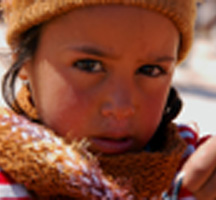 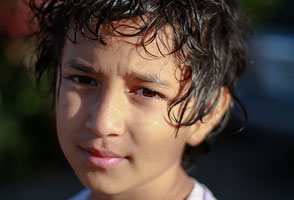 A constitutional monarchy, headed by King Abdullah II Bin Hussein, Jordan has spent the recent years developing and improving the standard of life for its citizens. Nevertheless and despite the ratification of the International Convention on the Rights of the Child, certain rights are not respected with regard to Jordanian youth. 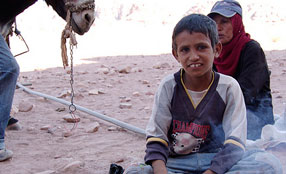 Jordan is not confronted with immense poverty. However, still 14% of the population lives below the poverty line.

Children from poor families are the most vulnerable. Ostracized by their status, some of their basic rights are violated, such as the right to health, education, etc.

The Jordanian medical system is improving year after year. However, some health indicators, including those focused on children must still be improved.

Indeed, even 13% of children are born underweight and 25 out of 1000 die before 5 years of age. This data certainly has evolved, still showing that the Jordanian health system does not yet allow young Jordanians to live in good health. 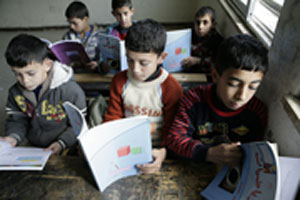 Public school is free in order to allow all children to access it. It is otherwise mandatory from age 6 until 16 years old. The teachers are very poorly paid and the premises are sometimes deplorable. These conditions limit the development of Jordanian education.

To remedy this, many private schools open and propose different methods: Western-style, co-ed and non-co-ed…This alternative is not a solution. It is heavily criticized because then, children from modest families cannot access it.


The legal age to marry in Jordan is 18 for girls and boys. However, a child of 15 years old can marry if the consent of a judge and guardian is obtained. Very often, these girls affected by this issue are forced by their parents.

An estimated 10% of young Jordanians are married before the age of 18. Many of these are forced.

Furthermore, in rural areas, forced marriage has become an alternative to honor killing. This being said, the raped girl is often forced to marry her rapist in order to preserve the family honor and also the life of the man responsible. 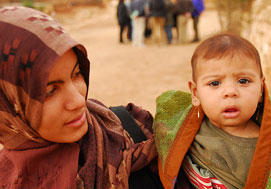 In Jordan, the violence takes many forms: physical, moral or sexual. This abuse occurs both in the home and at school. Afraid and ashamed to discuss this abuse, many children do not dare to speak in fear of violent repercussions.

The figures are alarming; it is estimated that 70% of children are victims of verbal aggression and 50% of physical assault.

The shortcomings of the legal system dealing with this are important. Quite often, the punishment against perpetrators is very lenient and thus does not discourage these practices.


In Jordan, the transmission of citizenship from a mother to her son can prove to be difficult. According to the laws of this country, a Jordanian woman married to a Jordanian non-citizen cannot transmit her nationality to her child.

In addition, the government also has refused to register some children when their mother was single, or when they were from an inter-religious marriage. Thus many children are stateless; this limits their right to free movement, access to public education and to the other government services.

Children confined in the government centers for juveniles may be the objects of multiple acts of violence. Indeed, some supervisors of these establishments do not hesitate to verbally abuse or sexually abuse these children.