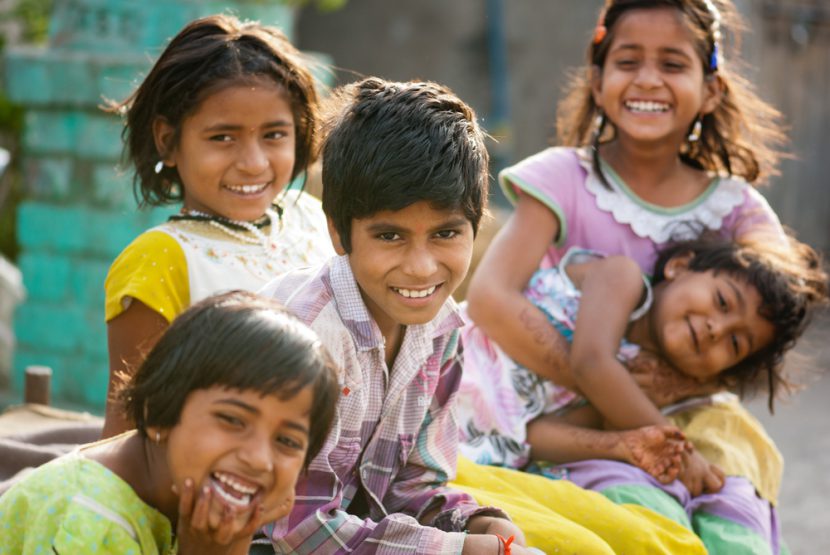 Families are considered incomplete without a child, who is loved and nurtured in a family. In India, this love for a child is different in families who do not have money to nurture their children. These families force their children to work so that they can bring in money to sustain themselves. These children are nothing but an alternate source of income. This sad reality in India has not only made children a commodity which is bought and sold, but also, contributed to the lost innocence of children.

They are children, not commodities

It all seems like exchanging goods for money when these tender hearts and bodies in India are valued for a few thousand which is not worth their precious innocent lives. Low-income families in India send away young children as bonded labourers ( bonded slaves).

It is a kind of modern-day slavery where children are separated from families and sent to work as domestic help or workers at textile factories, mills and glass industries. In return, their parents are paid a menial wage which is not of an equal worth to the hard work these children are forced to do.

The cheap labourers are availed by those families who barely get meal twice a day. They are lured by the wage pack offered by the commission agent who fixes a rate for their children and a promising meal pack, and in exchange, the children must go to work in harsh conditions in those factories where the children are exploited and kept in poor living conditions.

They are burdened at the age when they are supposed to explore and learn and consequently, they tend to grow up and turn gloomy.

The team of child-line 1098 rescued 6 children younger than 15 years from being trafficked to textile factories in Surat from various parts of Uttar Pradesh. There is a huge demand for labourers in these factories where almost all the packing work is done through labour-intensive techniques.

Poor helpless parents agree to send their children to go and get themselves burnt in the forge for 12,000 rupees[ 160 Euros approx..]. This could be described as a silent organized crime since parents, employers and authorities remain ignorant and often do not care even if those children lose their lives in these factories.

“I too want to go to school”

While working for child-rights I met an 11-year-old girl Samaira. She had been labouring ever since she was 8 years in a residential colony in Kanpur, India. She has not been to her hometown in Kolkata [ which is approx. 1000 km away] for more than 3 years. All she wants is to go to school and learn everything necessary for becoming an officer and earn respect and money.

She ran away from her employer’s place when she was handed 50 rupees for some household items. The opportunity of being freed knocked on her doors but the homeless girl didn’t know a single place to escape and get shelter.

This poor victim of child labour was regularly beaten up by the lady of the house and even threatened to be killed whenever she refused to work.

Being a Muslim she fasted in Ramadan but didn’t get any day off. Whenever she asked about the payroll she always received many threats and insults but eventually remained deprived of her wages and all of her dreams were throttled.

In the age of learning about the poets and the incredible things around the world, kids like Samaira have been burdened by their parents to fulfil their economic needs. The duties and responsibilities of their living are shifted on their shoulders too early.

Although the government is taking up the initiative of providing free and compulsory education for the children younger than 14 years by a legislative act, unfortunately, there are many children who are forced to realize their monetary worth in the earnings of the family.

The hunger is followed with glue sniffers

Even if Samaira would have managed to escape that house of cruelty, she would have only one place to go- streets. Where like most lost children, she would end up street girl addicted to glue-sniffing, with unkempt shaggy hair, extremely tanned body, ragged clothes, dirt filled nails, bare feet, foul smelling and malnourished bodies.

Often younger than 13 years of age, these are the ones who have fled home because of poverty, financial burdens, hunger and insecurity. Deprived of all the necessities (food, shelter, clothing and education are the rights of a human being), they seek and find peace, enjoyment and fulfilment in their inhaling practices.

They pick up rags, run menial errands or if they are lucky to find some gold in the garbage, and everything they’ve collected by the end of the day goes into buying glue which, in their words, helps them to withstand the lack of sleep, cold and hunger.

Their lives have taught them to be independent and they must earn survival, mainly because the gross income of the earners in their families is not enough for their own survival. The widened gap between the rich and the poor, the haves and the have-nots should be bridged, if we want a better world for children, especially for children who are displaced.