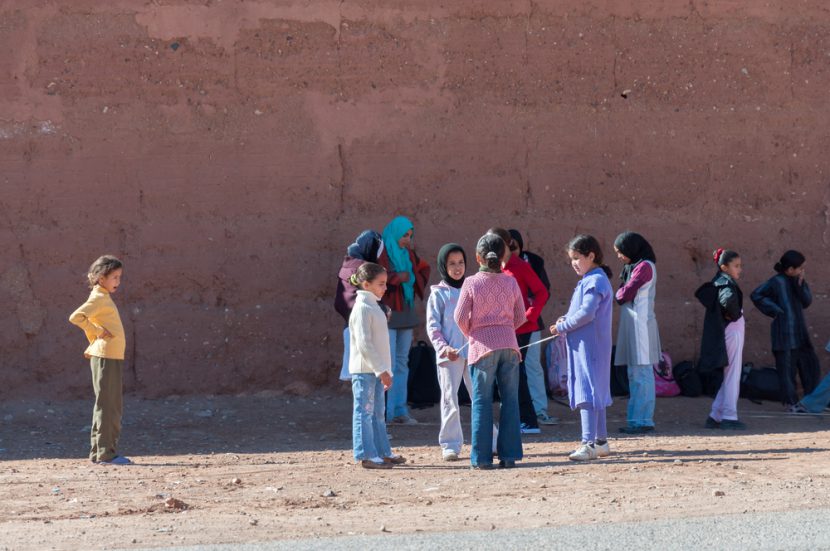 In a country where close to 10 million people are illiterate and 1,137,546 children, teenagers and young people have not received a primary or secondary education (UNESCO), education poses a major challenge.

In Morocco, there has been some progress in recent years thanks to new reforms in the education system. This progress remains insufficient however, due to the effects of poverty, child labour, the significant difference between rural and urban environments, and, above all, the gender inequality in education.

Education in rural areas under threat

In Morocco, the gap between rural and urban areas is one of the main obstacles for the country’s development. We note that poverty largely affects people living in rural areas. 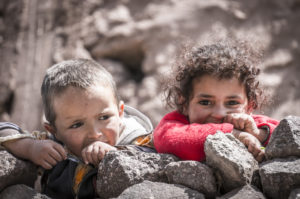 “Morocco has 1.6 million citizens living in poverty, nearly 80% of whom live in the countryside. This means a total of 1,275,000 people live below the poverty line in the country” (El Hourri, 2016) and children are the first victims of this social and economic inequality.

Some rural areas are cruelly lacking in infrastructure such as access to drinking water, healthcare centres, electricity and public transport; the roads are in poor condition and schools are located many kilometres from residential areas.

This means that children have to walk tens of kilometres each day in difficult conditions on dangerous roads and in bad weather. All of these factors exacerbate the problem of non-attendance of children at school, and encourages school dropouts, which is on the rise in rural regions.

This trend is also on the rise in urban areas, as the education system does not help children who are performing poorly, offers little choice in terms of training and does not provide any extracurricular activities, which motivate pupils and help them thrive.

Girls are the first to be deprived of schooling. “In 2004, 58.18% of girls in rural areas did not got to school, in contrast with 18.68% in urban areas” (Eba Nguema, 2015). In 2012, almost 20,186 girls did not receive schooling, in contrast with 17,183 boys (UNESCO).Several factors contribute to this, including the mentalities and traditions that favour boys’ education more than that of girls, the number of young girls forced to work and early marriage.

This all endangers the education, health and development of girls. Poverty and ignorance lead parents to send their girls to work as maids so they become ‘a source of income’, rather than giving them an education.

“According to the Collectif pour l’Eradication du Travail des Petites Bonnes [the Collective for the Eradication of Young Maid Labour], between 60,000 and 80,000 girls between the ages of eight and 15 are employed as maids in Morocco” (El Massioui, Mengad, 2016). They are then exploited by their employers, some are subjected to physical and psychological violence, have almost no rest days and , as a result, do not go to school.

Early marriage is also a considerable obstacle to girls’ education and a huge deprivation of their fundamental rights. “Young girls are married at 16, 15 and even before the age of 14. In some remote regions, 83% of women getting married are actually minors” (Alaoui, 2016).

These young girls find themselves without an education and bearing a responsibility that is inappropriate for their young age. This desperate situation makes it difficult to break out of the cycle of ignorance, illiteracy and poverty.

Child labour as an obstacle to accessing education

That said, it is not just girls who are forced to support their families’ financial needs rather than receive an education. These families are not fully aware of the importance of an education to their children’s lives.


In Morocco, it is almost commonplace to see children working. Even though the number has dropped over the last few years, it remains too high. In reality, this scourge affects 69,000 children (huffpostmaghreb, 2015). Children find themselves forced to do gruelling work without any regulations for up to 32 hours a week. This is detrimental to their growth and development as they are deprived of their right to an education, which robs them of any chance of getting out of poverty.

However, there are many organisations working to combat child labour. “These organisations run projects to organise campaigns to raise awareness about the gravity of child labour, the removal of children under the age of 15 from workplaces, improvements to the working conditions of children aged between 15 and 18 and a ban on employing them in dangerous conditions” (Infomediaire, 2015).