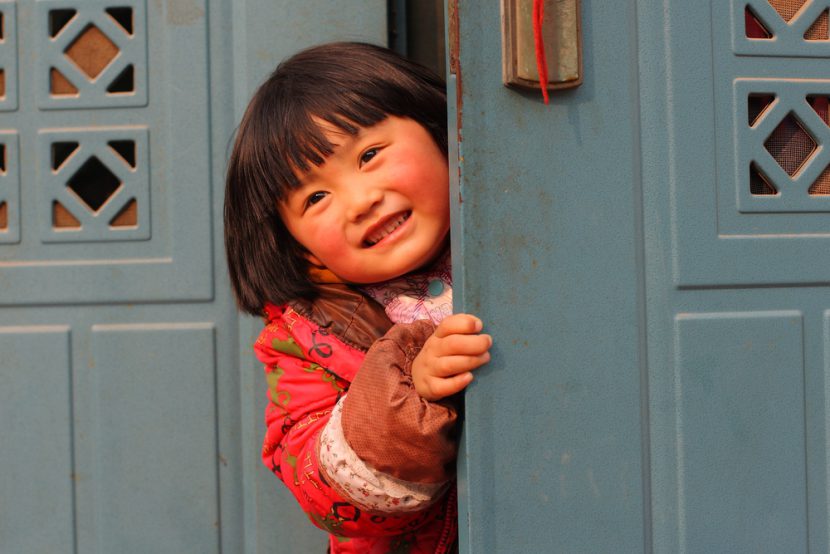 China is experiencing a massive labour migration from rural areas to cities. In 2009, 11% of the population, around 145 million people, moved from the countryside to large cities to find employment (Hu, 2012). But those migrating for work are not always without family ties; many of them are also parents who have had to make a choice between their family life and economic opportunities elsewhere. Many hope that the money they will earn in the city will allow them to support their children’s future.

As a result of this migration, there are around 61 million children left behind in Chinese rural areas, either living with one parent or with other relatives – most often grandparents (Pedroletti, 2016). Two million of these children are left on their own (The Economist, 2015). These children are commonly called liushou ertong (left-behind children).

“If there were no legal barriers, we would bring him with us.” Liu Ting, mother of 12 y.o. Tang Yuwen(1) 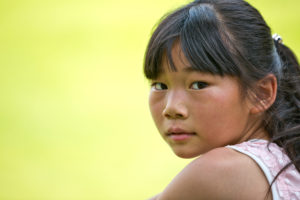 The Hukou system is to a large extent responsible for this situation. Hukou is a residency permit which allows its holder to access social services such as education or healthcare for free in the area where the person lives. Under this system, if a child moves from a village to a city with their parents, that child will not be able to go to school or the doctor for free. Thus, taking children with them becomes too much of a financial burden for many workers (Al Jazeera, 101 East, 2016).

In addition, long working hours and long commutes do not leave much time for parents to take care of their children once in the city. Additionally, some parents live in factory dormitories where they cannot bring children to live with them (The Economist, 2015).

“I’m so worried, because I’m not with him […] I worry about his safety.” Liu Ting

Left-behind children are vulnerable to abuse because they do not have parents to protect them or stand up for them. They may be victims of bullying at school or of abuse by adults (either by their guardians or others). In 2015, “a teacher got life in prison for raping 12 of his pupils, 11 of whom had been left behind” (The Economist, 2015). The same year, a disabled 15-year-old girl and her brother, both left behind, were murdered by distant relatives who had raped the girl and were afraid it would be discovered (Ibid.). Another safety concern is that left-behind children may turn to criminality, as they do not have adult supervision and are left to survive on their own.

“I know it is hard for mum and dad to earn money […] but I miss them so much, it is very painful.” Tang Yuwen 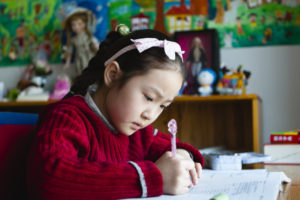 The Chinese NGO “On the Road to School” (Shangxuelushang) reports that 9 million left-behind children only see their parents once per year (Pedroletti, 2016) and over 2 million have not even received a phone call for a year (China Development Brief, 2015). The absence of parents has an impact on the mental health of children, and left-behind children are prone to anxiety and depression, a lack of self-esteem, and a sense of abandonment. This sometimes leads to tragic events: in 2015, in Bije, a 13-year-old boy poisoned his little sisters before committing suicide, leaving a note that read: “death has been my dream for years” (The Economist, 2015). In addition, research reveals that the parents’ absence also impacts children’s school performance, emotional and social functioning, and development when compared to other children living with their parents (The Economist, 2015).

To resolve this problem, the Chinese government has started a program to train social workers that help the left-behind children. But the program is not wide-reaching, and only 0.5% of left-behind children currently benefit from it (The Economist, 2015). Another solution would be to reform the Hukou system to make it easier for parents to bring their children with them when migrating. Finally, creating jobs in the countryside could also allow families to stay together (Ibid.).

(1) All quotes from parents and children used as subtitles are from the BBC article ‘Counting the cost of China’s left-behind children’: http://www.bbc.com/news/world-asia-china-35994481