The Karama Organisation is an association offering sporting, creative and play activities to Palestinian refugee children in Dheisheh. The camp, situated in Cisjordanie, south of Bethlehem, is providing shelter for 15,000 people, half of whom are younger than eighteen. 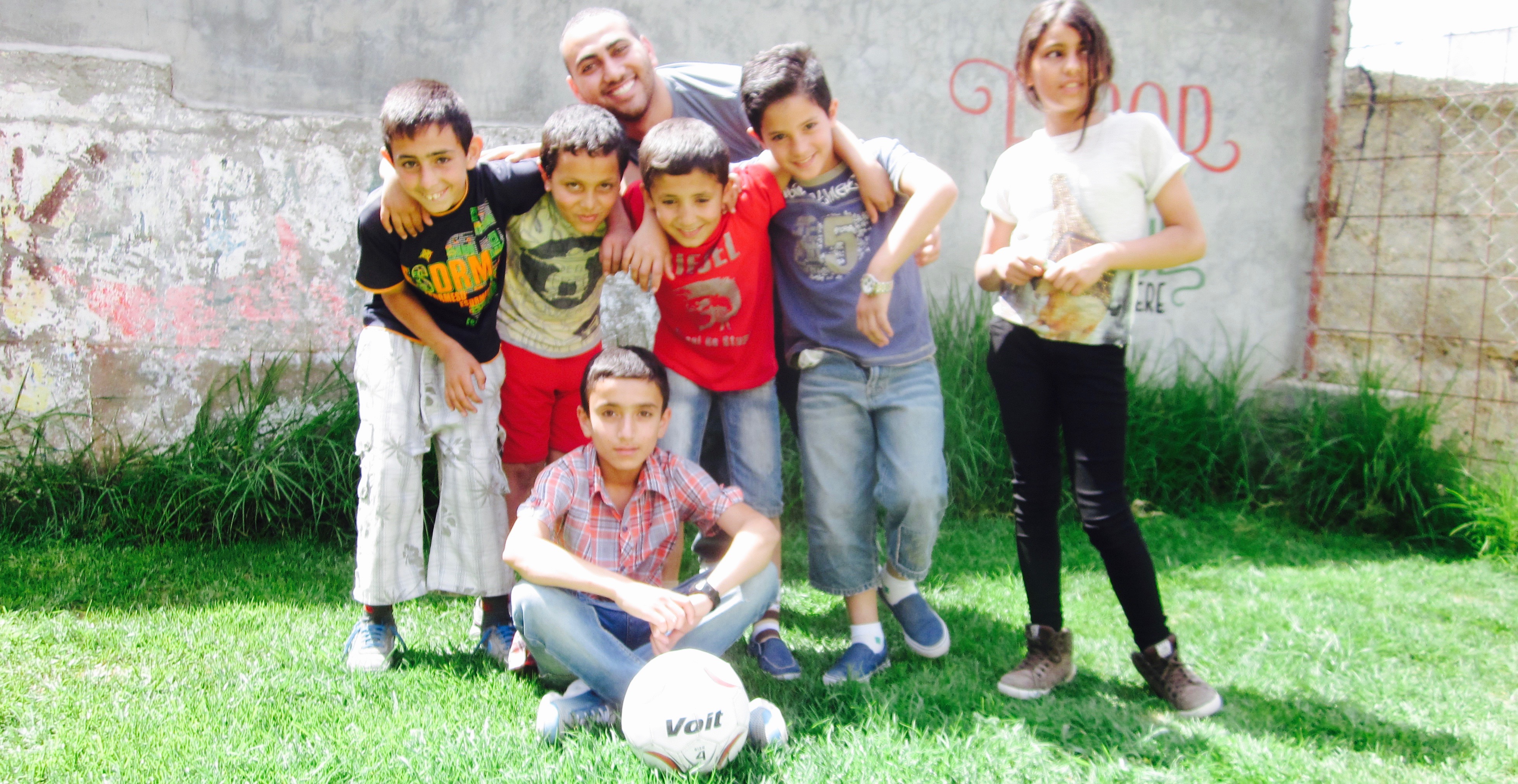 The children live under difficult conditions.  Not only is the Israeli occupation an ever-present source of anxiety, but their access to education and leisure activities is also compromised.

Due to the overpopulation of the camp, schooling can only be offered to some of the children, and, with the vast numbers around them, they struggle to concentrate.  In other respects, opportunities for play, relaxation and just for ‘letting off steam,’ which are just as essential to the development and well-being of the children, are almost non existent due to lack of space.

To give the children of Dheisheh the opportunity to enjoy their childhood, to develop their personalities, to escape their daily lives, and to show that they are capable of learning in the classroom, the Karama organisation committed to develop a sporting infrastructure in the centre of the camp. In 2014, in order to get this underway, Humanium invested 1,000 euros in a project to renovate a playground.

The aim of the operation was to restore a muddy and inhospitable patch of ground over a period of two years, and to equip it with a badminton net, a football goal, and basketball nets.

Unfortunately, just as the grass had become established at the end of 2014, the children’s activities, combined with the poor quality of the soil, meant that it needed returfing.  Returning to the starting point involved a long wait due to the weather, which didn’t offer the opportunity for a second attempt to reseed the ground.

The children can now give free rein to their imagination! 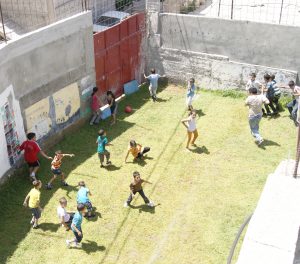 Nevertheless, the Karama organisers have persevered since the Spring of 2015, and thanks  to their patience and extra supplies of fertiliser, the recreation ground at Dheisheh has become ready for play, and is widely used by the Palestinian children during their free time.

Thanks to this playground, the children now have a safe and well equipped place where they can become lost in their favourite games, improve their skills, unleash their imaginations, and just ‘let go.’

With fifteen additional international volunteers, the Karama Organisation has even been able to invite children from the nearby village of Khirbet Zakaria to play during the summer holidays.

Despite the pitfalls, the final result is that a greater number of children than anticipated can happily enjoy the recreation ground, partially funded by Humanium.