What is the Convention on the Rights of the Child?

The Convention on the Rights of the Child (CRC) is one of the most widely approved and ratified treaties on human rights in history. Adopted by the UN General Assembly on 20 November, 1989, the Convention promotes the rights of children around the world. The CRC recognizes the right of every child to grow socially, mentally and physically to the best of their potential, to participate in decisions that affect their future and to freely express their opinion. The Convention’s 54 articles concern the survival and well-being of children, their development, protection, and participation in social life.

So why has the United States refused to ratify it? 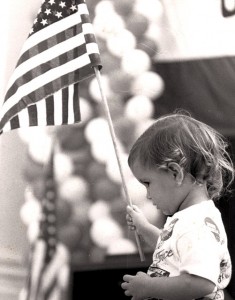 Although Presidents Obama and Clinton have given their support to this Convention, the opposition of Republicans in the Senate is far too powerful for it to be ratified.

The preferred argument of the latter is that the CRC undermines American sovereignty, as is often the case with treaties issued by the United Nations.
Some parents’ associations are also opposed to it for fear of weakened parental authority, especially concerning sexual and religious education.


Mais However, the main problem lies in US law. Despite the fact that the majority of US law is in concordance with the principles written in the Convention on the Rights of the Child, life imprisonment of minors – legal in the US – is an exception. Until 2005, children under 18 could even be sentenced to death on American soil. Moreover, a third of US states allow corporal punishment in schools and nothing is specified for private settings.

This creates a considerable gap vis-à-vis the key principles that underlie the Convention on the Rights of the Child and would require a radical change in US law.