The Right to Protection in the World

Overview of children’s rights to protection around the world

Today, as much in industrialised countries as those in development, from wealthy or disadvantaged backgrounds, and whether living in peace and security or in dangerous or emergency situations, children are victims of discrimination, abuse and exploitation.

Abuse: a reality for millions of children

Violence and exploitation against children 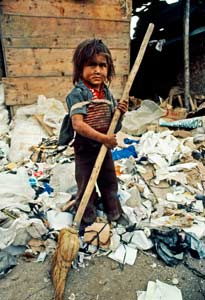 Between 500 million and 1.5 billion children are subjected to violence each year. In addition, each year, around 150 million girls and 73 million boys are victims of sexual abuse. The majority of abuse cases take place within the family circle or when the children are victims of child labor exploitation.

Child labor exploitation puts children in the hands of unscrupulous employers who do not hesitate to charge them with extremely difficult and dangerous tasks, involving carrying heavy materials or coming into contact with harmful products. The worst forms of child exploitation similarly expose them to degrading activities such as prostitution and pornography.

Discrimination increases the risks of abuse

Discrimination based on sex, social origin, ethnicity or disability is also a major factor in child abuse. Every day, millions of children around the world are discriminated against; innocent victims of humiliating, offensive insults or, worse still, acts of violence. In an incredibly vulnerable state these children have no one to confide in and cannot defend themselves.

Discrimination also gives rise to the exploitation of children. The worst forms of labor are generally forced upon children from minority groups or disadvantaged backgrounds.

Such children, often excluded and marginalised, have to contend with indifference and are more likely to be badly treated. Furthermore, children with disabilities, due to their vulnerability, are particularly at risk of physical violence and sexual abuse.

The loss of a protective environment

In crisis situations, protective measures are often put on hold. Thus, when armed conflicts and natural catastrophes arise, children do not benefit from a protective environment that guarantees their well-being. They generally suffer from a lack of nutrition, water or essential care.

Furthermore, emergency situations force adults to concentrate on resolving the crisis, and the children’s needs are subsequently neglected. As a result, children feel less secure and more vulnerable to violence and the various forms of exploitation.

The impact of armed conflict on children 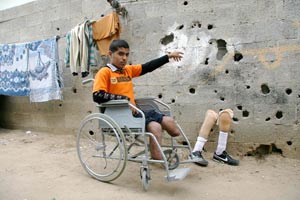 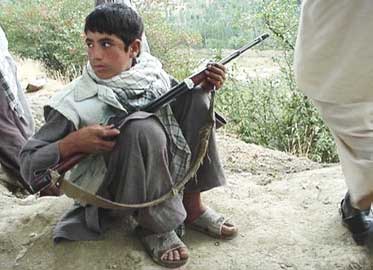 In addition, more than 300,000 child-soldiers are enrolled in the forces. The children are witnesses to atrocities, often on a daily basis, and only very rarely do they survive combat.

Armed conflict is also the cause of numerous cases of violence towards young girls and women. Army groups attack women and girls as part of military strategy to destabilise their adversaries.

And even though these practices have been declared as a grave violation of human rights and a war crime, they are still common amongst the majority of armed conflicts.