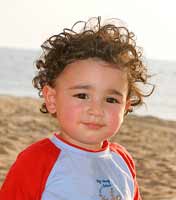 Saudi Arabia, the leading global oil producer is one of the richest countries in the world. However, not all Saudis live in luxury as might be imagined. This country, disparate in terms of wealth, does not allow all children to enjoy the same rights. Some of them see many of their rights violated. 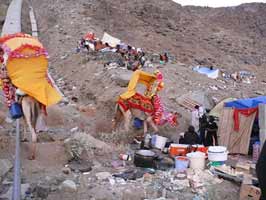 Despite all the stereotypes about Saudi Arabia’s wealth, poverty is well and truly present. This subject is no longer taboo and it is now possible to find out what is “behind the scenes.”

Poor families often shelter in small apartments and are forced to limit the basic rights of their children: food, drinking water, and health care.

Staff in the healthcare system, mostly foreign nationals, do not speak Arabic, which is a crucial barrier. Since the population only speaks this language, doctors’ advice cannot be understood, and this has serious consequences for the lives of children.

Incidents of child abuse are fairly common in Saudi Arabia: about 70 cases are reported annually and many are ignored. To fight against this scourge, an awareness program has been set up for medical professionals to help them to easily detect signs of abuse. 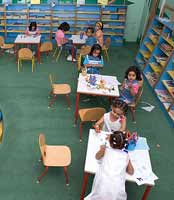 Only 85% of children attend school. In fact, the school is not compulsory in Saudi Arabia. Stateless children are the first affected by this problem.

School is not free for them and it is sometimes difficult for their families to finance their education. In addition, Islamic religious studies are considered of greater importance in the Saudi educational system.

Therefore, girls and boys go to different schools and these have a separate budget. Some discrimination can then be detected against girls, as the Saudis tend to rely heavily on the boys for the future of the country. 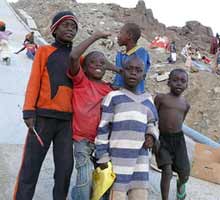 Saudi minors cannot travel freely abroad, and the issuance of a passport, as well as a visa, is required.

To get this passport, Saudi children must obtain the consent of a male guardian. These children, despite obtaining these official papers may be banned from traveling abroad.

Indeed, government entities and the male members of the family can put children on a “black list” and prohibit all travel for them


In Saudi Arabia, criteria for obtaining citizenship are strict: childbirth after the marriage of his parents, the parents must have their papers; only the father can pass on nationality. Therefore, it results in a significant number of stateless children, who have no access to free education and medical care.

Saudi Arabia has ratified the Convention on the Rights of the Child which prohibits death penalty for minors. However, this is not respected by this country. Indeed, some children, minors at the time of the crime for which they are found guilty, were executed by the Saudi authorities. The last such execution recorded was in 2009.

With 15.8 tons of CO2 per capita per year, Saudi Arabia is one of the worst polluting nations on the planet. This has an impact on children’s lives and their future perspectives. All children have the right to live in a healthy environment. Saudi Arabia must make real progress to reduce its environmental footprint.