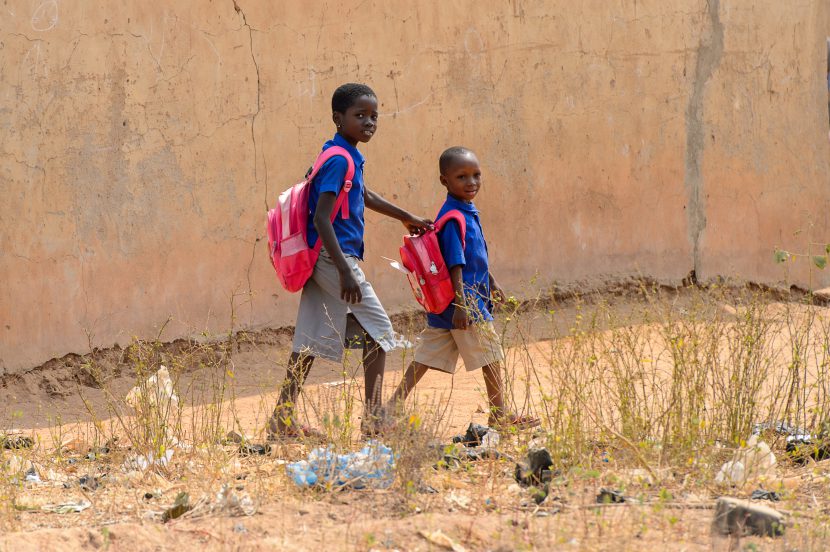 The right to education is essential in order to ensure a bright future for all children – and above all, this education must respect children and their bodily integrity. In Senegal, despite government efforts to promote education, difficulties remain, and many girls suffer harassment and sexual abuse from teachers and educational staff. Human Rights Watch (HRW) denounced this in a recently published report entitled “‘It’s Not Normal’: Sexual Exploitation, Harassment and Abuse in Secondary Schools in Senegal” [1].This report was written in cooperation with the Senegalese charity Youth Women for Action, and includes testimonials from students, parents, teachers, the educational community, and others from civil society.

A grave infringement of children’s rights

The majority of cases involve teachers abusing their authority to engage in sexual relations with students in exchange for good grades, or even “money, food, mobile phones, or clothes”. Despite the fact that such action is forbidden under the Senegalese Criminal Code [2], the facts reveal too many violations and a high degree of impunity.

This impunity results from the fact that in the majority of cases, the Senegalese girls who are victims of abuse and rape do not report their attackers because talking about sexual harassment remains taboo. Others prefer not to complain for fear of reprisals.

Similarly, HRW revealed in its report that there is a culture of silence surrounding such offences. For example, teachers’ status within the community means that they are respected because they are providers of education, and are therefore important for the village’s well-being. This means that even parents of children who have been sexually abused encourage them not to report it in order to avoid harming the community. This culture of silence also results in a certain unwillingness among parents to report abuse, because they are worried about their reputation within the community. One testimonial conveys this viewpoint: “People look at you in a different way … our tradition really bans a girl from getting pregnant [outside marriage]”. It is this community pressure that pushes families not to file reports. As such, “when parents find out that a girl or young woman is pregnant outside marriage, they prefer to settle conditions with the baby’s father, or arrange a marriage between them.” This “amicable” settling of the matter is a way of avoiding justice, and thus avoids the risk of a negative image within the community.

The report – which includes testimonials from children as well as from parents, educational experts, psychologists and activists – highlights this serious issue, and emphasises the need to stop silencing victims. It also denounces the lack of government action, which has a key role to play.

In schools, some headteachers have carried out an awareness-raising campaign aimed at teachers to ensure they respect the profession and abide by its ethical values. However, despite these warnings, inappropriate behaviour and cases of student-teacher “relationships” continue to proliferate.

Currently, there is a government initiative designed to support girls’ education. Teachers who are members of this initiative believe and hope that sexual violence experienced by students will fall dramatically after the children receives in-depth training on the rights of the child and violence against children.

Senegal has nonetheless made efforts in terms of child protection. For example, the government has created a comprehensive national child protection strategy. This new system, the report states, “introduced child protection committees, which are set up to bring together a range of education, judicial and local government representatives with NGOs and other actors that help children affected by violence.” Practices like this has also improved coordination between all stakeholders to help prevent violence and abuse against children and to facilitate the reporting of cases where children’s rights are violated.

However, despite these innovations, the government has not allocated sufficient resources to roll out this initiative effectively. This alone is not the only reason for its failure – other issues also play their part. Very often, headteachers have significant influence over whether offences are reported to the police or education inspection services. The lack of reporting can be explained by a number of different factors. These include headteacher bias, as school leaders often prefer to deal with the problem within the school to avoid having the authorities intervene, as well as headteachers’ fear of losing staff, the lack of a definition of sexual exploitation in school guidelines, and often a widespread local culture of “girl-blaming”, a cultural perception in Senegal in which girls and young women are seen as responsible for their teachers’ advances.

All of these problems make it difficult to apply government measures to help resolve the issue of sexual violence. However, the publishing of this report by Human Rights Watch is an opportunity to denounce such actions, and it also helps give people the freedom to talk about this topic that remains taboo in Senegalese society.

At Humanium, we strive to defend the rights of all children all over the world by raising awareness of our cause, by changing mindsets and by working directly in the field.

Visit our website, https://www.humanium.org/en, to find out more about our work, to contact the Humanium team, and to stand with us as we help to improve the lives of thousands of children all over the world!