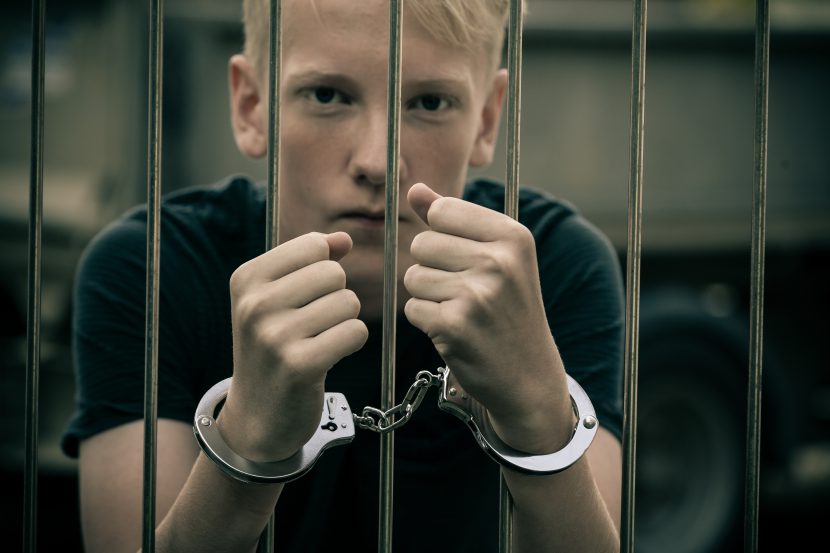 Youth /juːθ/ noun : the period between childhood and adult age.
In other words, the period where no one truly considers you as an adult yet or as a child anymore. These years can be very tricky for our youth, most often being the period where they would need the most support and guidance but receive the least because “ay, you’re not a kid anymore, grow up!” We often hear, “youth is the backbone of our nation”, yet we constantly fail to give them the necessary tools to take over the world, instead they become invisible to the public eye while having to live up to everyone’s expectations.
So what happened to being the backbone of the nation? When did they fall to the background of priorities? Youth is meant to rhyme with dream, fun, exploring yet for the past decades in the United Kingdom, Youth has been rhyming with crime in front of politicians’ eyes constantly looking away.

The Youth Justice Statistics, published in January 2018, highlight yet another staggering amount of children entering the Youth Justice System with over 14 000 new entrants, 26 000 children cautioned or sentenced and close to 71 000 offences in 2017 alone. The average sentencing time has seen its first year-on-year growth for children within the Justice System. In addition, the level of offences involving knives or offensive weapons has witnessed a net upsurge with over 40 000 offences registered that year designing a 7% increase within the Youth community. Moreover, the Youth Justice System has yet again failed to deter these children from committing further criminal offences, as close to 41% of children reoffended within 12 months and committed an average of 3.92 offences (Ministry of Justice, 2018).
This report as well as the longevity and recurrent nature of the issue beg the question: is the British government doing enough to support and protect our Youth?
The current government, along with its predecessors, have been desperately clueless and ineffective on the criminal situation impacting our Youth. The perfect example is one following the publication of these Youth Justice Statistics where the current government issued a policy in hopes to tackle knife crime. This legal text hopes to reduce knife crime by banning a delivery of knives if one was to order it online (BBC, 2017). This equals to treating our Youth like we would with our toddlers, by putting the jar of biscuits at the top of the cabinet hoping he doesn’t reach and most importantly, looking away if the toddler finds a more dangerous way to access them. Members of Parliament evidently fail to seize the importance of Youth crime and verge the disrespect to victims’ families by handling knife crime in such a laughable way. Another example highlights the cluelessness of the government. Acid attacks have been on the rise for the past years across England, as a result the government issued a law where acid would no longer be available for sale to minors (under 18 years of age) (News AU, 2017). In other words, they plan on eradicating acid attacks the same way they have for alcohol and cigarettes, as it is true I have never witnessed a minor with a can of Fosters or a pack of Malboro in his hand (ironic tone). The British Government has been a direct accomplice to this criminal rise and is constantly turning a blind eye because it costs too much and because “who cares about young criminals? They are monsters doing terrible things.” It is time to brush past that traditional thinking and realise that a path to criminality exists, especially for young and vulnerable children, and that without investment, support and guidance, any of our children, landing within the wrong set of circumstances, could end up in the Youth Justice System, and most importantly, fail to exit it.

Time for another approach: Let’s protect, support and guide our children

No child is born a criminal.
Circumstances, environments, surroundings can all play a role in building an unconscious path to criminality, they are called risk factors. Risk factors can be understood as external elements increasing the probability of an individual becoming a criminal offender (Mann et al, 2010). They in no way excuse the actions themselves but have enabled researchers and practitioners within the Justice System to understand crime, offenders and to draw tailored approaches to tackle crime prior it is committed. With regards to young offenders, numerous risk factors have been discovered and the main ones can be divided in 4 categories Individual, Family, Peer and School/Community. With regards to the “Individual” category, elements such as early antisocial behaviour, low behavioural inhibitions, poor cognitive development or hyperactivity can be understood as factors which, if not understood, targeted and resolved, can increase the child’s probability of offending. Family risk factors can take different forms. A child is considered importantly more likely to offend if exposed early to signs of violence within his “safe environment” (a.k.a. family). History of home discord, maltreatment and abuse, large families, poverty, domestic violence, divorce, teenage parenthood, repeated parent-child conflict, low positive parental involvement are all elements which can simplify and accustom the vision and apprehension of violence within a child’s mind making him more likely to be violent in the future. In addition, we often hear the common saying “we are who we surround ourselves with”, therefore whether it is family or peers, they can hold very negative influences driving a young vulnerable individual to do things he or she wouldn’t necessarily do on her/his own. Spending time with peers who engage in delinquent or risky behaviours, gang involvement and minimal exposure to positive social opportunities (due to bullying or rejection) can all have an impact on the probability of future criminal involvement. Finally, school and communities possibly hold the greatest part of our social involvement thus directly and indirectly shape the person we become in the future. Poor academic performance, enrolment in schools that are unsafe, low commitment to school, low educational aspirations, exclusion, living in an impoverished neighbourhood, high crime neighbourhoods can all have the impact of deriving a child from lawful future perspectives.
No single risk factor leads a young person to delinquency. It is important to specify that because a child holds certain risk factors, it does not mean he will automatically commit a criminal offence (Doren, 2002). . Resilience is an important part in the process. However it does increase the probability, the more risk factors a youth is exposed to, the more likely he is to enter the Youth Justice System, and the government’s aim should be to target this likelihood in order to reduce it as much as possible (Arnold, 2007, Bonta, 2002).

What needs to be done?

It is no coincidence since budgets towards Youth Services were cut, youth criminality has been rising again. A recent study shows that funding available per child for all children’s services across England fell from £813 in 2010 to £553 in 2017. Councils in London, where youth criminality is reaching extreme levels, have suffered the most extensive cuts with an overall 49% decrease (Action for Children, Barnardo’s, NSPCC, The Children’s Society, National Children’s Bureau, 2018). Most of the risk factors listed above can be addressed with the adequate support and guidance, but most importantly investment. The British government needs to change its approach to crime and assess the damages caused by previous political decisions. Prison sentencing has failed to prove its deterrent effect (increase of recidivism rates despite an increase in prison sentencing Prison Reform Trust, 2017). A youth exiting prison but returning to the same environment that led him to it will not reduce crime. It is time to invest in the protection of our Youth, to develop alternatives like mentoring (Joliffe and Farrington, 2007) , discharge planning (Mellow and Christian, 2008), to promote positive social interactions within sensitive neighbourhood by the means of local sports club for instance, provide support for children in family or educational hardship, develop further assistance to poor neighbourhoods. The list of possibilities to reduce a child’s probability of ending in crime or to prevent him from reoffending is endless, explaining the general misunderstanding when members of Parliament decide to focus on banning online knife delivery.
On this International Youth Day, it is time to reflect on the treatment we directly or indirectly inflect on our Youth. They remain the backbone of the Nation, some might need further assistance and support in order to bring its stone to the building, but understanding needs to prevail on stereotyping, support needs to overcome exclusion, education needs to win over punishment.
Let’s help our Youth, that way we will help ourselves.

We, at Humanium, strive to defend the rights of every child in the world, by raising awareness of our cause, working directly in the field and changing mindsets.
Visit our website https://www.humanium.org/en/ to learn more about children’s rights and our work, to contact Humanium’s team, and to stand beside us in improving the lives of thousands of children, the youth of tomorrow, throughout the world !