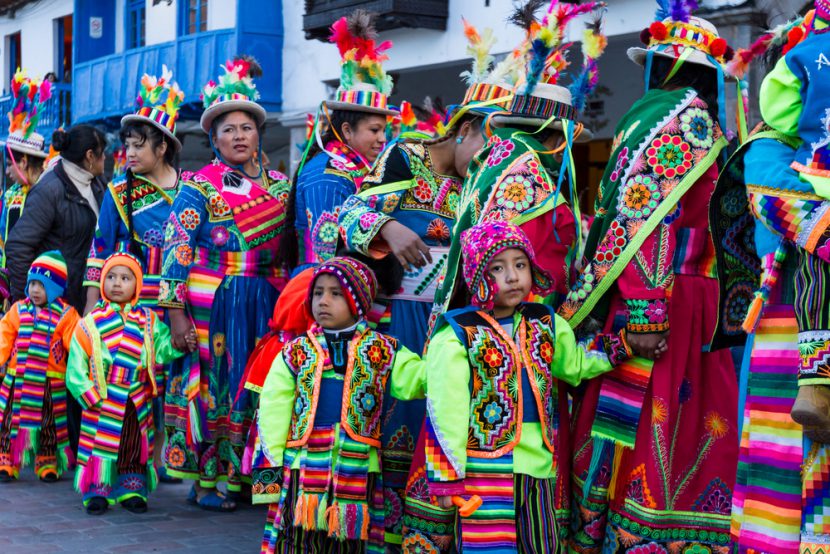 Humanium is acutely aware of the need to support these people, and has been working to meet the needs of these communities for 11 years. We firmly believe in the collective power that stems from these people and their appeals for solidarity to implement solutions. That’s why Humanium is taking part in this day to support indigenous people, especially children of indigenous people, to preserve their languages, but also their lands, their territories and their natural resources.

Every year on 9 August, the United Nations and all the people of the world have the opportunity to celebrate the International Day of the World’s Indigenous Peoples, which brings together indigenous peoples’ organisations, United Nations institutions, Member States, civil society and relevant stakeholders. This year, it will take place in the ECOSOC chamber and the visitors’ hall at the UN headquarters in New York.

This celebration is designed to highlight the crucial need to reintroduce, preserve and promote indigenous languages.

What are the challenges?

According to UNESCO, around 600 languages have disappeared[3] over the last century, and languages are continuing to vanish at the rate of one every two weeks. Up to 90% of the world’s languages are at risk of disappearing before the end of this century if current trends continue. In addition, the traditional method of learning indigenous languages from family is becoming less and less common.

Indigenous peoples, although protected internationally by the Declaration on the Rights of Indigenous Peoples[4], remain vulnerable as a result of the non-binding effect of the Declaration and because of their minority status and potential abuse by authorities. The collective rights[5] promoted by the Declaration may contradict States’ interests. These national interests may adversely affect such rights by degrading their land or depriving them of their territories and their natural resources. However, the context of biodiversity has highlighted the importance of respecting the environment, and, by extension, of protecting the land and resources of indigenous peoples against government authorities.

In addition, the Declaration on the Rights of Indigenous Peoples recognises the right to self-determination, stated in article 3 of the Declaration: “By virtue of that right [indigenous peoples] freely determine their political status and freely pursue their economic, social and cultural development.” This is a primordial principle in the recognition of indigenous peoples.

However, as mentioned above, the Declaration is not binding on States, and only the Indigenous and Tribal Peoples Convention (no. 169) of 1989 has a binding effect. Despite this, it has been ratified by only 23 States since entering into force in 1991.

It is a significant challenge. More than their languages, it is indigenous peoples themselves and their lands that are in danger. State recognition of indigenous peoples must be concrete, and must not be used to serve diplomatic interests. Instead, States should establish legal protection for indigenous peoples and respect for their collective rights, and should ratify an international instrument to bind States.

Similarly, as the 30th anniversary of the UN Convention on the Rights of the Child approaches, we must alert the world to the needs of the future generations of these indigenous peoples and resolve the instability in which their children are growing up as soon as possible. Humanium is striving to ensure respect for Agenda 2030 for all children, wherever they are in the world.

References
[1] Resolution A/RES/71/178, para.13.
[2] Resolution A/RES/71/178, adopted by the UN General Assembly on 19 December 2016.
[3] Indigenous languages: UN fact sheet https://www.un.org/french/events/iyl/autochtone.pdf
[4] Declaration adopted by the UN General Assembly in September 2007 by 143 votes to 4.
[5] “Rights which are indispensable for their existence, well-being and integral development as peoples”, preamble to the United Nations Declaration on the rights of indigenous people.