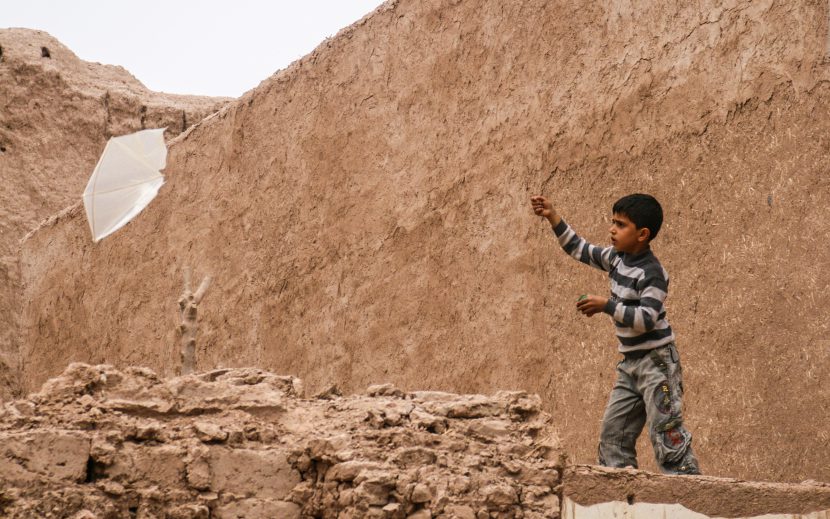 At 15, we dream of a future painted in the colors of our passions, and our desires are affirmed in the midst of the first parties, scholarly dilemmas, loves, and in inextinguishable friendships. But in Kaboul, Herat  or Kandahar, for millions of teenagers, the present bombarded the playground and the future is uncertain. According to the United Nations High Commission on Refugees (UNHCR), Afghanistan is the second-most common country of origin for exiled people, with more than 2.6 million refugees in more than 70 countries (Amnesty Report 2017/2018). Among them, many young boys brave all types of dangers to have a chance to restart elsewhere and help their family, safely. The following is an account of the perilous journey of these adolescents, who cross borders with hope attached to their body.

What are they fleeing?

Afghanistan has seen continuous conflict since the 1980s. A major battlefront during the Cold War, the country found itself under Soviet influence in 1978. The occupation lasted 14 years, punctuated by confrontations with opposition groups trained by the U.S. After the retreat of Russian troops in 1992, the country erupted in civil war, followed by political instability and international military interventions. Today, according to a study by the BBC, 70% of the country is under Taliban control (Cnews, January, 2018). Daily life is full of attacks perpetrated by the Taliban, in attempts to seize territory or by the Islamic State, who has emerged and created sectarian tensions leading to growing insecurity for the Shiite population who is often the target of their attacks (Libération, February, 2018). As for the executive, it is disputed: the state military, as well as international forces, are responsible for 23% of the 8,397 civilian deaths in 2016 (Rapport Amnesty 2016/2017). Even though the government tried to limit the number of civilian victims in ground operations, in 2017, the number of killed or wounded civilians due to airstrikes, of which around 2/3 were women or children, increased by around 50% compared to 2016 (Rapport Amnesty 2017/2018). The population is caught between attacks by insurgent armed groups, government repression that kills, injures, and enrolls child soldiers, and international military intervention. Constant insecurity is growing while health and education decline. Women and girls are publicly punished by armed groups and everyone lives under the threat of torture by rebel groups. UNAMA documented 26 cases of public execution, flogging and beatings between January 1 – June 30 2016. (Amnesty report 2016/2017). These punishments were imposed for alleged Sharia violations as well as for espionage or links with security forces. In this context, millions of Afghans are fleeing the country and some families entrust their children to smugglers with the uncertain hope that they can reach Europe.

An Odyssey with Death at the Borders 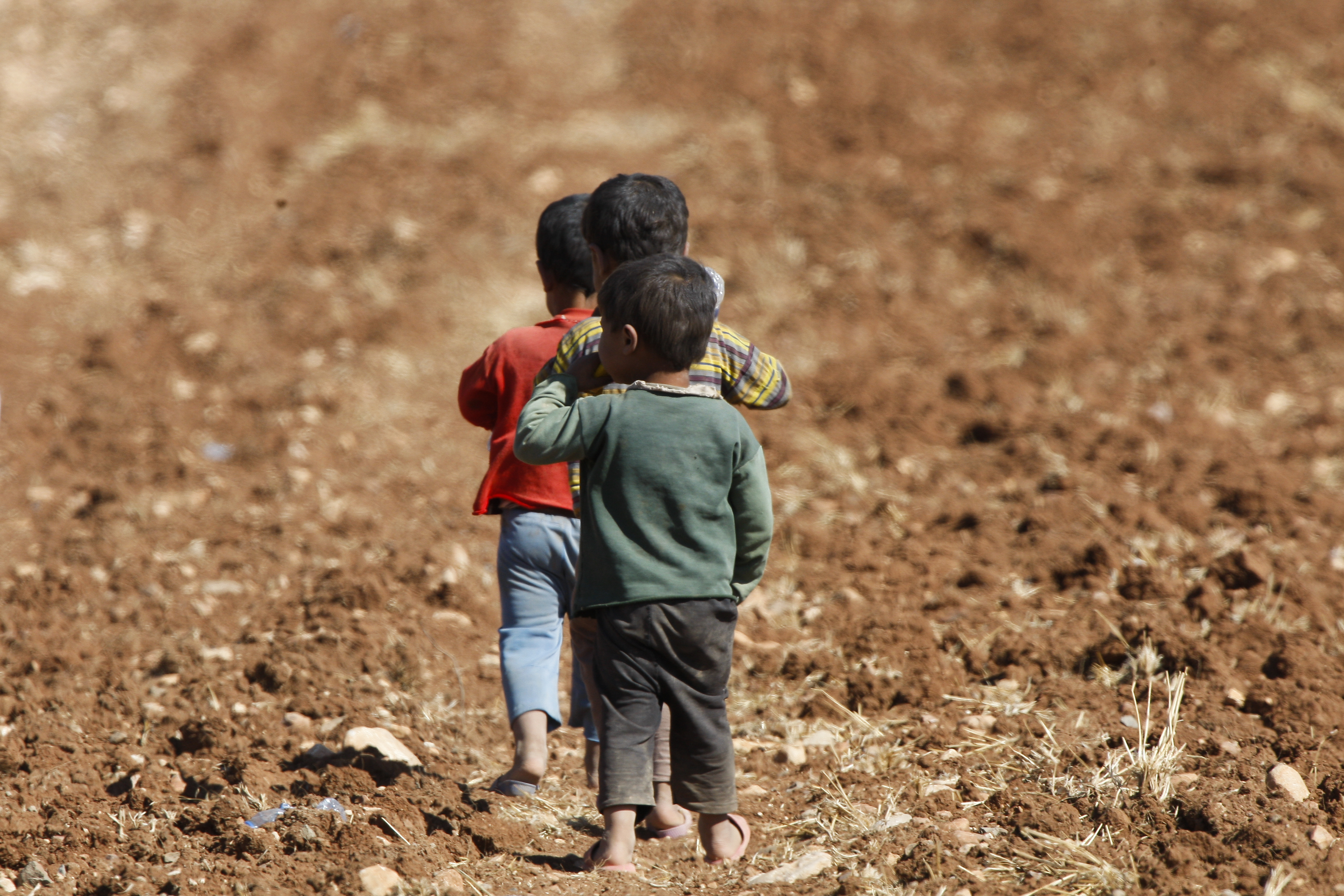 “From Iran to Greece: 2,500 euros; from Greece to Germany: 4,000 euros; from Greece to the U.K.: 6,000 euros; from Greece to Sweden: 4,000 euros; from Greece to other European countries: 3,500 euros. And for travel by air, expect about 12,000 dollars.” Like any travel agency, smugglers expose their rates, except that they rely on the intensity of the conflicts to make the money. Their role is to organise the “clandestine” passage of refugees by negotiating each section and crossing borders. They usually come into contact with families who want to have one of their sons leave, whose mission will be to support his family once in Europe. Parents who although aware of the dangers of the journey, prefer them to those of a country at war and the risks of enlistment by the armed forces. This is the case of Mohammed who gave two of his sons to a smuggler: “Even if Europe closes its borders and my sons are stuck in a no-man’s land, they will still be safer than they are in Afghanistan. On the way, they risk being killed, but if they stay, they will be killed” (Levif, March 2016). 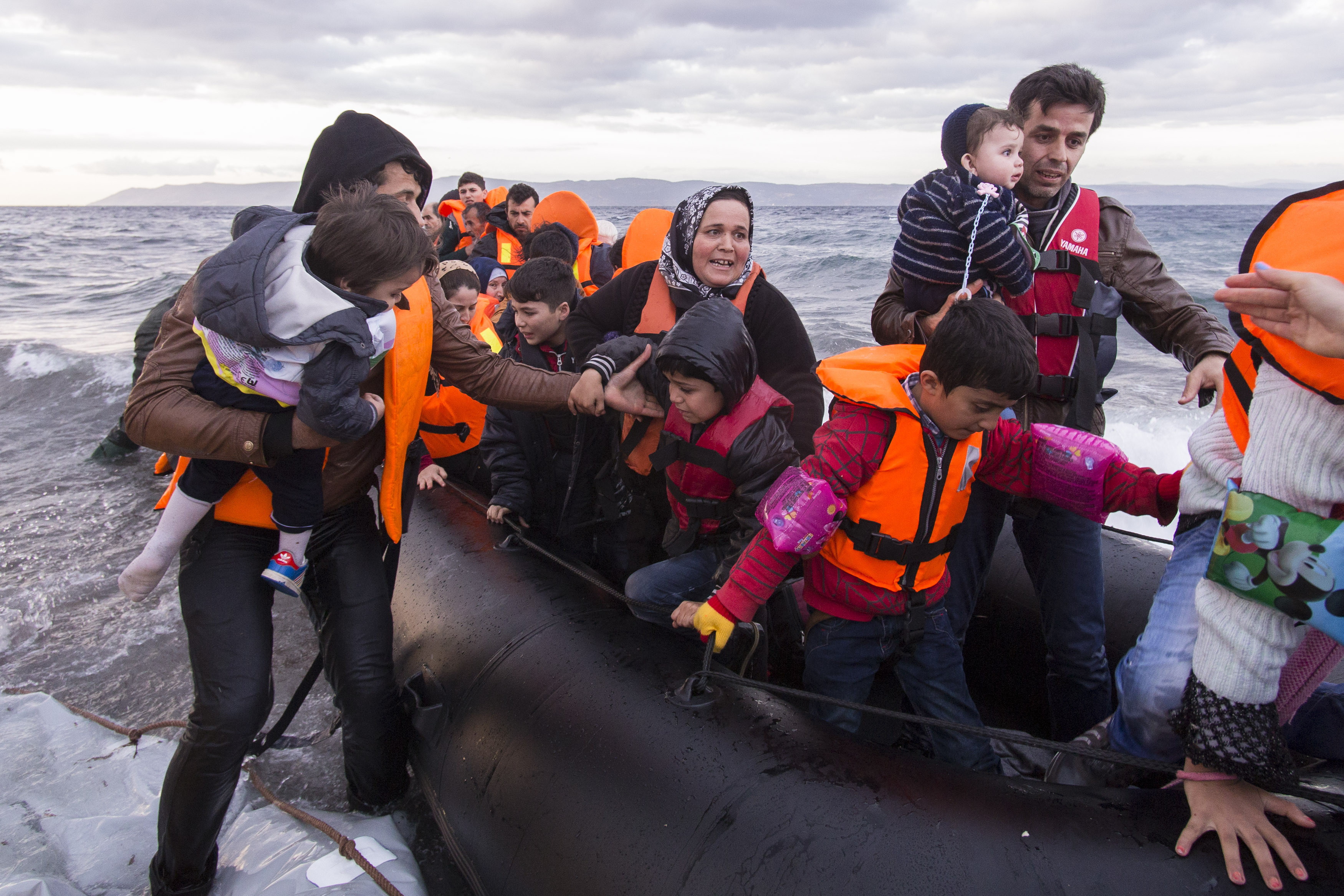 The addition set to his sand merchants of a new kind, a real journey of the fighter is committed, which one can imagine the hardships by turning the pages of the book Kotchok. A story written by journalist Claire Billet and illustrated by photographer Olivier Jobard who followed four months Rohani, Jawid, Khyber Fawad and Luqman’s journey. This book is a transcript of their hopes, their fears and the dangers they have faced. We learn for example that to reach Iran, you have to walk day and night through the mountains, a trip of 48 hours, without sleep and in the cold. In Turkey, you have to ride eight hours in a van and be abandoned in a field where you have to flee the police at full speed. Finally you have to have the courage to board an inflatable boat with 28 other people, the same makeshift boats that caused the death of 3,100 migrants in 2017. (Telerama, February, 2018).

In addition to exhaustion and constant danger, there is the possibility of family separation. Such was the case for Haris and Usman, 16 and 17. While Haris lives with his uncle in England, his brother Usman spends his nights in France, in the jungle of Calais, in the hope of crossing the English Channel. Like them, siblings are torn apart, scattered along the routes, camps and administrative protocols (France 3, March, 2017).

But during the trip, what the boys fear the most is their appearance. In Afghanistan, men and women do not have the right to socialize outside the family sphere. At parties or reunions, men make up and dress young beardless boys, nicknamed “batcha boz”, and use them as a distraction or a sexual object. A pedophile taboo in the country but resurfaced during the crossing, where many children suffer rape and abuse. (Geneva Forum, June 2016)

From Panjshir valleys to the slums

At the end of a journey full of anxiety and distress, the young refugees who thought they were catching their breath in Europe are often left to fend for themselves. Under the Dublin agreements, an unaccompanied minor who has arrived in Europe cannot be deported because EU member states recognize “the best interests of the child.” However, the influx of migrants in recent years has slowed down social services as well as regularization procedures (infomigrants, October, 2017). Hoards of migrants are formed in train stations where there are both children and young adults, the latter trying to pretend to be minors in order to benefit from the same protection.

As for the Afghan children who have failed to reach Europe, they take refuge or are sent back to Iran or Pakistan. 95% of Afghan refugees are concentrated at the border in slums. Already in 2014, photographer Muhammed Muheisen had traveled to Pakistan in the slum of Islamabad and shot a few portraits. By scrolling through the photos, the numbers and percentages that loop in the JT take the traits of Noorkhan 6 years, Safia 4 years or Khalzin 6 years old who is holding his cousin Zaman 3 months old (The Guardian, January 2014). In the middle of their marked faces, which bear witness to enduring trials, one is struck by their looks. Eyes lost in the distance but tinged with innocence, like a fragment of childhood that the war has failed to extinguish.

The commander Massoud, symbol of the resistance of the Afghan people wrote in 2013 in his confessions that we are all the product of our actions and the addition of our dreams. So, at all the checkpoints, the Afghan childhood is adorned with acts of bravery, dreams of peace and the same insolence, that of believing in the aftermath: that is what rests on the frail shoulders of these “insulated-miners” , these brave children like Massoud, these Panjshir lions.

Telerama, 01/02/2018, From Afghanistan to France, they followed the journey of migrants, accessed on 20/04/2018 available at http://www.telerama.fr/jaidelesrefugies/d-afghanistan-a-la -Greece-they-have-follow-the-periple de migrants 131633.php

Infomigrants, 19/10/2017, What is happening to “unaccompanied minors” arriving in Europe?, Accessed 20/04/2018 available at http://www.infomigrants.net/en/ post / 5677 / what is happening-there-for-the-children-not-accompanied-who-arrive-in-europe

Lisa Vitturi and Nouri Khan Zazaï, Editions du Cygne, Paris, 2012, I am a Pashtun from Afghanistan: story of a young refugee

Mortaza Jami, Vendemiaire, Paris, 2012, I knew that in Europe we do not shoot people. Afghan refugee’s itinerary