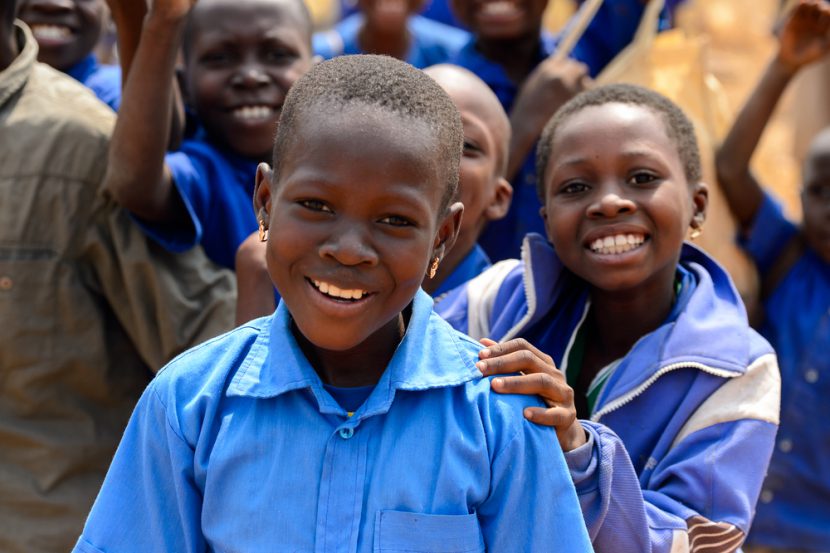 Children of Sudan are facing harsh poverty. More than half of them do not attend school, 90% of females are obliged to undergo female genital mutilation (FGM), 12.4% of girls are forced to marry before the age 15, and many of them are employed as child soldiers. The infant mortality is of 30%. Some 2.4 million children are malnourished. (Forbes 2019) Overall, the rights of children in Sudan are under threat.

Past conflicts: torn in between two Civil wars

But, in 1983, Nimeiry abolished the semi-autonomy, establishing sharia and Islamic law throughout Sudan, which was defavorable for Southern Sudan. As a result, Dr. John Garang de Mabior created the Sudan People’s Liberation Army/Movement (SPLA/M), in order to go against the policies implemented by Nimeiry in Khartoum, which began the Second Civil War. (Jewish World Watch, n.d.)

In 1989, Colonel Omar al-Bashir led a coup d’état, and claimed himself President of Sudan in 1993. Over this period, Bashir increased the influence of Islam in government, and included repressive policies. He committed military attacks on civilians, putting the country into a state of urgency, with the health of the Sudanese completely under attack. (Jewish World Watch, n.d.)

In 2005, with ongoing support from Western governments, such as the US government, the Comprehensive Peace Agreement (CPA) was signed. (BBC, 2019) The CPA included a part which allowed for a referendum in which South Sudan would vote over secession. In 2011, 99% of South Sudanese voted for independence from the North. (Jewish World Watch, n.d.)

Current conflict: What is the situation now?

The conflict involves North Sudan and the past President Bashir. In reaction to Bashir’s harsh totalitarian policies, protestors have taken to the streets to demand a democratical government. (BBC, 2019)

On December 18, after Bashir’s governmental measures to prevent economic collapse, with cuts to food and other resources, protests began. Firstly about Bashir’s policies, this escalated into the demand of President Bashir’s overthrow. On April 6, thus, protestors occupied the square in front of the military headquarters. On April 11, the military, and particularly the Transitional Military Council (TMC) took over. Although at first there was agreement to negotiations between the military and the protestors, as tensions rose, this quickly stopped. (BBC, 2019)

The organization which united the most protestors was the Sudanese Professionals Association (SPA).  Most of the protestors are young, demonstrating the impact that Sudan’s harsh policies has on the younger generations throughout North Sudan. At first, the protestors and the TMC agreed to a three-year long period transition period back to civilian rule, with a new government in place by the end of the term. However, on June 3, the military violently launched an attack on the civilians, killing off 30 Sudanese people. They then claimed that elections would be held within 9 months, and decided to end the negotiations. (BBC, 2019)

As a result of this mass attack, the protestors decided to call for “total civil disobedience.” The western and African countries have mainly backed up the protestors, but they have not been giving large amounts of aid, as it involves interfering with each country’s complicated relationship with the Middle East. (BBC, 2019)

Since June 3, more civilians have been killed, which has sparked ongoing protests. The protestors have recognized each civilian killed in the protests to be a martyr, and they have taken to the streets with posters representing their faces. Since June 3, the state news agency has announced that seven people have died, and 181 had been hurt. Protestors, nonetheless, persist. As the BBC claims, “The protests are a massive show of strength by the pro-democracy movement.”  (BBC, 2019)

The latest protest occurred on the 13th of July, when Sudanese people took to the streets in order to commemorate the slain protestors killed by the TMC over the course of the conflict. The talks between the ruling military council and the civilian opposition, which were planned for Saturday, were delayed for Sunday, and have not yet given any indication of peace. Under this deal, the military would lead a sovereign council, with the head of the junta, followed by the civilians who would take over. (The Guardian, 2019)

All throughout this time, the military and government have also been conducting an internet shutdown, with a close blackout of all internet communications. Since December, they have been ordering telecommunications companies to block social media and stop worldwide internet access. On June 5, the internet was disrupted, and the military began to launch janjaweed militia on the protestors. (Feldstein, 2019)

As a result, people worldwide have gathered support for the protestors of Sudan. Changing their profile picture to blue, a slain protestor’s favourite colour, has been a means of showing support while raising awareness.

There is still a lack of coverage in the media of Sudan’s protests. In particular, the situation of children during these conflicts is crucially dangerous. It is our responsibility, as an NGO working to secure children’s rights, and as fighters for universal human rights, to increase awareness of the situation, in order to raise more support.

An endangering situation for the children

A statement by UNICEF Executive Director Henrietta Fore describes in perfect accuracy why and how the situation in Sudan is particularly dangerous for the children. Fore reports that 19 children have been killed in Sudan, and 49 injured since June 3. In addition, children are detained and sexually abused, and encouraged to join the fighting. The facilities that protected their rights, their schools and hospitals, have been looted and raided. Parents are fearful of their children’s health in public spaces. In general, the children have reduced access to food and water, putting their health at risk. Overall, Fore concludes that “children throughout Sudan are already bearing the brunt of decades of conflict, chronic underdevelopment and poor governance. The current violence is making a critical situation even worse.” (Fore, 2019)

What needs to be done?

The British ambassador to Sudan, Irfan Siddiq, emphasized that a political agreement was needed, and relied heavily on the evidence of the death of 19 children as a push to end the ongoing violence. (Miller, 2019)

The impact of the ongoing struggle on children has received very low coverage, with only The Independent, and Forbes that wrote about it. Forbes has been incredibly comprehensive in its statement of UNICEF actions, and demonstrative of where funding and donations are going to. In their measures, UNICEF targets malnourishment, gender-based violence and inequality, displacement issues and migration problems, lack of good health, unsafe water, and lacking educational resources through programming, counseling and emotional support, and other means. With the donations from UNICEF supporters, they have been able to help a considerable amount of Sudanese people. (Hart, 2019)

Although UNICEF has been sending in help, and providing support, such as “vaccines, safe water, treatment for severe acute malnutrition and psychosocial support,” the children of Sudan are going to need much more, considering the prior conditions of the country. (Fore, 2019)

Of course, the situation for the children depends on the current political situation in Sudan, and the former will not get fixed before the latter improves. Once the political tensions calm down, and Sudan gains more ways in which to help restore the school faculties and the children’s rights, it will be necessary to raise awareness about positive teaching which includes counseling and emotional support, as Humanium emphasizes in their core goals and objectives while working with children. As demonstrated, Sudan has been hit with numerous violent uprisings and wars, which have undeniably affected generations of children growing up. Their mental health can be disturbed, along with their physical health, which is why it is necessary to raise awareness in order to raise support for better psychosocial approaches to working with children.

NGO’s like Humanium should be emphasized to speak on this issue, and propose new ways to go about restoring better education and health amongst civilians of Sudan.