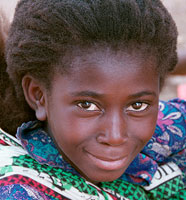 In Sudan, two long civil wars have left millions dead, internally displaced persons and refugees. For the children of Sudan, the primary victims of the conflict, there have been drastic consequences for their education, health and wellbeing. 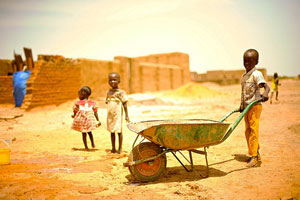 Sudan is one of the world’s poorest countries. 40% of its population live below the poverty line and the majority of Sudanese are destitute and living in terrible conditions. A harsh climate and a lack of natural resources are primarily responsible for the prevailing poverty, but political instability and internal conflict have aggravated the situation. Denying them even their basic needs, extreme poverty is robbing Sudanese children of their childhoods.

Medical resources are very limited and are drained still further by the country’s internal conflicts. In Darfur, for example, a large majority of hospitals are currently under reconstruction. There is a desperate lack of medical supplies and facilities, and existing facilities are ill-equipped to deal with the vast numbers of children, principally newborns who are suffering serious illnesses often caused by malnutrition and dehydration.

The conflicts which have ravaged Sudan over decades, combined with harsh climatic conditions such as floods and droughts, have led to severe food shortages. Unable to rely wholly on their own crops, the Sudanese people are still largely dependent on food aid.

Children are particularly at risk from food shortages, and the rate of infant mortality is especially high as 30% of babies are underweight at birth. 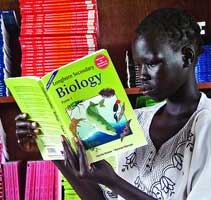 Almost half of Sudan’s children are not in school. Although education in Sudan is in theory compulsory, the reality is quite different. Children fail to attend or finish school usually due to poverty, instability and lack of security. Girls, in particular, face many obstacles preventing them access to education, including child marriage in some areas and a lack of community awareness about the importance of educating girls.

In order to reduce school dropout rates, the Ministry of Education and the World Food Programme have joined forces to provide lunches to all pupils. Parents are now more willing to send their children to school, knowing that they will be fed.

Sudan, like South Sudan, has recruited many children to its armed forces. According to UNICEF, there are about 6,000 child soldiers in Darfur alone. Official reports show that the youngest soldiers are only 11 years of age and that girl soldiers are often the victims of sexual abuse against which they receive no protection.

In addition, the conflict between Chad and Sudan, which is closely linked to the Darfur conflict and has been ongoing for years, has led to the recruitment of many child soldiers within Sudan. Sudanese youths who have fled to Chad to escape civil war in their own country, have also at times been forcibly recruited from within refugee camps by the Chadian militia, to fight against Sudan. 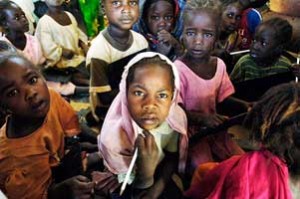 Sudan has the largest number of internally displaced people in the world. In the face of violence because of the conflict, many families are forced to flee their homes to escape a gloomy fate. The journey to camps can be long and perilous and many fail to make the journey alive.

Once having reached the camps, food, health and physical security are still not assured. Armed groups are known to target civilian areas to amplify the effects of their attacks and living conditions within the camps are poor. Humanitarian organisations concerned to help the refugees are not always able assist as they are at times unable to reach the camps.

In Sudan, 12.4% of girls are forced to marry before the age of 15. Marriage is governed by a Sharia-based law introduced in 1991 by the Islamist regime of President Omar Ali Bashir. According to this law, marriage is legal from the age of tamyeez, the age at which a child is able to distinguish between right and wrong, which is determined to be the age of 10.

The practice of child marriages is very harmful to young girls and their health. At such a young age, girls’ bodies are not fully developed and are therefore not equipped for pregnancy or labour.

Sudan ranks second for the number of female genital mutilations in Africa. 90% of female Sudanese have their genitals mutilated before they reach the age of ten. Sudan practises the most severe form of FGM: infibulation, which involves the complete removal of the clitoris and the cutting away and stitching of the labia.

This practice is justified on numerous grounds. The justification most often cited is that mutilation is a symbol of decency, dignity and fertility for young girls of marrying age. The socio-economic security that marriage affords women means that there is significant social pressure placed on girls by their families, both to marry and to undergo FGM.

The practice of FGM is extremely painful as it is performed without anaesthetic, is a risk to health and to life, and represents a terrible violation of the girls’ rights. It runs risks for the girls’ health and their lives as they can easily develop infections.

Children in minority groups in Sudan have been particularly affected by unrest. Following the independence of the largely Christian South Sudan, non-Muslims in the rest of Sudan now constitute a minority and are vulnerable to victimisation. The Nuba peoples, made up of several different African tribes who live mostly in the mountains in the south of Sudan, are a good example.

In 2011, the NGO Sudan Democracy First Group produced a report accusing government forces of numerous crimes and violations against human rights, principally committed against the Nuba populations in South Kordofan. Nuba children are currently directly threatened and they receive no protection from authorities.

According to a report of Amnesty International, children have recently been sentenced to death and are currently being held on death row in Sudan.