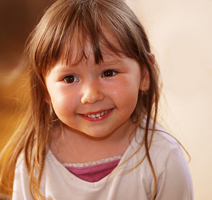 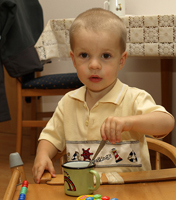 The Czech Republic has ratified the vast majority of the International Conventions for the protection of Human Rights and of the Rights of the Child. Nevertheless, whilst the situation is adequate on the whole, numerous violations of children rights still occur. Discrimination against children, particularly Roma or disabled children persists, and is even worsening in some cases.

For years national minorities and mainly the Roma population have been the victims of an extreme right-wing political discourse, demonstrations and hate crimes. 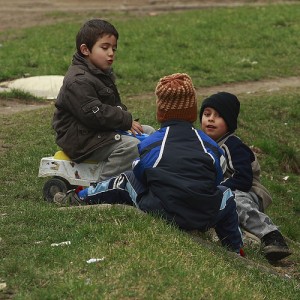 In numerous reports, the European Commission against Racism and Intolerance (ECRI) has expressed its concern about the increasing number of acts of violence against Roma families such as house fires or assaults.

Despite the ruling by the European Court of Human Rights, which established that discrimination was being practised against Roma children with regard to the right of education, the situation does not seem to be improving.

This is reflected in the rates of enrolment in ordinary schools, which remain low because these children are mainly placed in schools for the mentally handicapped (80% of children in these institutions are Roma).

Even before 1989, under the Communist regime, (physically and mentally) disabled people were victims of discrimination, placed in “care” centres in peripheral areas and completely cut off from the rest of the population.

Since the end of this regime, not much has changed in this respect and disabled people, including children, are largely neglected by society. 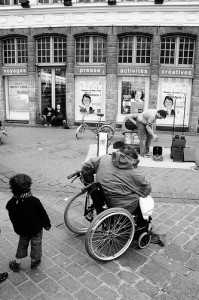 The social benefits system is problematic. Benefits are paid to families according to the degree of the child’s disability and their health. However, this strongly encourages some parents to allow the health of their child to deteriorate in order to receive more aid.

Since 2004, the law on education enables schools to refuse admission to handicapped children, on the sole basis that the establishment has insufficient material resources. Furthermore, in state schools that are free to attend, families are sometimes asked to contribute to the additional cost.

As a result, these children are often excluded from the ordinary school system. By not ensuring that technical and financial resources are made available, the State is not fulfilling its obligations.

Corporal punishment is banned in orphanages and in public care institutions. However, it is worrying that Czech legislation neither prohibits nor sanctions the use of this type of violence as well as within the family.

Disturbingly, it is widely accepted by the majority of the population that corporal punishment can be an educational tool for children. It is imperative that this State puts awareness-raising programmes into action in order to encourage the use of other educational methods that are less harmful to children. 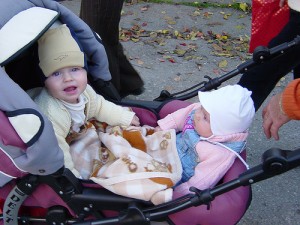 According to official figures, 1 in 3 girls and 1 in 7 boys will be victims of sexual abuse. In half of the cases, the assailant is a family member (father, stepfather). Of course, the Czech Republic takes a hard line against exploitation and sexual abuse committed against minors, for which punishment is severe.

However, an effort must still be made to provide information for young children and psychological support for victims. The State must also take measures to protect children against sexual exploitation on the internet.

Despite the efforts of this Central European State, it remains one of the European countries with the highest level of paedophilia, in that it is the place of origin, transit or the destination of child trafficking for the sex trade.

Young girls are the most affected by this horrific problem. They are often attracted by false offers of employment as waitresses or dancers. The absence of a personal and confidential complaints system does not allow children who are victims of organised crime networks to confide in the police or social services with complete confidence. So, they find themselves alone and threatened. 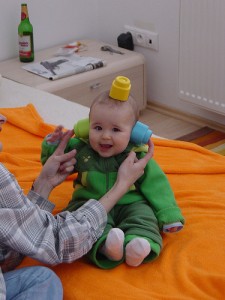 Access to health care
Health care for Czech children is covered by the social security system, with the exception of some optional vaccinations.

However, the situation is very different for children of foreign nationals. They are excluded from the social security system and have to be registered for private healthcare where the cost is much higher. These private insurance companies do not always accept people suffering from serious illnesses. As such, foreign children are not always able to access health care and services.

Teenagers
The Czech Republic has a high rate of teenage pregnancies and abortions. Sexual education, or at least the awareness of methods of contraception, needs to be improved. There are also even fewer support programmes for teenage mothers and their child.

On a further note, the State has taken numerous measures regarding the health of teenagers, notably an Action Plan for the prevention of accidents (2007-2017).

However, suicide is still the second most common cause of death amongst 15-19 year-olds.

Lastly, despite prohibition for the sale of alcohol and tobacco to those under the age of 18, consumption of these harmful products is constantly on the increase. The age of regular consumption is becoming increasingly younger and affects children less than 10 years-old. 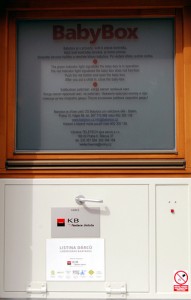 Since 2005, more than 50 “baby boxes” have been installed around hospitals to receive abandoned children. These are hatches in which one of the parents may leave their baby in total anonymity.

Of course, this measure enables the lives of these infants to be saved because they are immediately taken into care, but this also violates the International Convention of the Rights of the Child (articles 6, 7, 8, 9 and 19).

As such, according to the Committee on the Rights of the Child, public authorities should tackle the root causes that lead to the abandonment of a child, including the provision of family planning structures, social support for unwanted pregnancies and the prevention of high-risk pregnancies.

Children separated from their parents

Disturbingly, the number of children placed in institutions is very high, and there is also a high proportion of Roma children amongst them. The main reason for placing children in care is often related to the family’s low income or their housing conditions, whereas, this measure should be taken as a last resort and in the interest of the child.

For this reason, in 2012, the Czech Republic made a commitment to reduce the placement of children in institutions and to increase their placement in foster homes, as well as to make efforts to maintain the links between parents and children where this is possible and is in the interest of the child.

In the fight against stateless children, the Czech Republic has taken measures to ensure citizenship is acquired at birth. Nevertheless, applications for citizenship for stateless minors take a long time. During this process, these children remain unprotected and vulnerable.

In 2010, legislation on the stay of foreigners helped those having been granted asylum or subsidiary protection in the Czech Republic to become reunited with their families. In addition, the State provides financial assistance for impoverished and vulnerable families. However, this seems to be insufficient to offer any kind of real support to these families.

With regard to isolated migrant minors, the creation of a specialist care centre for these children is a welcome development. Nevertheless, the detention of asylum seekers as well as their children is still a cause for concern. The Bela-Jezova centre is principally at fault since it does not meet the regulations in force in Europe and is inappropriate for the specific needs of children.

In the Czech Republic there are special courts for minors throughout the country. Yet within these special jurisdictions, judges have not received the special and essential training to deal with cases involving children in conflict with the law.

Children under 15 are not considered criminally responsible. However, they may be placed in closed institutions, before and during legal proceedings.

Children aged 15-18 are often placed in custody, whereas this measure should be taken as a last resort. Further to this, detention centres are often not separate to those for adults or appropriate for children.