Orphaned Children Around the World

Today, 153 million children worldwide are orphans. There are serious consequences for the rights and development of such children.

Definition of an Orphan

An orphan is a child who has one or two deceased parents.
Of the 132 million orphans who live in developing countries, an estimated 13 million have lost both parents.

Factors Contributing to the Creation of Orphans 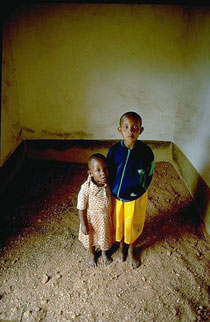 One of the major causes of children being orphaned is the HIV/AIDS epidemic.

A child becomes an orphan when one parent dies from the virus. The child may or may not have also contracted the virus.

In 2008, about 430,000 children became infected with the HIV virus. In most cases, the virus is transmitted from mother to child. This can be avoided when adequate health care is made available. However, poorer countries usually do not have access to medical treatment.

While the flood of AIDS infections continues unchecked, the number of AIDS orphans will also continue to rise.

Children can also lose a parent due to natural disasters, famine, and war. The latter factor also contributes to the displacement of children across borders.

Extreme poverty, illness, abuse and incest can also tear nuclear families apart and, in the end, lead to abandonment. 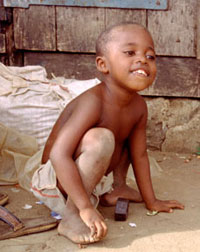 Effects of Becoming an Orphan

An orphaned child is alone in an adult world. Orphans experience serious violations of many of their rights:

Orphans do not have the means to properly feed themselves.

These children usually live homeless in the streets.

In most cases, education is sacrificed first. Orphans must meet not only their own needs but often those of younger siblings in their care.

Orphans are rarely primarily concerned with their own health, above simple food and shelter. Yet their living conditions and daily activities are highly dangerous to their health, with the risk of street fights, drugs, pregnancy, sexually transmitted diseases, malnutrition, and poor working conditions.

Some orphans look for a job to escape their dire situations. All too often, they are exploited through all kinds of degrading and dangerous work. The International Labour Organization reports that more orphans work in commercial agriculture, as street vendors and housekeepers, and in the sex industry, than other children.

Solutions to the Orphan Problem

Guaranteed Judicial Protections by the CRC 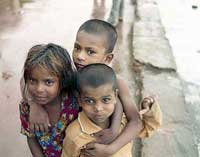 In the absence of a temporary or permanent family, the Convention on the Rights of the Child (CRC) advocates for States to provide assistance and special protection to orphans.

Article 20 of the CRC lists four options for the care of orphans:

1. foster home
2. kafalah (Adoption is forbidden by Islamic law; instead, a family volunteers to manage the care, education, and protection of the child. This system does not create familial bonds between the family and the orphaned child.)
3. adoption
4. placement in a suitable children’s home

However, many governments do not sufficiently fulfill the needs of orphans. 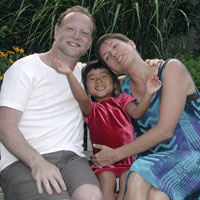 International adoption provides another alternative to maintain the proper balance of children in the world. The Hague Convention of 1993 proposed guidelines based on the protection of children and international cooperation, allowing an orphan to be legally placed with a family.

Many conditions must be met in order to protect the interests of the child. This transparent process helps to avoid the spread of child trafficking.

Limiting the Spread of the AIDS Virus

If the HIV/AIDS epidemic could be contained, the number of orphans worldwide would diminish. Prevention and screening campaigns are needed to reach this goal, as well as guaranteed access to treatment.
The 2001 Declaration of Commitment on HIV/AIDS, signed by many countries, recognizes that orphans need special assistance, including guaranteed non-discrimination against such children and access to health care, education, and shelter.