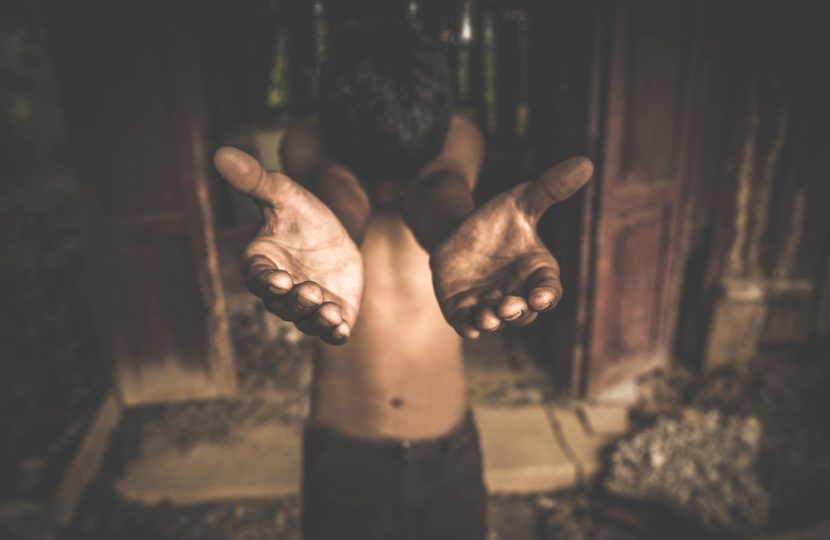 It is unfortunate that at the dawn of the 21st century, around 2.8 billion people (ATD Fourth World, n.d.) live in poverty, on less than two dollars a day. It is clear that despite the progress humanity has made in medicine, science and technology, a considerable minority remains ignored.

The origins of the International Day for the Eradication of Poverty

The celebration of the International Day for the Eradication of Poverty dates back to 17 October 1987 (United Nations, n.d.). It came about as some hundred thousand people gathered at the Trocadéro in Paris, where the General Assembly of the United Nations adopted the Universal Declaration of Human Rights in 1948.

The aim of this gathering was to pay tribute to the victims of extreme poverty, violence and hunger. With this demonstration, activists from around the world “proclaimed that poverty is a violation of human rights and affirmed the need to come together to ensure that these rights are respected” (United Nations, n.d.). This initiative, led by Father Joseph Wresinki, was engraved on a commemorative stone which was unveiled that day on the Plaza of Liberties and Human Rights to remember the victims of poverty.

Since 1987, the International Day for the Eradication of Poverty has been celebrated every October 17, allowing the vulnerable to make their voices heard and reinforcing the world’s commitment to fighting poverty.

Despite enthusiasm and action from  states, international organisations and civil society, and despite personal initiatives, it is clear that much remains to be done in the fight against poverty.

Some figures on poverty

In its 2018 report on poverty and shared prosperity, the World Bank comments on the state of poverty around the world. According to the Bank, poverty is experiencing a steady decline. The number of people living below the poverty line fell from 1.9 billion in 1990 to 700 million in 2015 (World Bank Group, 2018). The international poverty line is set at 1.90 dollars per person per day, meaning that a large part of the world lives on less than this each day.

However, poverty reduction remains unequal. Indeed, some regions are still greatly affected by poverty, particularly in areas in Sub-Saharan Africa and South Asia, where 85% of the world’s poor people live. Around 600 million poor people live in these two regions (World Bank Group, 2018). The most highly populated countries in these regions are the worst affected, including Nigeria, Ethiopia, the Democratic Republic of Congo, India and Bangladesh, among others.

While the Middle East and North Africa (MENA) region does not show such high figures on poverty, the rapid increase in poverty in this region remains worrying all the same. In two years, the number of people living in poverty in this part of the world has nearly doubled, rising from 9.5 million to 18.7 million (World Bank Group, 2018). This rapid increase is also explained by rampant violence in the region, which results in poverty becoming more entrenched and more difficult to eradicate.

These millions of people live in atrocious conditions. Children born in these conditions are clearly the most vulnerable and are often unable to escape the crises that are the result of their living conditions.

The consequences of poverty on children

These figures highlight the magnitude of this phenomenon that also affects children.

Beyond the financial effects of poverty, it also directly impacts people’s fundamental rights and freedoms. The right to life, food, health and education are all rights whose ineffectiveness in their implementation can be traced to the extreme poverty that affects children from poor households.

Extreme poverty thus exposes children to numerous risks, such as exploitation, trafficking, child marriage and illegal immigration. The long-term effects on children are significant. Indeed, malnutrition and disease during early childhood greatly affect children’s cognitive development and growth. A child’s development during early childhood is key. Insufficient development during this period of a child’s life will result in low productivity as adults in society. The consequence of such a phenomenon is the intergenerational transmission of poverty (World Health Organization, 2007).

These risks are greater in countries that are fragile or in conflict.

These vulnerable people are victims of sexual exploitation and sexual violence and are recruited as child soldiers. The appalling observation that follows on from these conditions is that the state does not provide real support, it is unable to contribute help against these threats and it itself is often the cause. Public services are not operational or are run poorly, depriving children of the minimum social services necessary for their development (Save the Children, 2016).

Some of the effects of poverty are more personal. Children feel ashamed, frustrated and humiliated by the exclusion and marginalisation they experience because of their condition. It is therefore necessary that something is done and further action is taken to continue the fight against poverty and to ensure these children have better living conditions.

Eradicating child poverty must be an absolute priority

Eradicating child poverty must be everyone’s priority. This is a fight or a battle to guarantee a better world for future generations.

This means that fighting child poverty necessarily requires policies and programmes to be created that are focused on the needs of children living in extreme poverty. It is important to take action in order to reduce inequality on every level. Government action must therefore be designed primarily to guarantee better access to healthcare and education, as well as better child protection.

Fulfilling these conditions relies first and foremost on governments’ responsibility and can be made sustainable by intensifying the efforts put in place to improve national income in a fair and transparent manner, particularly by collecting illegal income and using it to reduce poverty and to contribute to human development. When governments pursue these objectives for the children in their countries, partnerships with civil society and international organisations can bring about further change more quickly (Save the Children, 2016).

At Humanium, we focus primarily on quality education and on health. As a committed player in the fight against childhood poverty, Humanium is invested in this fight by contributing to efforts to ensure the right to education is enforced more effectively. Many schools have been built in partnership with Hand In Hand India in order to allow children in India to have access to schooling and to break the vicious cycle of poverty. Five schools are running in Rwanda, thanks to our partnership with AVSI.

In addition, we fight poverty through microfinance programmes, allowing mothers to gain financial autonomy, thus enabling them to take better care of their families. Organising workshops to raise awareness of children’s right to education is also a key aspect in the fight against child poverty. We firmly believe that education must be a priority tool in the eradication of poverty.

Fighting extreme poverty in all its forms is of the utmost importance. Committing to this fight and ensuring that children’s rights are protected so they can thrive and, in turn, become parents who can provide for the needs of their children is a mission to which governments, international organisations and civil society must pledge their unreserved commitment.

ATD Fourth World. (n.d.). How many people living in poverty are there? Retrieved from the ATD Fourth World All together in dignity website: https://www.atd-fourthworld.org/who-we-are/faq/how-many-people-living-in-poverty-are-there/

Save The Children. (2016). CHILD POVERTY What drives it and what it means to children across the world. London.