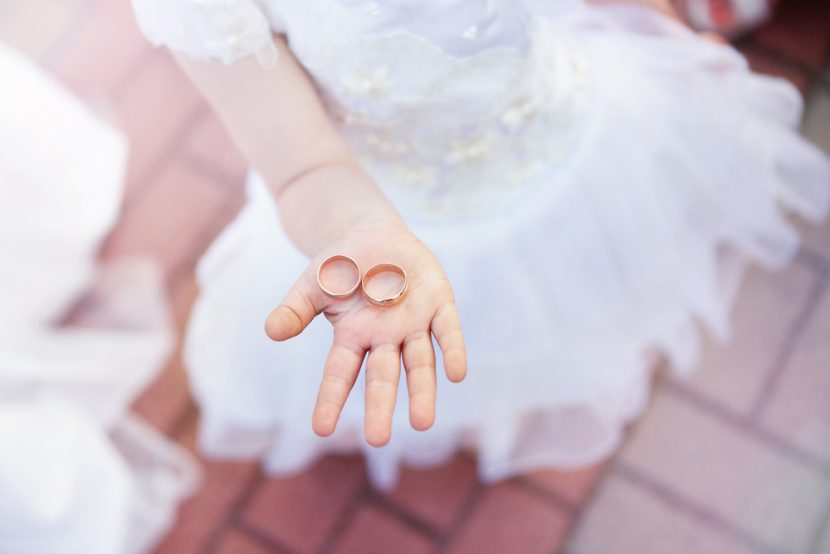 Child marriage in the United States

In the United States, there is no federal law concerning child marriage, the practice of marrying a minor to an adult. In consequence, the laws are state-based, and judges often find a way to go around the laws in order to allow child marriage with parental consent. (Ferguson, 2018)

For example, the minimum age of marriage in most states is 18, but there are laws in certain states which allow for exceptions. (Girls not Brides, n.d.) This is why there have been more than 200,000 minors married off in the US between 2000 and 2015. (Ferguson, 2018)

In Massachusetts, the law exceptions include parental and judicial permission, allowing 12-13 year old girls and 14 year old boys to marry adults, with no specification of the minimum age to marry. Hence, in Massachusetts, from 2000 to 2016, there have been more than 1,200 children marrying under age 18. (Human Rights Watch, n.d.)

Why is this an issue?

Child marriage is not only a human rights violation, it is also a detriment to children’s health. Forced into a marriage whilst being a minor, the child lacks his/her rights. Furthermore, the child is subject to negative health problems, accentuated by poverty, interrupted education, and domestic violence. Indeed, coerced child marriages are dangerous. (Ferguson, 2018) The married child has less rights than the adult, and consequently faces greater difficulty when escaping an abusive marriage.

It is also crucial to remember that this practice particularly targets girls. As is the case in most countries and states, most of the children forced into marriage in Massachusetts are girls. (Human Rights Watch, n.d.) As stated by Girls not Brides, an NGO working to abolish governmental law exceptions that allow child marriage in the world, child marriage is “driven by gender inequality and the belief that women and girls are somehow inferior to men and boys.” (Girls Not Brides, n.d.)

Indeed, and this is the case throughout the world, young girls are psychologically and physically manipulated and abused. Their bodies are not ready for pregnancy, and they often give birth to children prematurely, increasing the risk for infant mortality. (Gigon, 2011)

So, what has the US been doing?

Surprisingly, the United States has often fought for human and children’s rights. As stated by Girls not Brides, the country has aimed to abolish child and forced marriage by 2030. Of what they have already done, they have accomplished little. Signing the Convention on the Rights of the Child in 1995, but not ratifying it, meant that child marriage could still be practiced.

In 2014, the US signed a joint statement at the Human Rights Council, which called for a resolution on child marriage. Within a year, the US co-sponsored the Human Rights Council resolution, recognizing that child marriage was a violation of human rights. Nonetheless, during these years, the statistics on child marriage kept increasing. Their words did not match their actions, and 2030 is a far away date for the resolving of an issue so critical to the respect of human rights. (Girls Not Brides, n.d.)

They have also been acting, perhaps more effectively, on the national level. In 2016, for example, the US State Department adopted the Global Strategy To Empower Adolescent Girls, including provisions on child marriage. This is in connection with 2013’s Violence Against Women Act, which stated that the US Secretary of State must “establish and implement a multi-year, multi-sectoral strategy to end child marriage.” (Girls Not Brides, n.d.)

If it goes through, then the legislators will not be able to argument that child marriage is in favor of the respect of traditional culture, an argument which has often made the passing of bills difficult. States that have already completed this are Delaware and New Jersey, which have passed laws in May and June 2018 respectively. (Ferguson, 2018)

It is thus our urgent responsibility to contact lawmakers in order to prove our support for this new bill. Educating and raising awareness will help us abolish an unlawful law that hurts children. (Human Rights Watch, n.d.)

What have outside organizations been doing?

There are three non-governmental organizations seeking to end child marriage in the United States that have collaborated with UNICEF: Tahirih Justice Center, Unchained at Last, and Girls Not Brides USA.

The Tahirih Justice Center is an organization that helps out immigrant women and girls involved in child marriages. Their methods involve direct service, political advocacy, and training and education. As part of their values, the center follows the Baha’i faith, following the idea that equality between women and men needs to be achieved in the goal of a working society. Fighting against child marriage is a step closer to that goal. (Tahirih Justice Center, n.d.)

Unchained at Last is an organization that fights child marriage through direct services and advocacy. In particular, the organization provides free services to women and girls escaping child marriages, while in the meantime educating and pushing for social and legal change. Overall, the organization has led a growing national movement against the practice. In its actions, Unchained at Last provides services regardless of race, sexual orientation, immigration status, and income status. Since 2017, Unchained At Last has received special status with the United Nations and Social Council. (Unchained At Last, n.d.)

Girls Not Brides, mentioned above, is an international NGO that has a branch in the USA. It has been working on the national level, with the US government towards the abolishment of child marriage. In particular, the organization has created implementation plans for the US State Department, USAID, Peace Corps, and the Millenium Challenge Corporation. In communicating and collaborating with the government, the organization has developed a policy brief offering guidance to members of the US government, and a technical brief that highlights objectives for setting a minimum marriage age. (Girls Not Brides, n.d.)

As an organization for children’s rights, Humanium holds the responsibility to inform the world of the common practice of child marriage, in the world but also in the United States. With awareness, we can push for governmental action at the national scale, establishing a minimum required age for marriage, no exceptions allowed. We hope to fight against cultural practices that hurt children and disable them from developing as every child should.

This is why we have, in other parts of the world such as India, conducted projects with the aim of fighting child marriage. In India, we have collaborated with Hand in Hand India, an organization devoted to alleviating poverty through job-making and community development, in order to work with parents. With this help, mothers could get microfinance programs, and children the opportunity to go to boarding schools.

All in all, these projects hope to promote gender equality, in both the house and the workplace. We are therefore devoted to this cause and hope to see a change throughout the world for the abolishment of child marriage. We believe this is an important step in the advancement of Human Rights.