The International Convention on the Rights of the Child gives all children the right to a family. The right to a family allows children to be connected to their history, and it offers a protective perimeter against the violation of their rights. Children separated from their families become easy victims of violence, exploitation, trafficking, discrimination and all other types of abuse. Even so, it is sometimes the case that the family which should in principle be protecting the child is in fact inflicting the abuse.

A family is a community of people united by kinship ties, found in all human societies. It is equipped with a name and a home, and creates between its members an obligation for moral and material solidarity (particularly between parents and children).

In traditional societies, extended families (now referred to as clans) include dozens, even hundreds of households with diverse functions.

In modern societies, the family is increasingly restricted to a single level of parentage or alliance: the nuclear family (father, mother, child).

Rights and responsibilities of parents

Parents are the first to have the power to act on behalf of the child and ensure their rights are respected. The father and mother use their rights and carry out their duties by making decisions in place of their child. Their objectives are to protect the child and to secure the child an education, development, security, health and morality. 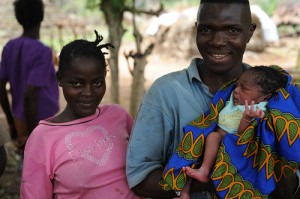 Establishing the residence of the child

The child has an obligation to live with his or her parents, since they have a duty to “safeguard” them from harm. They establish the residence of their child. The law also sets forth that “the child may not, without permission of the father and mother, leave the family home and s/he may not be removed from the home except in cases determined by the law to be necessary.” This rule applies to children as well as to third parties. The child may not reside with someone else without permission from the parents.

Supervision of the child

Protecting the health, security and morality of a minor implies a duty of supervision. Parents watch over their child by controlling his or her comings and goings, relationships (with members of the family, but also with friends and acquaintances), correspondence (see CRC, article 16), and, more generally, all of his or her communications (letters, phone calls). Thus, they may forbid the child from maintaining relationships with certain persons that they believe are not in his or her best interest.

Schooling and education of the child

Parents play a key role in their child’s education. This mission is not limited to registration in a school establishment. It also includes moral, civic, religious and sex education—the goal being to give the child all the knowledge and training necessary for living in a society and acquiring sufficient autonomy for the day he or she becomes an adult.

Decision making in health matters for the child

Parents decide on the care to give their child, treatments he or she will undergo, authorizations for hospital admission, consent for operations… Except in emergencies, no medical action may be carried out on a minor without the consent of the parents.

Maintenance for the child

Parents must nourish their child and maintain them in proportion to their resources and the needs of the child. This applies to cases in which the father and mother live together or apart. It clearly covers the need to feed the child. Parents must also assume general school and instruction costs, vacations, health coverage, etc.

Abuse inflicted upon the child

Abuse inflicted upon a child by one or both of the parents may take many forms and constitutes the most common cause of death among young children two years of age and under.

Estimates of sexual violence committed by parents vary considerably as to the definitions used and the methods by which information was gathered. 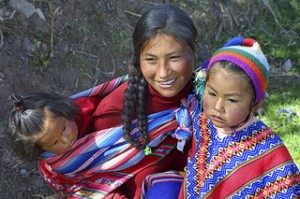 Among published studies in which adults spoke retroactively about their own childhood, the rates of prevalence of sexual violence among men range from 1%, using a definition limited to sexual contact by use of coercion or force, to 19%, when using a more general definition. The prevalence rates over a certain period for sexual violence suffered during childhood and noted by female adults range from 0.9%, if the word rape is used in the definition of the violence in question, to 45%, if a much more general definition is used.

The conclusions from international studies conducted since 1980 reveal an average prevalence rate of sexual violence over a certain period of 20% for women during their childhood and between 5% and 10% for men.

Through negligence, some parents do not meet the recommendations in matters of health care; their children do not get their child care, and they withhold food from them. They do not monitor their physical growth. Sometimes, they expose them to drugs and offer inadequate protection from environmental dangers.

Abuse leading to the death of a child

According to the World Health Organization, in 2000, some 57,000 deaths within families were attributable to homicides of children under age 15. The world estimates related to child homicides suggest that infants and very young children are the most exposed to this, the rate for the 0-4 years age group being more than double that of the 5-14 years age group.