Children of the Netherlands

Realizing Children’s Rights in the Netherlands 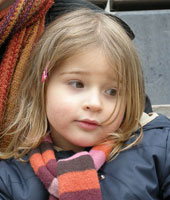 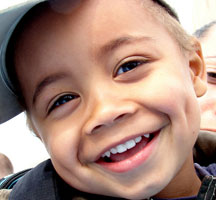 The Netherlands is one of the most child-protective countries. They respect the majority of principles outlined in the Child Rights Convention and guarantee an optimal implementation. Despite this, there are a few negative elements that detract from a generally positive situation.

While The Netherlands are among the wealthiest countries in the world, 10% of the Dutch population live below the poverty line. Wealth is not distributed equally among the population and some children suffer the consequences of their family’s poverty. With parents’ financial situation greatly hindering access to education and health services, poverty has severe consequences for children.

In The Netherlands Antilles, physical punishment towards children remains a frequent practice. Whether it be at school or at home, violence towards children is still deeply rooted in their culture.
The law does not always forbid such punishment. Even when forbidden, there is little means of ensuring that such bans are respected. Therefore, some children suffer ill-treatment, particularly in The Netherlands Antilles, and such practices are not condemned readily enough.

The status of asylum seekers, refugees and migrants in The Netherlands is of particular concern right now. It is not guaranteed that the procedures in place for examining the situation will allow a thorough examination of each individual case.
Therefore, many thousands of people (including minors) find themselves ‘illegally’ residing in The Netherlands. As soon as they are questioned by the authorities, they are placed in holding centres without having their individual situation considered. This means that the most vulnerable, such as children and those seeking asylum as victims of injustice in their own country, are treated in the same manner and can be in the centres for lengthy periods. Unaccompanied minors (UM) are among those whose rights are not fully guaranteed.

The human rights commissioner of the Council of Europe announced that he is concerned with the “racist tendencies, anti-Semitism and other forms of intolerance” visible in The Netherlands.

Certain forms of discrimination based on race, sex, origin and especially on religion, are still prevalent in this country. Muslim children, asylum seekers and refugees suffer racist acts from the wider society. Despite huge progress, The Netherlands must reinforce its preventative and awareness policies in order to eradicate discrimination.

The Netherlands does not guarantee that the entirety of the rights proclaimed in the International Convention of Children’s Rights will be respected for children with disabilities. These children regularly face obstacles that prevent them from exercising their rights freely. They face difficulties, particularly in access to education, and more generally with access to public services. Integration into mainstream society is therefore problematic for children with disabilities.

The right to the environment

With 10.3 tonnes of CO2 emissions per person per year, The Netherlands must make progress in environmental protection and reduce their carbon footprint. This has a harmful impact on the lives of children, also influencing their prospects for the future. Their right to live and grow up in a healthy environment is not entirely respected.