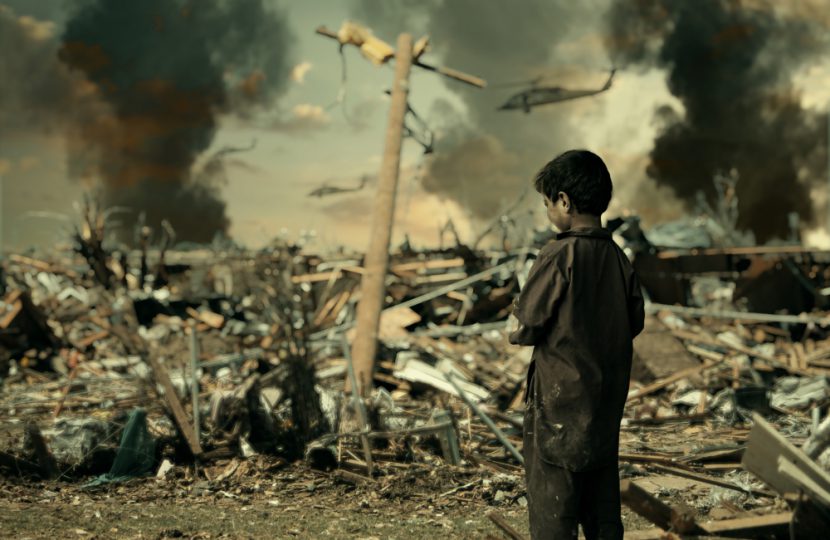 For the first time, Humanium is presenting a series of chronicles. Their aim is to take us to the heart of Palestine using four themes, four views, each one shining a different light on a region that is as beautiful as it is disturbing.

“What on earth were you going to do in this nightmare?” I have just come back from the West Bank and the person speaking to me is of course referring to the Israeli-Palestinian conflict. I stayed in Hebron for three months to study filters for drinking water. These filters are provided to rural Palestinian communities by an Italian NGO committed to improving their living conditions.

That was the mission on paper, but what was I going to do there? Did even I know the answer? What is certain is that I discovered much more than water filters there.

The whole world has heard of the Israeli-Palestinian conflict, and everybody will have discussed it at least once. However, in spite of the many articles that appear on the subject, and the multitude of pilgrims and tourists who travel the roads of the Holy Land, it isn’t that often you meet someone who has actually rubbed shoulders with the daily reality of Palestinian families.

I discovered a country that isn’t a country, a Holy Land that is decidedly not as holy as its name implies. I have seen a land as breathtakingly beautiful and rich in cultures as it is torn apart by gashes and separations. The worst is not the walls of reinforced concrete across the landscape, but the walls within the hearts of its residents.

I found myself involuntarily immersed in a conflict that will never see either victor or vanquished. On both sides you find the best and the worst, the brightest and the darkest. On both sides, in the end there are only the victims. Certainly, one of the two antagonists holds the knife by the handle, yet is forced to keep it in his hand, fearing that the other would immediately seize it. Some live in fear, others in indignation and anger. In both camps a third category is emerging: those who slip into a state of resignation.

How can a child, whether Israeli or Palestinian, grow up in such a situation? Regardless of origins, the child has not chosen to be born there, and even less has he chosen which side of the conflict to be born on. If he is an Israeli Jew, he will have grown up with the testimony of the elders, the legacy of Judaism and the stories of the diaspora, of the pogroms, of the exterminations of the Second World War.

He will have been told that this is his home, in the land of his forefathers, Eretz Israel, the “Land of Israel”, where any Jew is welcome. He will also be made to understand that living here has a price, that people before him fought for this land, and that others would like to take it from them. Have they perhaps even instilled fear in him?

What is certain is that the child will have quickly understood that, whether a boy or a girl, he or she will carry out two to three years of military service, with rare exceptions, and will thus find themselves at a checkpoint or facing youngsters throwing stones or brandishing knives.

This child would probably have preferred to live and grow up in peace and play safely with his neighbour. But at twenty years there he is, standing in military fatigues with a machine gun across his body.

Similarly, like a mirror image, a young Palestinian will surely have grown up with the stories of his grandfather telling him about his former life, with his herds on these hills, which were then clear of concrete or steel walls. The old man will also has spoken about the Nakba, the ‘catastrophe’ during which his family was expelled from their home and their house destroyed. Maybe he will even take from a drawer the rusty old key that belonged to his childhood home.

Born in the West Bank, this child will probably never know the city of Jerusalem, holy for him too, yet he will have seen the separation wall, the guard towers and the Israeli soldiers on the side of the roads. If he grew up in the old city of Hebron, he will have known the streets marked by concrete slabs, the long waits at the checkpoint after shopping, sometimes even the crack of gunshots intended to disperse a protest rally.

One day he might take part in one, throwing stones and receiving rubber bullets in exchange. These, although not lethal, can just the same penetrate the skin or break bone. He will probably have mourned the death of a person close to him; a friend, a father, a brother, an aunt, killed by the Israeli rifles in response to an act of aggression or simply through the excessive zeal of soldiers as a result of a misunderstanding, such as a car that begins to veer across the road.

The priority of security can justify many things… In this violent context, what does a visitor think when he sees plastic rifles in the souk that fathers buy for their boys?

There have been murders and bloodbaths, acts of courage and outstretched hands on both sides. There are witnesses of hatred and witnesses of love and peace on both sides of the conflict. But is the Holy Land only to be defined by nothing but conflict?