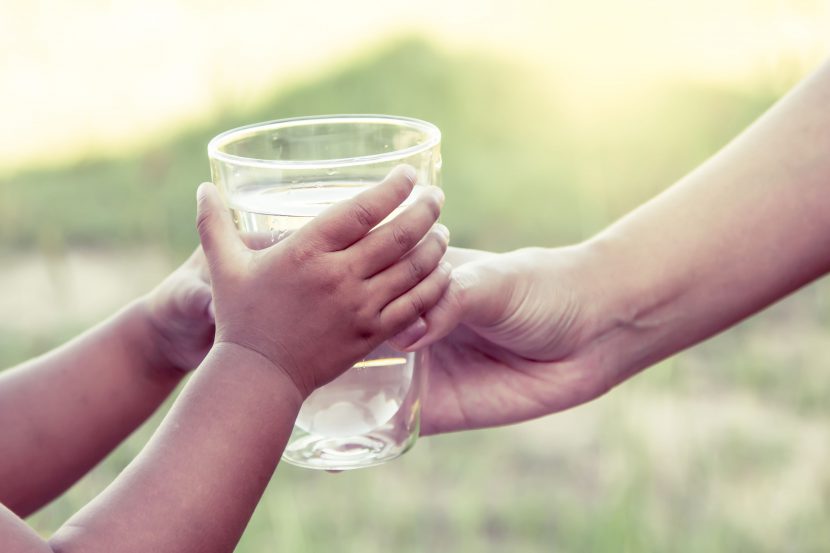 For the first time, Humanium is presenting a series of chronicles that aim to take us to the heart of Palestine using four themes, each one shining a different light on this stunning and complex region.  This is the last one in the series.

Whether it is the inequitable distribution of underground water reserves, the droughts, the lack of sanitation infrastructure, or the poor water quality, Palestinians have to cope with many difficulties. For the last chronicle in the series, we will look at the challenges around water in Palestine.

Water is an essential resource. As it is essential for all living things, it is often referred to as the source of life. Legally, water is considered a public good, which therefore belongs to the community [1]. Because of its very nature and properties, we cannot take ownership of water as an asset, at least in the eyes of the law [1]. However, this does not prevent water from being commercialised. In conflict situations, monopolising water resources is a major issue because water becomes a means of exerting pressure on the enemy.

In all the Holy Land (covering both Israel and Palestine) there are eight aquifers [2]. An aquifer is by definition a geological formation containing water on a temporary or permanent basis [3]. In fact, it is a kind of rocky reservoir that holds groundwater and is sufficiently porous or fissured to allow water to circulate freely [3, 4]. The term aquifer also refers to accessible groundwater reserves. Among the eight aquifers in the region, three are located in the West Bank, within the 1949 borders. These are the Western aquifer, the Eastern aquifer and the Northeastern aquifer, which are located in the mountain massifs of Judea and Samaria [5][1].

Despite their geographical location, the waters of these aquifers mainly flow out of the West Bank, towards Israel [2], and not only underground. In effect, Israel, not content with harvesting the water naturally on its territory, also exploits Palestinian resources.

In order to understand the current situation, it is helpful to take a brief look at the past. Mekorot, Israel’s National Water Company, which provides about 80% of the drinking water in the country [6], has been located in the West Bank since 1982 for the purpose of supplying the Israeli settlements by drawing from the Eastern Aquifer [7].

For Israel, this was an opportunity to exploit the only aquifer in the West Bank whose waters do not flow towards it. In 1995, the exploitation of water resources was already very unbalanced; there was an inequitable distribution that would be sealed in the same year by the Oslo II Accord [7]. This agreement was originally only intended to be a provisional agreement lasting 5 years [8]. Yet 80% of the groundwater from the three aquifers concernedis still currently pumped by Israel and 20% by Palestine [7]. The agreement also gives Mekorot the freedom to charge at cost the water it collects and sells in the West Bank [7].

It was also in 1995 that the Palestinian Water Authority (PWA) was founded. Its main mission was to ensure the protection of resources as well as the fair distribution of water and sanitation services [9]. Since the amount of water allocated to Palestinians is insufficient to meet the needs of the population, the PWA finds itself obliged to buy more than double the volume provided by the Accord from Mekorot [8]. The PWA then assumes responsibility for distributing the water to the municipalities, which themselves redistribute it to consumers. However, the PWA is not able to pay the full price for the water supplied by Mekorot and thus becomes increasingly indebted year after year [10].

This distribution chain affects most of the communities in the West Bank equipped with running water. Tap water there usually contains a concentration of residual chlorine, guaranteeing its potability, so it can be drunk without concern.

On the other hand, the poor condition of the pipes causes leaks and approximately a third of the water distributed by the PWA is lost [8]. The situation is even more complex for the rural communities located in the occupied Palestinian territories. These correspond to Area C, which is under Israeli control.

The division of the West Bank into three separate areas is another consequence of the Oslo II Accord. Rural communities in this area are often unable to build appropriate sanitation facilities or connect to the drinking water network, unless they do so illegally. In the face of these attempts to access water, the Israeli Civil Administration, escorted by the army, cuts off and confiscates water pipes, as happened in February 2019 in the region of Masafer Yatta [11].

These communities therefore have to diversify their sources of water, alternating between the Mekorot water tanks purchased from the municipality and the rainwater and runoff water collected by wells. Despite all their efforts, the inhabitants of these regions cannot avoid the water shortage that strikes during the summer.

The summer temperatures lead to drought every year, restricting Palestinian water consumption even more. Most affected are the inhabitants of rural communities without a running water supply. They have to reduce their water consumption to the absolute minimum and invest in municipality water tanks. They then have to cut back on basic hygiene. “It isn’t easy to recommend to inhabitants of these villages that they should wash their hands more frequently to avoid the spread of diseases (especially dysentery), when we know they have to count every litre of water to survive the summer”, said a Hebron resident participating in awareness-raising campaigns.

Furthermore, these are communities of rural workers, so the shortages threaten their everyday reality by affecting their main subsistence activities: agriculture and livestock. When there is a water shortage, land and livestock suffer as well.

Nevertheless, large cities like Hebron are not immune. The inhabitants are concerned about shortages and try to prepare as best they can from the beginning of May. They try to store water reserves and service and repair damaged water pipes. Even though people avoid talking about it, the spectre of drought is on everyone’s minds.

The situation is even more worrying in Gaza. Firstly, this 41 km strip of land on the Mediterranean coast has been blockaded since June 2007 [8] and is regularly bombarded by Israel, often in reaction to the rockets launched by Hamas at Israel’s major coastal cities (especially Tel Aviv). The damage caused by the bombing is human and material, affecting water networks and sanitation infrastructure [8].

However, it is very difficult to make repairs because all imports of cement and iron are prevented by Israel as these materials could be used in military applications [8]. With regard to water resources, Gaza depends heavily on the coastal aquifer, but this is overexploited and polluted [8]. Overexploitation, as well as preventing the renewal of resources, leads to the infiltration of sea water, which causes groundwater reserves to become salinised [12].

The only alternative is to buy water from private companies [8]. Considering all sources combined, it is estimated that only 18% of water for domestic use is potable [8] and only 10% of the population of Gaza has access to it [12]. Moreover, the blockade, the summer droughts, and the water loss caused by damaged pipes (40% of water is lost [8]) are the main causes of the shortages that hit Gaza.

Water quality is as much of a challenge as access to it, and this is true even in the West Bank, where an estimated 90% of the Palestinian population has access to safe drinking water [12]. The remaining 10% is mainly in the rural communities of Area C. In these hamlets, runoff water is collected or water is stored in tanks that are not well maintained and can make it unfit for human consumption. It is not uncommon to find bacteria (E. coli), indicating possible faecal contamination.

Although pathogens may be present naturally, the water storage is a serious matter because it can impact water quality. The bacteria may be able to multiply and external contamination is always possible. The lack of adequate sanitation services and poor hygiene contribute to contamination. “Waste water is often too close to the water storage and clean water sources, which makes the contamination of drinking water more likely,” explained a rural doctor whom I met during my Master’s project in the region of Yatta, south of Hebron. “Currently, around here, a lot of people are infected by a kind of worm that makes them sick.” Such are the challenges in these rural areas far from the comfort of the cities.

In both Gaza and the West Bank, many projects funded by international donors and run by NGOs try to meet the basic needs of the population. The ICRC (International Committee of the Red Cross) Water and Habitat teams are active in these two regions to improve services and infrastructure. In order to tackle the challenges around drinking water, widespread management of the urban environment is often required. This includes infrastructure and electricity, which are necessary for centralised water treatment.

Less well-known and smaller NGOs, such as the Italian organisation Cesvi, are also active in the field of water, but from a different perspective. In the occupied Palestinian territories to the south of Hebron, Cesvi distributes filters for drinking water in communities that are not connected to a water network, installs water recycling systems for hand-washing, and runs workshops to raise awareness of hygiene issues, with the aim of promoting good health. These actions target villages, as well as schools and clinics.

Whatever the situation, it is always children who are the most vulnerable in the face of water shortages and contamination. It can affect their health and their development. Furthermore, raising children’s awareness of the challenges around hygiene and water management is one way to affect real change. Their curiosity and their capacity to learn can make them very receptive and can this make a difference in the long term, with the hope of providing better living conditions for future generations.

However, personal actions are not sufficient in a region where water is monopolised by one part of the population and where this control serves as a means of exerting pressure. In the face of such a disparity, it is important to remember that water is not an asset that people own, but a vital resource for everyone.

Water is the source of life, and we must preserve it and share it.

Water in Gaza: A crisis in slow motion: https://www.icrc.org/en/document/water-gaza-crisis-slow-motion