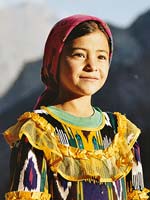 Tajikistan has had a tough time in recent years: civil war, socioeconomic crises, poverty, corruption and children have similarly not been spared.  Nevertheless, respect for their rights, though still fragile, has actually been strengthening recently. 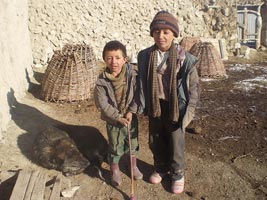 In Tajikistan, more than one out of every two inhabitants lives below the poverty line. The poverty rate is higher among children than among adults: 66% among those below the age of 18. Financial difficulties have repercussions for many of their rights. Access to such things as good education, healthcare and shelter is adversely affected.

Although Tajikistan has made some legislative progress in fighting sexual discrimination, there is still much to do, as women and girls are still all too often victimized. Traditional religious attitudes prevent women and girls from playing an active role in the center of society. The notion that they ought to be educated is viewed as a waste time, and their access to various public institutions is limited. Young girls are thus at pains to fully enjoy all of their rights.

In Tajikistan, the education rate is somewhat encouraging. However, certain problems remain worrisome. Discrimination toward young girls in matters of schooling results in many of them abandoning their studies. Indeed, owing to financial reasons, access to education is already difficult enough for youth who live in rural areas.

Furthermore, not only is the teaching low quality, but it also fails to take into account the cultural diversity of the country. The children of minorities find it difficult to understand the subject matter and vocabulary their school teachers utilize.

In Tajikistan, care for disabled children is far from satisfactory. Such children are usually placed in special institutions which guarantee neither good living conditions nor respect for their rights. The buildings are outdated and the services are extremely poor. Handicapped children do not benefit from a proper education. Hygienic conditions, food and healthcare are likewise anything but ideal. 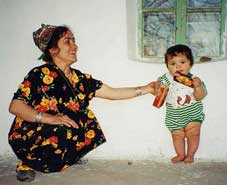 Tajikistan has established a number of programs that are designed to eradicate child abuse. Unfortunately, these efforts do not affect the entire country. In certain remote regions, numerous children are still being abused.

Corporal punishment remains very much in use. The population does not understand how harmful the effects of such treatment can be to those who are subjected to it. Corporal punishment is, in fact, sometimes perceived as being the only effective means of punishing children – notably within the family and at school.

Mentalities must evolve and take into account the physical and moral consequences that such punishments can have on children. Legislation is needed to explicitly and definitively outlaw such practices.

Violence within the family is rarely reported and even more rarely punished. Of particular concern is the effect that such violence has on young girls.

The economic situation of the country is such that around one out of every ten children works to financially support his family. Laws fail to adequately address this problem that has very harmful consequences for children. Children are found working everywhere – as car washers, door-to-door salesmen, etc – and in all sectors – on farms, in restaurants, as domestic help…the list goes on.

In total, it is estimated that 200,000 children ranging in age from 5 to 14 are economically active and, in addition, that nearly 65,000 work for free. The conditions are exhausting and the negative repercussions for their health, education and well-being, are numerous.

The need to make money prompts certain children to enter the criminal underworld. There, they are exploited by traffickers and become caught up in the drug or sex-trade. Such children are victims of both physical and sexual abuse. 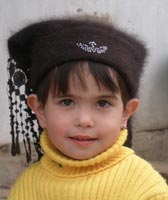 In Tajikistan, more than 10% of births are not officially reported. Owing to financial and administrative barriers, families are thus discouraged from registering the births of their newborn with the proper authorities. As a result, such children lack both an official identity and nationality.

This in turn leads to long-term consequences for those persons who are so affected. Given that they do not officially exist in the eyes of society, they are unable to enjoy their rights.