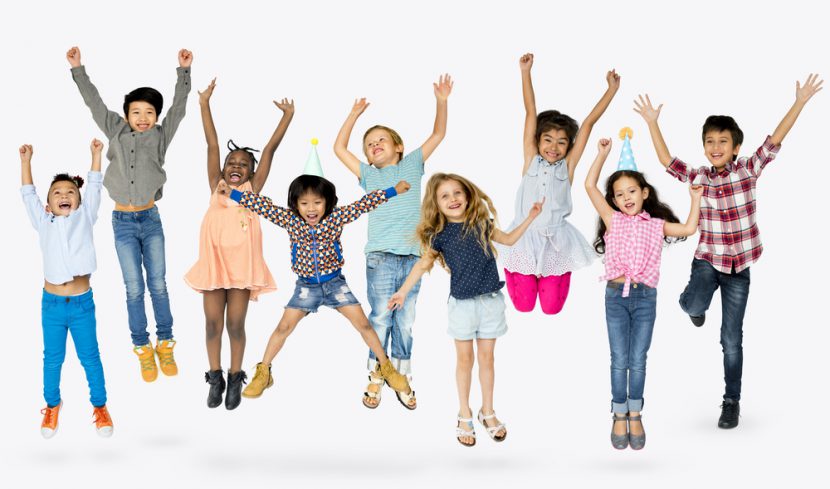 Thirty years ago, on November 20th 1989 the Convention on the Rights of the Child was adopted and opened for signature, ratification and accession by General Assembly resolution in the New York headquarters of the United Nations.

The Resolution in the form of 54 articles with 140 signatories has become the most widely ratified human rights treaty in history and has helped transform children’s lives around the world.  The Convention has had a massive impact; however, despite this, there are many challenges child rights are still confronted with around the world.

How does the Convention define and protect a child?

The Convention defines a “child” as a person under the age of 18 unless the relevant laws recognise an earlier minimum age. In some areas, states are obliged to set minimum ages, such as the age for admission to employment and completion of compulsory schooling; in others, however, the Convention clearly prohibits life imprisonment with no possibility of release or the death penalty for persons under 18 years of age.

To protect children there are four so called “general principles” put into place:

These principles are the cornerstones of child rights in the modern world and along with optional protocols they serve to form the basis of the rules that provide protection, opportunities and equality to all minors.

What have the accords achieved?

Since the accords child protection legislation has been adopted in almost all developing countries while regional and national initiatives have emerged in response to the problems of child trafficking, harmful and dangerous child labour, homeless children and unaccompanied children. After the signing of the accord’s countries such as Tunisia, Angola or Bangladesh implemented clauses on child rights into their constitutions.

The recognition of children’s right to protection has led to increased awareness towards child vulnerability and to important initiatives to respond to neglect and abuse, including possible abuses by corrupt or illegitimate child service providers or even dangerous criminal rings.

The convention has directly and indirectly improved the lives of children all over the world through change in global legislation and generally heightened awareness towards the vulnerability of children. It can be safely said that no convention has ever had such a powerful impact on the quality of life children can expect around the world.

Where are child rights still abused?

While the Convention certainly has had a large positive impact on the lives of minors, child abuse and disrespect of child rights remains rampant in many parts of the world.

In poverty-stricken countries large percentages of children go into employment having completed very little or no education whatsoever. This is most prevalent in sub-Saharan and western African countries where Chad, Burkina Faso, Guinea Bissau, Cameroon and Sierra Leone all have over 50 per cent of children between the ages of 7 and 14 in some form of full-time employment.

The types of employment these children go through are often dangerous and unregulated.  In central and east Africa clandestine groups often have more power over certain regions than legitimate governments of the land, in cases of civil war or national unrest this means that local populations are often forced to work for the opposition in different ways and this includes children. For instance, the latest research by the United Nations Children’s Fund (UNICEF) estimates 40,000 children are working in DRC mines, mining the cobalt that goes into our phone batteries for under one dollar a day.

The other great threat posed towards children on the continent is that of being conscripted as a child soldier. Both armed opposition groups and government militias are responsible for these crimes with an estimated 120 000 child soldiers on the continent. Child soldiers are forcefully conscripted from conflict zones due to the few opportunities awaiting them, the fact that they can be manipulated more easily than an adult and, in some cases, due to their limited understanding of death.

It is however too easy to point the finger at developing nations and regions in conflict. Child detention is all too common in first world countries in the United States (the only country that hasn’t ratified the CRC) alone  20,000 unaccompanied children were apprehended this spring by ICE officials and affiliates. Countries such as Australia, Hungary and Greece also face charges towards the way they detain minors.

Pre 2012 the convention could be interpreted to allow child migrant detention:

“No child shall be deprived of his or her liberty unlawfully or arbitrarily. The arrest, detention or imprisonment of a child shall be in conformity with the law and shall be used only as a measure of last resort and for the shortest appropriate period of time”.

The issue of migrant children was clarified in 2012 and the CRC adopted stricter standards. The norm today is that the detention of children in immigrant detention centres is still a violation of children’s rights. The UN CRC clarified children’s rights in the context of migration as part of the non-binding day of general discussion. The Committee on the Rights of the Child has made this issue clear:

“The detention of a child because of their or their parent’s migration status constitutes a child rights violation and always contravenes the principle of the best interests of the child. In this light, States should expeditiously and completely cease the detention of children on the basis of their immigration status”.

The problem with the amendment is the fact that it’s of a non-binding nature, leaving it as little more than a suggestion for countries to take on in good will.

Humanium was founded on the date of the signing 11 years ago with a single goal: the well-being of children worldwide.

Our association strives for a concrete improvement in their living conditions and their basic rights.

The organisation has currently 5 projects in the field in Rwanda and in India, each of them with the purpose of improving the lives of children through empowering local communities and helping individuals find more opportunities. Humanium prides itself on working alongside communities instead of over them, our projects aim for the long term development of communities and non-dependence of the individual to the organisation.

Humanium strives to uphold the respect to children and the fulfilment of the four pillars and the 8 children’s rights of the Convention on the Rights of the Child globally.

While there are certainly still many barriers facing the welfare of children today, the thirty years since the signing have marked largely positive changes in legislation, global attitudes and overall the general quality of life children can expect around the world. The improvements towards the lives of minors in the next thirty years start with us as individuals and the actions we decide to take.

“There can be no keener revelation of a society’s soul than the way in which it treats its children.”

ONHCR, Convention on the Rights of the Child Adopted and opened for signature, ratification and accession by General Assembly resolution 44/25 of 20 November 1989 entry into force 2 September 1990, in accordance with article 49, retrieved from: https://www.ohchr.org/en/professionalinterest/pages/crc.aspx

Esteban Ortiz-Ospina and Max Roser (Our World in Data) Violence against children and children’s rights, retrieved from: https://ourworldindata.org/violence-against-rights-for-children

Sharon Bessell and Nigel Spence (Devpolicy),Has 25 years of children’s rights made any difference?, retrieved from: https://devpolicy.org/has-25-years-of-childrens-rights-made-any-difference-20141120/

UNESCO Institute for Statistics ,Children out of school (% of primary school age), retrieved from: https://data.worldbank.org/indicator/SE.PRM.UNER.ZS?view=chart

Lindsay Harris (the borgen project), Why are child soldiers used in war, retrieved from: https://borgenproject.org/why-are-child-soldiers-used-in-war/