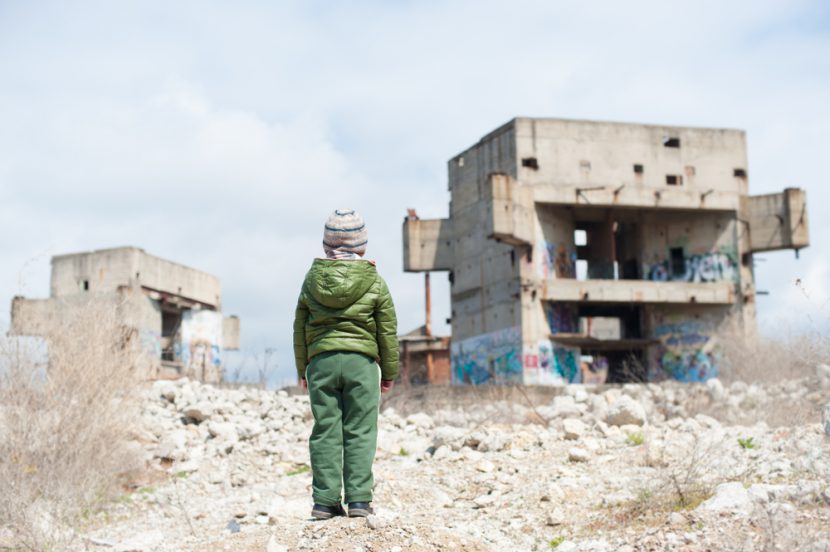 To commemorate the 30th anniversary of the Convention on the Rights of the Child (herein the CRC), it is important to reflect on some of the most critical issues children face in today’s world: armed conflict, forced displacement and child migration.

In recent memory is the image of Aylan Kurdi, the three-year-old Syrian boy who drowned on September 2, 2015 in an attempt to make the dangerous journey with his family across the Mediterranean Sea to seek refuge (Bochenek, 2015).

The year of 2015 has been referred to as a “year of fear” (Weston, 2016) for children due to the substantial impact of armed conflict in the lives of children, where children are directly or indirectly exposed to armed conflict (Kadir, Sheonda, Goldhagen, 2019; Coomaraswany, 2010). Undeniably, 2015 served as a ‘wake-up call’ for the world and the international community at large, to seriously take into account the effects of armed conflict and forced displacement on children.

It is currently estimated that close to one billion children live in regions affected by armed conflict, and this alarming figure is seen in human rights crises involving children across the world in countries such as Afghanistan, Sudan, Eritrea, Syria, Guatemala, El Salvador and Mexico, where there are never before seen levels of violence and exploitation perpetrated against children (Mikavica and Monaghan, 2016; Wessells, 2017).

Staggering numbers of human rights crises are in line with the growing prevalence of non-international conflicts in modern warfare. Wars are no longer fought by armies in remote battlefields where soldiers are the main casualties, in the modern era war is fought among civilian populations, in homes, schools, hospitals and churches (Trabucchi, 2008).

Such unprecedented levels of modern warfare are dramatically changing the lives of children, marked by the intensity and brutality of violence carried out against civilian populations, the strategic use of children as child soldiers and the lack of communities and safe havens where children can seek protection (Slone & Mann, 2016).

In the international community, there is widespread acknowledgment that children are not merely bystanders of armed conflict, but they have become directly involved in armed conflict as targets and military recruitment (Mikavica and Monaghan, 2016; Coomaraswany, 2010). Some of the direct effects of armed conflict on children include psychological trauma, injury, death, and illness as a result of the destruction of medical and public health facilities and treatment centres (Kadir, Sheonda, Goldhagen, 2019).

The UN Security Council has formally identified six grave violations committed against children in situations of concern on a global scale (Office of the Special Representative of the Secretary-General for Children and Armed Conflict, 2017).

As children are a highly vulnerable group in armed conflict situations, they become absorbed into the conflicts in almost every way possible, as evidenced by the following six grave violations which are of critical importance: recruitment or use of children as soldiers, killing and maiming of children, rape or sexual violence against children, attacks on schools and hospitals, denial of access to humanitarian aid and the abduction of children (Mikavica and Monaghan, 2016; Office of the Special Representative of the Secretary-General for Children and Armed Conflict, 2017).

Unsurprisingly, these six grave violations against children have both caused and resulted in forced displacement (Mikavica and Monaghan, 2016). It is important to keep in mind that in forced migrant situations, children are fleeing war zones, recruitment from armed groups and violent situations perpetrated by organized crime, dire human rights situations which warrant their protection as refugees (Bochenek, 2015; Mikavica and Monaghan, 2016).

Because of their age and social status, children are often not viewed as equal rights holders in the human rights system (Roche-Mair, 2018).  However, in accordance with the CRC, children’s rights do not end at the margins of war zones, at their core these categories of rights cannot be stripped away by governments or armed groups (Wessells, 2017).

The CRC establishes international standards for the protection, survival and development of all children, without discrimination, and 194 countries that have ratified the treaty. These countries pledge to protect children from violence, economic and sexual exploitation and forms of abuse, among other commitments to uphold children’s rights (Human Rights Watch, 2014).

Under the CRC is the Optional Protocol on a Communications Procedure adopted in 2011 and entered into force in 2014, a robust mechanism which provides greater effect to children’s rights (Grover, 2015). By recognizing the rights of children to participate in accordance with Article 12 of the CRC, this key framework expands access to international justice for children by redressing the violation of their human rights in cases where domestic remedies are absent or inadequate (Human Rights Watch, 2014; Grover, 2015).

A key feature of the CRC Communications Optional Protocol is that it allows the Committee on the Rights of the Child to respond to individual or group complaints of child rights violations and conduct investigations. In reflecting on the current climate of children’s rights, it is important to remember that it is through recognizing the voices of children that gives concrete meaning to children’s rights.

In line with its methodology and its participatory approach, Humanium continues to recognize the voices of children by expanding their capacities to realize their wishes, empowering them to realize their goals within local communities.

Specifically, Humanium has strong competencies in Trauma Healing and works to actively heal past traumas, for example healing from the genocide that occurred in Rwanda and in India, by targeting issues of child labour in India by supporting the reintegration of children into public schools, focusing on strengthening their emotional and mental supports and making them resilient for the future.

Coomaraswany, R. (2010). “The Optional Protocol to the Convention on the Rights of the Child on the Involvement of Children in Armed Conflict – Towards Universal Ratification” International Journal of Children’s Rights, 18(4), 535-549.

Human Rights Watch, (November 17, 2014) 25th Anniversary of the Convention on the Rights of the Child. Retrieved from: https://www.hrw.org/news/2014/11/17/25th-anniversary-convention-rights-child.

development: A systematic review” PLOS ONE 14(1).

Office of the Special Representative of the Secretary-General for Children and Armed Conflict, (2017) The Six Grave Violations. Retrieved from: https://childrenandarmedconflict.un.org/six-grave-violations/.

Roche-Mair, A. (2018). “Challenges to the Protection of Children’s Human Rights and the Perpetuated Marginalization of Children in Transnational Justice” Georgetown Journal of International Law, 49