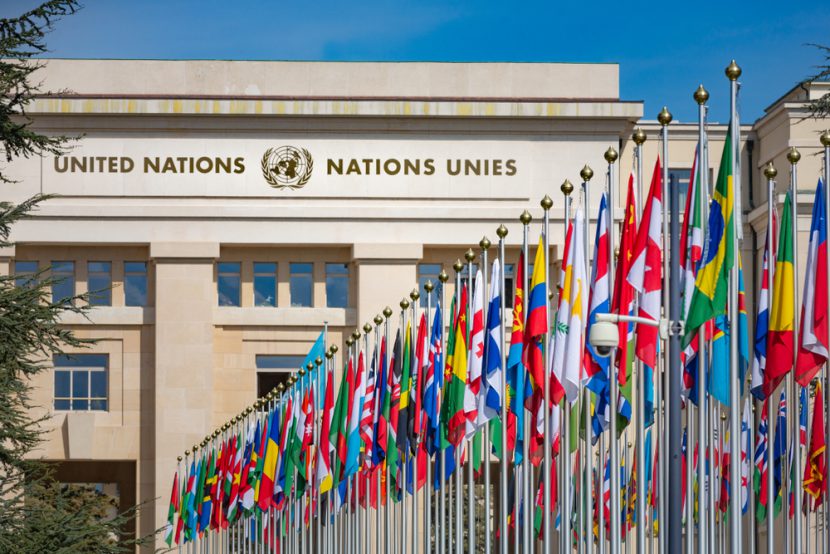 “We the peoples of the United Nations … have resolved to combine our efforts to accomplish these aims. Accordingly, our respective Governments, through representatives assembled in the city of San Francisco, who have exhibited their full powers found to be in good and due form, have agreed to the present Charter of the United Nations and do hereby establish an international organization to be known as the United Nations.”

United Nations Day, a necessary reminder in the face of new challenges

This year, on the 74th anniversary of the Charter, and by extension of the United Nations, is therefore an opportunity to recall the objectives of the Charter in the face of the new challenges of the 21st century to, in particular, maintain international peace and security, as well as to guarantee preventative diplomacy, mediation and peacebuilding.

In this context, United Nations Secretary General António Guterres has announced that the UN will undergo reform in order to adapt it to new challenges and make it “focused more on people and less on process” (António Guterres to the UN Security Council, 2018).

What are the challenges?

Officially there are three major challenges:

– Climate change: certainly the most significant challenge of our time and for the future. It is in this context that the Climate Action Summit took place on 23 September last year, in order to highlight the challenges and the role played by States and companies in particular.

– Technological innovation: The pace of technological advance has accelerated over recent years and technology is developing in all domains: health, administration, the military, education, agriculture, etc. We should, in the context of the Rights of the Child, take note of the Committee on the Rights of the Child’s General Comment on children’s rights in relation to the digital environment (2019).

Finally, the day of 24 October is also important because it should remind us that peace is never achieved definitively and that it must be maintained. Likewise, we should recognize the importance of promoting the UN Convention on the Rights of the Child, all the more as it celebrates its 30th anniversary on 20 November this year. The challenges affecting children’s rights have changed considerably since its adoption, such as climate change, which has grown in scale and effect.

In the context of the Rights of the Child, Humanium works to protect and reinforce these rights on a daily basis at the international and local levels, in particular through different projects to support children worldwide, as well as through its activities to raise awareness of children’s rights and through its legal advice and its many partners.  Humanium is a member of Child Rights Connect, the Geneva-based organization that drafted the Convention on the Rights of the Child 30 years ago. This NGO coordinates with the United Nations Human Rights System to make the implementation of the Convention on the Rights of the Child as effective as possible through all its stakeholders.

But above all, Humanium is nothing without you or your support. We would therefore like to take this opportunity to ask you to consider the many ways you could get involved with us to strengthen the Rights of the Child and the UN.

General Comment on children’s rights in relation to the digital environment. (2019, March). Available at https://www.ohchr.org/EN/HRBodies/CRC/Pages/GCChildrensRightsRelationDigitalEnvironment.aspx