Adolescence represents a delicate phase in the transition between childhood and adulthood in which young people develop their personality and construct their identity. It is precisely during adolescence that young people start to examine their sexual orientation and who they are as people. The topic of adolescent sexuality opens up a huge debate as to the recognition of these young people as sexual beings. 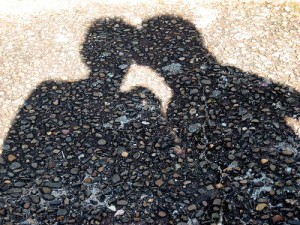 In the past, adolescence was considered to be a typically western phenomenon. Nowadays, it is internationally recognised that adolescence represents a developmental phase experienced by all human beings.

Adolescence is a period of physical, psychological, emotional and social transition in which the construction of the personality is completed and the young person attempts to create their identity through the exploration of new territories, including the sexual domain. 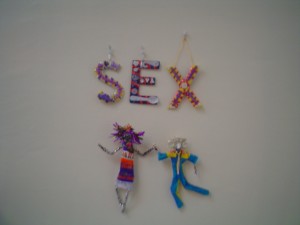 One of the main difficulties that arise during this journey from childhood to adulthood is the issue of sexuality. Physical changes during puberty make the adolescent aware of his/her sexuality and at the same time attributes the young person with a new social status which is especially important in the context of relationships with parents and peers. However, the perception of this new status differs according to the social and cultural context. For this reason, the perception that each society has of adolescence influences the meaning that sexuality has in that society, as well as the degree of decision making that young people are granted regarding their sexual identity and authorised sexual activities.

And yet, the 1989 UN Convention on the Rights of the Child recognises the underage of 18 the status of human beings with their own Human Rights. Furthermore, the International Conference on Population and Development (Cairo, 1994 and New York, 1998) as well as the Fourth World Conference on Women (Beijing, 1995), both coordinated by the UN, affirmed the sexual and reproductive rights of young people.

The average age of first sexual intercourse varies from country to country and from continent to continent, corresponding to the social context. Traditional practices like child marriage (or early marriage), sexual tourism and even the prevalence of rape are some of the factors that play a determining role in the sex lives of adolescents.

At present, global studies on the prevalence of adolescent intercourse are almost non-existent. The research that does exist is not up-to-date and has only been carried on a local or national scale.

A global survey shows that 11% of adolescent boys/girls (in developing countries) and 22% of adolescent girls (in Latin America and the Caribbean) aged between 15 and 19, had their first sexual experience before the age of 15.

On a European scale, the most recent survey on the topic was carried out in 2009-2010 and the results were published in 2011. This comparative study on the sexual tendencies of 15 year old children led by the WHO in 35 European countries, reveals that 26% of these young people had already had sexual intercourse at the time of the study. Although there has been a reduction in adolescent sexual intercourse in industrialized zones, an increase in sexually transmitted diseases (STD) has been observed.

Adolescent engagement in ‘early’ sexual activity is usually considered as a high-risk behaviour. Others include the use of drugs and alcohol, prostitution, lack of commitment in school studies etc. However, no study seems to have established a link between adolescent intercourse and these types of behaviours. Family background, environment, getting involved with the ‘wrong crowd’ etc are in fact bigger determining factors.

Furthermore, having unprotected sexual intercourse and/or engaging in sexual intercourse with multiple partners involves a series of serious risks and consequences such as Sexually Transmitted Diseases (STDs) (syphilis, gonorrhoea, chlamydia and HIV) and unwanted adolescent pregnancies. According to the WHO nearly 15 million adolescents become parents every year.

For adolescents in countries with high HIV prevalence, HIV and AIDS represent a real, mortal danger. The latest statistics indicate that 5.4 million young people live with HIV, of which 40% belong to the 15-24 age group. Risk of infection seems to be higher among girls of that age group than among boys. This is due to the fact that girls are more easily exposed to rape and sexual violence, outside as well as inside marriage, particularly in the case of early or child marriages. 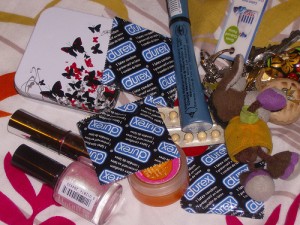 The risks involved in adolescent pregnancy are significantly higher than in pregnancy as an adult. Complications during pregnancy and childbirth are one of the main causes of death in adolescents aged between 15 and 19.

The rate of ‘elective’ abortions is not consistent as recourse to this practice varies according to socio-cultural contexts. Although the majority of abortions among adolescent girls take place in secret, the WHO estimates that between 1 and 4 million abortions are performed on minors every year. According to the WHO the number of adolescent abortions is influenced by a diverse range of contributing factors, such as shame, poverty and lack of access to contraceptive methods.

Abstinence has become a very widespread means of prevention. This campaign invites adolescents and young people to engage in complete or partial abstinence from sexual activity at least until marriage. Supporters of abstinence claim that this is the only method that can guarantee total protection from STDs (Sexually Transmitted Diseases) as well as unwanted adolescent pregnancies.

That being said, prevention based on abstinence in some way deprives adolescents of their sexual and reproductive rights. The imposition of only one birth control option significantly curtails the freedom of choice that adolescents are entitled to as internationally recognised sexual beings.

The UN Convention on the Rights of the Child (CRC) exhorts governments who have ratified the Convention to respect and apply the sexual and reproductive rights of adolescents and young people, who are recognised as full human beings.

A first step could be accepting adolescents and minors under the age of 18 as sexual beings. In order to achieve this, young people would need to be aware of their rights while states, NGOs, local communities and parents would need to take the needs and opinions of these young people into serious consideration.

The General Comment No.4 (2003) of the Committee on the Rights of the Child exhorts member states to respect the obligations contained in articles 3 (the best interests of the child), 17 (access to material and information aimed at promoting social, spiritual and moral well-being and physical and mental health) and 24 (the right to medical care and rehabilitation services) of the CRC.

Governments must address adolescents and young people by promoting access to information on sexual and reproductive health, by eliminating the obstacles that prevent access to contraceptive methods and sanitary care and by putting in place prevention campaigns against STDs/HIV/AIDS and adolescent pregnancies.

Adolescents must actively participate in the planning and implementation of these prevention strategies. This would allow governments to disseminate messages and information adapted to the specific rights and needs of adolescents, addressing certain taboo issues such as homosexuality, the marginalisation of adolescent mothers and young people living with STDs including HIV/ AIDS.

The Committee encourages countries to modify the delivery of prevention campaigns by securing the participation of schools, youth organisations, religious and community groups, the media (television, radio, newspapers, magazines, the internet) and cultural bodies (cinema, theatre and others).