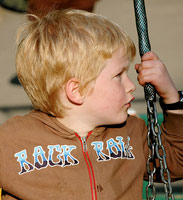 Despite efforts to improve children’s rights in Bulgaria, the country still has a long way to go with regard to addressing issues concerning child abuse, child labour and discrimination against Romany children.

Bulgaria remains one of the poorest countries not only in the EU but also in the Balkans. Some parents cannot even afford to provide proper nourishment for their children. Furthermore, food deficiencies, which hit youngsters hardest, prevent children from growing up into healthy young adults.

Romany communities are mostly affected by poverty. Their children are often required to work in order to make ends meet. With unemployment at over 80% for this minority, the adults suffer greatly from discrimination in the workplace. In turn, this affects the children since their unemployed parents cannot provide for them at a basic level. 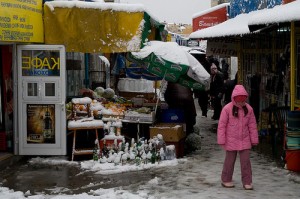 Many steps have been taken to implement children’s rights and respond to the needs of those most at risk on the streets. There have been campaigns to increase public awareness and improved public understanding of the situation. Today, between 2,500 and 4,000 children are still sleeping rough. These are mostly Romany children finding shelter in Bulgaria’s larger cities.

Besides the fact that these children are particularly vulnerable to trafficking and economic or sexual exploitation, they live their day to day lives in horrific conditions. Lack of caring adults and a lack of food are just some of the realities faced by street children.

The right to equal treatment 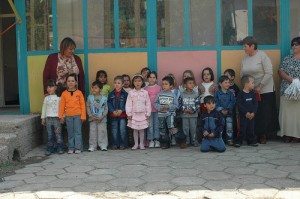 Although concerted attempts have been made by the state to fight discrimination, Romany children, children in care and children with disabilities are the target of continual discrimination. This is nowhere more true than in education.

In effect, the segregation of Romany communities is highly concerning. In Sofia, there are separate schools for these travellers’ children where the pass rate is low and the dropout rate high.

Additionally, the integration of the disabled into normal schools is nothing more than a vague governmental objective. A large proportion of these children are still considered incapable of following the ordinary curriculum and are placed in special schools which do not even receive the funding to properly equip themselves for the task ahead. 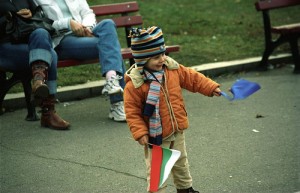 In Bulgaria, children still do not always have the opportunity to testify in legal cases which may concern them, whether these are civil (family, divorce), criminal or merely administrative. A child’s opinion is not sufficiently considered in such situations. The quality of the evidence and reliability of the testifier far outweigh his/her age.

Furthermore, the state has not seen fit to create specialised children’s courts. Even though the law on juvenile delinquency states that the minimum age of legal responsibility is 14 years old, children as young as 8 years old may take part in crime prevention and re-education schemes.

Finally, it is a concern that youngsters are kept in custody not simply as a last resort and that the percentage of children in correctional institutions remains far too high. 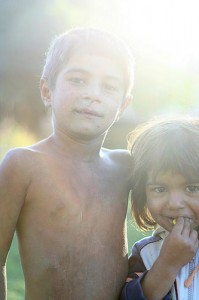 Despite corporal punishment being illegal, some children continue to suffer abuse in schools, in the family home, in the legal system and in the workplace.

In 2011, the national agency for the protection of children recorded more than 2,000 cases of child abuse, and 1,800 of these took place in the family home.

Determined to stem this rising tide, the government has just begun a national plan to prevent child abuse. Measures to increase awareness have been put in place, as have initiatives to take the victims of abuse into care.

As the infant mortality rate improves, access to appropriate health care is limited and expensive. This is especially the case for Romany children who face discrimination and also for rural children.

Additionally, teenagers are more and more affected by STIs, most commonly syphilis and AIDS/HIV. Not enough preventative measures have been put in place by the state and as a result its youth is not adequately informed about the dangers of unprotected sex.

Steps have been taken to improve sanitation thanks to reforms of the healthcare system and the adoption of a special healthcare scheme for ethnic minorities who would otherwise face discrimination.

Despite the progress made by the state in encouraging respect for children’s rights in the family home, the support for vulnerable families (those with a disabled child, single parent families and those most seriously affected by poverty) remains insufficient.

Without financial aid or any sort of help from the state, families ravaged by poverty make the choice to simply abandon their children. These children are taken into care or, in some cases, apprehended and sent to institutions for young offenders.

However, taking children into care or foster care does not rule out the possibility of neglect. Their carers are not always well trained and the benefits they survive on do not always stretch to cover the costs of food, education and healthcare.

Furthermore, although the controls surrounding international and national adoption have been tightened, the central authority responsible for adoption simply does not have the human or monetary capacity to do its job properly.

An ever increasing number of children, those from Romany communities in particular, are on waiting lists for adoption and it is becoming ever more difficult to find prospective families for such youngsters.

Travellers’ children are the first victims of this trend. This results from the dire poverty of their mothers, who sometimes become prostitutes, who may be taken to other countries by criminal gangs. Some sell their children to foreign couples who are looking to adopt. Their price: 5,000 euros for a girl and 6,000 euros for a boy.

Other children are simply exploited. Young Bulgarians between 8 and 13 years of age are sold in their thousands or are brought up by traffickers in their own country. Thankfully, a new ruling prevents employers from recruiting 15 and 16 year olds to carry out dangerous or degrading jobs.

However, a great number of such vulnerable children, mostly Romany children, are still being exploited and forced to carry out unsuitable work. This occurs most commonly in agriculture, industry or domestic work.