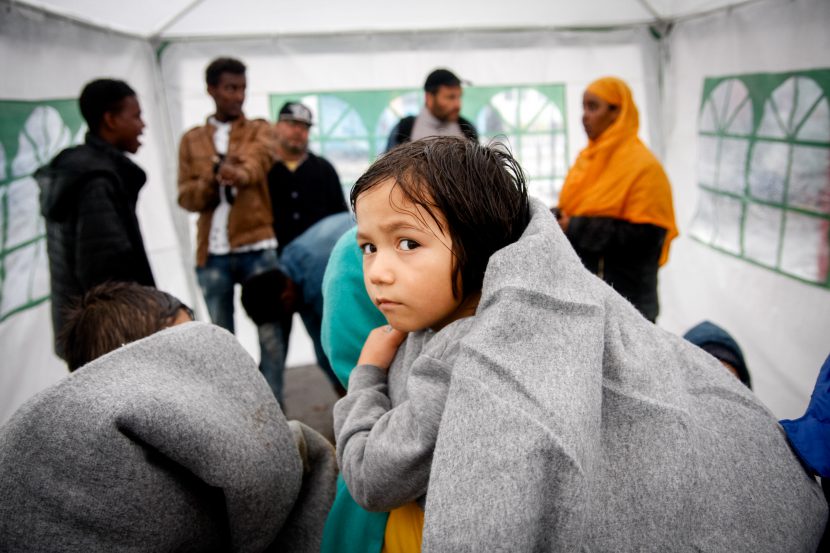 Children in border and asylum procedure face two significant issues (Pobjoy, 2017). On one hand, a child is still considered invisible in migration procedures, and on the other, an adult-focused legal framework is applied to children in these procedures. These shortcomings place migrant children not only at risk of rejection and deportation without having their own claim assessed in an age-appropriate and gender-sensitive manner, but also violate the right to protection enshrined in the provisions of the UN Convention on the Rights of the Child (CRC), which must be rigidly applied.

Invisibility of the Child in Migration Procedures

Children in migration are at risk to be considered de facto invisible in the determination procedure of any form of international protection (Bhabha, 2003). They are treated as a passive family member and their immigrations status are assessed inseparable from the status of their parents or legal guardians. Similarly, some states such as the United States of America even deny children the capability of being an active right holder and determine their status as passive subjects (Gonzalez v Reno, 2000).

The United Nations High Commissioner for Refugees (UNHCR) describes the role of a child in practice as being merely a passive part of a family unit, and not individuals who have their own rights and interests (UNHCR, 2009). Generally, children have been more likely to be procedurally invisible when accompanied by one or more family members or legal guardians (Pobjoy, 2017). In the determination of an international protection status, children are still mostly passive subjects of the administrative procedures. Consequently, they are dependent on the successful application by their family members (Pobjoy, 2017).

This inseparable status of a child implies several difficulties. These difficulties appear mostly when the denial of an asylum request of the parents or legal guardians leads to an automatic denial of the asylum request of the child. This automatic denial is called a derivative determination of the international protection status. In practice, it is implemented asymmetrically, which means the child´s claim is often summarised into the parental claim, but, on the contrary, for the parents or legal guardians the opposite effect to derivate a protection status from the child is consistently denied (UNHCR, 2009).

This derivative determination can, on one hand, ensure a treatment in accordance with  “the best interests of the child” as it guarantees that a child will not be separated from the family or guardian. On the other hand, it denies the child the possibility to have their application for international protection assessed individually and independently from their parents. This denial of an independent assessment of their protection claim neglects several rights enshrined in the UN Convention on the Rights of the Child including the right to be heard, and risks the child’s health and physical well-being by being expelled back into circumstances of persecution and violations of their fundamental human rights.

The UNHCR recommends the processing of the individual claim of a child on a priority basis to determine the identity, including the identification as a child. Additionally, the UNHCR suggests establishing the possibility that the child´s claim for international protection functions as being the principal claim (UNHCR, 2009).

Another issue that a migrant child faces is that their need for international protection is traditionally assessed through an “adult-focused lens” (Crock, 2005) in an age-insensitive manner (Crock, 2006). This age-insensitivity implies that the harm suffered by a child must qualify for the threshold of adult-suffered harm and denies the unique vulnerability of a child.

The adult perspective does not only provide for issues in the assessment of the “real risk of harm”, but it also includes issues regarding the recognition of the age and maturity of the child, their ability to articulate fear, the assessment of the credibility of the provided evidence, and often assumes the parents’ interests to be in the best interest of the child. This assessment lacks the recognition of several children´s rights as it does not consider the right to have the evolving capacities of the child recognised, the right to be heard and the principle of “the best interest of the child” (Gonzalez v Reno, 2000).

Children are one of the most vulnerable groups of individuals and therefore face specific forms of harm and fear that potentially fulfil the requirements for international protection (CRC Committee, 2013). Taking this into consideration, they must be defined as individual rights-bearers with distinct problems and needs (Pobjoy, 2015). State parties to the CRC have to take all appropriate measures into account, together with the unique vulnerability of the child to guarantee the child´s wellbeing (Article 3 (2) CRC) and to ensure the survival and development of the child to the maximum extent possible (Article 6 (2) CRC).

In his research on children in border and asylum procedure, Pobjoy enumerates several child-specific harms such as pre-puberty female genital cutting/ mutilation (FGC/FGM), deprivation of an education, parental abuse, involuntary gang or military recruitment, or discrimination on account of being born in circumstances considered illegitimate (Pobjoy, 2017).

Despite a quasi-universal recognition of children´s rights and the child as an individual rights bearer in the UN Convention on the Right of the Child, the implementation and recognition thereof have still a long way to go in practice. In the intersection of Children´s Rights Law and Refugee and Migrant Law, states have to implement the aforementioned recommendations of the UNHCR and the CRC Committee and ensure an effective and age-appropriate protection of migrant children.

Bhabha, J. (2003) “More Than Their Share of Sorrows: International Migration Law and the Rights of Children”, in: Pobjoy, J. (2017),” The Child in International Refugee Law”, Cambridge Asylum and Migration Studies.

Committee on the Rights of the Children (1 September 2005), General comment No. 6 on the treatment of unaccompanied and separated children outside their country of origin, CRC/GC/2005/6, para. 20.

Pobjoy, J. (April 2015), “The best interests of the child principle as an independent source of international protection”, ICLQ vol 64.