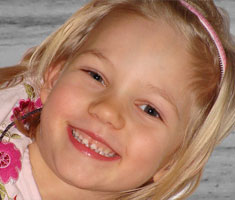 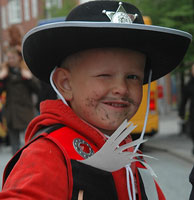 The kingdom of Denmark (including Denmark, Greenland and the Faroe Islands) is one of the best models in the world in terms of children’s rights protection. But some difficulties paint a black picture of the situation.

In Denmark, the problem of malnutrition is becoming increasingly worrying even though very few children suffer from undernutrition. Problems related to an unhealthy diet can have major consequences on children’s health, especially when obesity is also involved. Childhood obesity is steadily increasing in this country. Although it has not yet reached really alarming proportions, a good awareness campaign for Danish families would significantly reduce concerns.

Surveys show that about 21,000 children a year are victims of domestic violence. Although the number of sexual abuses is steadily declining in this country, these practices are still present. In 2009, police received 85 reports of sexual abuse on children.

In the Faroe Islands, the problem is even more sensitive as physical punishment is not explicitly prohibited, neither in families nor in alternative care institutions.

In addition, care and assistance provided to victims or witnesses of domestic violence are inadequate.

Denmark has known a large wave of immigration in recent years. Very open at the beginning, the country legislates more and more in this area in order to limit this phenomenon. For example, some asylum-seeking children are refused at the entrance of the country after an extremely tough trip. Families often spend all their savings to pay a smuggler who schedules the travel of the child.

Once arrived in Denmark, admission conditions in the country are very limited. In many cases, the child cannot remain on the territory and will be sent home without the authorities even having studied the situation in an individual and thorough manner.

With 9.9 tons of CO2 per capita per year, Denmark still needs to make progress on environmental protection and to reduce its environmental footprint.

It also has a bad impact on the lives of children and their future prospects. Their right to live and grow in a healthy environment is not properly respected.

Denmark is an important destination and transit country for child victims of trafficking. Work, and especially forced prostitution, are activities imposed on these children having arrived in Denmark.

Furthermore, traffickers, the perpetrators of these crimes, are hardly bothered by justice services who struggle to finalize the investigation and prosecution. One of the main businesses using children is the sex tourism industy, that has particularly serious and often irreversible effects on children’s health. 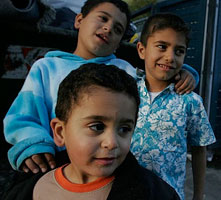 Many efforts have been made by the Danish Government to eradicate some forms of discrimination. For example, gender equality is the subject of increasing legislation.
However, some types of discrimination are still very present in this country. Foreigners particularly have to face many restrictions. Indeed, non-Danish children meet many obstacles to take advantage of certain public benefits. Access to assistance and social benefits is in fact submitted to many restrictions which disadvantage them considerably.

In addition, children from minorities are frequently victims of discrimination from the rest of the population. For instance, the integration of Romani children remains problematic. As in many other European countries, children constantly see their rights denied, especially that of freedom to respect their own customs.