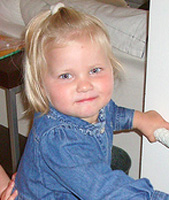 Finland’s children live in good conditions and the country belongs to one of the ten countries at the head of our classification. Certain problems do persist, however, notably with violence and discrimination against the children of immigrants and minorities.

Finland’s youth are at much greater risk of falling victim to violence than its adults. In 2009, 20% of 15-19 year olds admitted to having been a victim of violence, or threatened with violence. This can partly be explained by a “harsh” educational system and the desensitisation of parents in terms of the consequences of such behaviour. 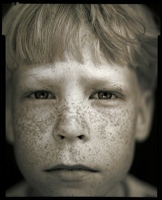 Mistreatment and sexual abuse suffered by children in the family environmentare one of the main obstacles preventing a full and proper realisation of children’s rights in Finland. Mothers commit violence just as frequently as fathers. This widespread violence is often not reported to the authorities. Moreover, there is no complete or reliable system in place to control violence against children. The country has, however, recently implemented a plan to fight against the use of physical punishment on children. The plan will be completed in 2015.

Cases of bullying and sexual aggression occurring in schools are also alarming. With the diffusion of new technologies, harassment and threats between students have found new ways of expressing themselves via email, SMS, etc. In addition 9% of students are victims of psychological violence and 5% are victims of physical violence coming from teachers. As a result, and in spite of their high levels of success in the classroom, many Finnish students are dissatisfied with their school.

The number of children placed into institutional care is growing. The rules for the placement of children, however, are not congruent on the national level.This current system leads to more abuses because these institutions lack sufficient operational capacities. Numerous children in such care do not have proper access to education, nor proper psychological care.

The Committee for children’s rights is concerned with the rising levels of alcoholism and drug addiction among Finland’s youth. In general, the frequency of alcohol consumption with the sole aim of becoming drunk is higher among Northern European youths. The quantity of alcohol consumed by Finnish adolescents is above the European average.

Alcohol consumption multiplies the risk of fatal injuries and encourages risky behaviour. Alcohol also provokes trouble in school. Additionally, close to 4% of 15-16 year olds in Europe admit to having had non-protected sexual relations under the influence of alcohol. In Finland, a study in the 1990s estimated that consuming alcohol from the age of 15 leads to a reduction in life expectancy of two years in boys and a reduction of six months in girls.

The persistence of discriminatory attitudes and hate crimes perpetrated against immigrants and minority groups is disturbing. The Roms, a traditional ethnic minority in Finland, face the greatest level of discrimination, following by Russian speakers, Somalis, Turks, Iraqis, the Sami (an indigenous Lappish population living in the north of Finland) and Thais.

This discrimination affects children at school. Despite a specialised programme for students whose native language is not Finnish, Finland does not offer enough classes or text books in minority languages and these children’s educations are suffering. Young Roms, for example, drop out of school at younger ages and their average grades are lower than other students. They are also often oriented towards classes for struggling students.

The efforts made by the education system to bring additional media support (written press, television programmes for children) in minority languages, notably in the Sami language, do not yet sufficiently respond to their current needs. Access to assistance services or to other forms of help is often not easily obtained by minority groups.

This discrimination also affects children outside of school, because their parents face more difficulty finding stable employment and may not be able to sufficiently meet their children’s needs. The unemployment rate of immigrants is twice as high as the national average.

Compared to its European neighbours, Finland receives relatively few refugees and accepts even fewer asylum seekers. The criteria for acceptance are very strict. The law functions in such a way that potential asylum seekers, including children, are often expelled before reaching the end of the asylum seeking process.

Additionally, the authorities very frequently make recourse to detention for refugees and asylum seekers, including vulnerable populations, such as non-accompanied minors. The detention period is often too long and their needs are rarely taken into proper account. Children over 16 years old are also often detained with adults. In 2010, 54 children were detained in such inappropriate conditions.

Finland is a country of transit and destination of hundreds of people, above all women and girls, who come from Russia, the Baltic region, Caucasia, Asia, Africa and the Caribbean. These people are the victims of prostitution or forced labour network. Children are mainly sexually exploited and forced into begging.

Though the government considers victims of human trafficking as foreigners, NGOs suspect many Finnish adolescents implicated in prostitution networks are also sometimes victims of this trafficking.

With 12.7 tonnes of CO2 emissions per inhabitant per year, Finland is one of the world’s most polluting countries. This has both a direct and harmful impact on the lives of children and on their future. Their right to live and grow up in a healthy environment is not respected. Finland therefore has a great deal of progress to make in order to reduce its ecological footprint.