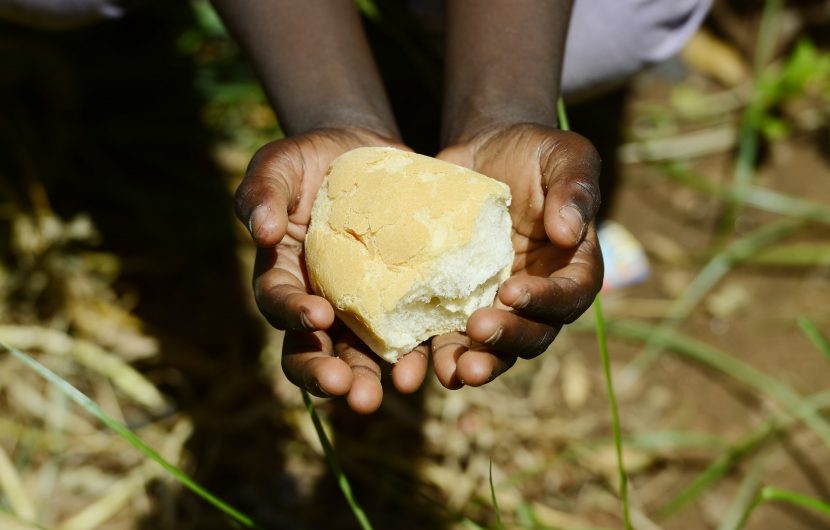 As everyone knows, human beings must eat. Children’s health and physical development depend heavily on their food, and the consequences of malnutrition in children can have irreversible effects on their health. According to the FAO (Food and Agriculture Organization of the United Nations), more than 800 million people suffer from undernourishment [1]. Hunger is even becoming more prevalent once again as a result of war and climate change [1, 2], while in 2015, case numbers were falling [3]. The fight against hunger must therefore be treated as a crisis and spark global action.

Malnutrition refers to a nutritional status that differs from the medical norm and which comes as a result of dietary imbalance in terms of quantity and/or quality. Malnutrition can refer to undernourishment, overeating or nutrient deficiency [Larousse, 4]. According to the WHO (World Health Organization) [4], 1.9 billion adults are overweight, while 462 million are underweight (2016). Obesity can also be harmful to health by increasing the risk of chronic illnesses such as diabetes, cardiovascular disease and cancer [5]. However, while obesity prevention is necessary, the fight against undernourishment remains a priority. In addition to the number of deaths for which undernourishment is responsible, it also encourages certain infectious diseases, can have irreversible consequences, and has an impact on every aspect of the daily lives of those affected.

Counting both those who are undernourished and those with dietary deficiencies, malnutrition affected more than 2 billion human beings worldwide in 2015 [6]. This malnutrition can result in an ‘invisible’ hunger, as it does not make the body thin, although it does weaken it significantly. This scourge results in increased maternal and infant mortality, physical disabilities, and weakening of the immune system and intellectual faculties [6].

According to the WHO, malnutrition is involved in more than half of infant deaths, despite rarely being listed as the direct cause [7]. Lack of access to food is not the only cause of malnutrition. Poor dietary practices and infections [7], sometimes themselves linked to malnutrition (such as noma), play a major role in – and amplify – worsened health. A vicious cycle between malnutrition and infection can then arise. In addition, mothers’ malnutrition has a significant effect on the malnutrition of their children. Undernourished pregnant women give birth to weaker children, and an undernourished mother who is breastfeeding cannot give her child all the nutrients it needs to grow. This means that some children are born into famine. According to UNICEF, 165 million children under the age of 5 suffer from delayed growth [8]. This delay also results in irrevocable brain and intellectual damage in children under 5. If they survive, the consequences of hunger will be with them for the rest of their lives, even when their stomachs are full.

Although diet plays a very important role, poor water quality, poor hygiene conditions and lack of medical care also play a major part in poor physical development in children [8] – not to mention the fact that famine rarely occurs in isolation. It often arises alongside war, poverty or climatic events (mainly drought, but also flooding). As multiple factors are responsible for hunger, it is extremely difficult to combat them.

An undernourished child begins life with a major disadvantage. In addition to the unpleasant physical aspects, he or she will be unable to concentrate at school and study properly, in turn preventing them from gaining sufficient learning to escape poverty. Hunger also affects the psyche, saps motivation and destroys hope of getting by. Hunger has an impact on all aspects of daily life and prevents children from developing fully, both physically and personally.

The causes of hunger are multiple and complex, particularly in a globalised world such as ours. Working to eradicate it means tackling a number of intertwined issues such as war, poverty and disease.

According to Jean Ziegler, a former UN special rapporteur on the right to food, based on the FAO’s World Food Report, world agriculture produces enough food to feed 12 billion people [9]. It is therefore not the quantity of food that is the issue, but how food is distributed. The global market encourages countries to export their food items. They then need to import a large proportion of food for their own population, and the price of these foods is determined by current market forces. This market benefits those countries that are economically strongest and harms those that are weakest, which very often are those countries in which famine strikes. As a result, rethinking globalisation appears essential.  Working on improving the availability and accessibility of food is crucial.

One approach is to strengthen local subsistence farming to ensure food self-sufficiency and sovereignty. Farming of this type prioritises the needs of local communities. A number of projects have been set up to help communities produce their own food in sufficient quantity, with the surplus being sold in local markets. The expansion of agro-ecology and sustainable farming also helps to promote these promising initiatives.

Now is the time to combine local initiatives with global management to achieve a world free from hunger.

Breaking the cycle of hunger in South Sudan https://www.wfp.org/stories/breaking-cycle-hunger-south-sudan