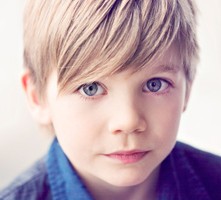 During the last few years, the Icelandic government has largely favored the protection of children’s rights and has implemented numerous protective measures, placing the best interests of the child at the heart of its decisions concerning them. However, the country still has progress to make, notably concerning child justice, sexual exploitation, and access to care.

Following the collapse of the Icelandic banking system in 2008, the country underwent a serious financial crisis. This resulted in a decline in public investment and the impoverishment of many families. In spite of State efforts to protect the most vulnerable as well as small improvements in the current situation having been made, the consequences have been very damaging for many children, for whom access to certain services like education and health has worsened.

Social assistance intended for the poorest or the single parent families is not enough to allow proper child development. Disabled children also suffer from less than adequate care than before the crisis, notably in schools where their special needs are not taken into account due to a lack of resources.

In spite of some advances relating to health, the number of obese children and adolescents remains very high. According to a 2006 study, 14.5% of children ages 11 to 15 were considered obese or overweight. The unnecessary weight gains can lead to serious health problems, adversely affecting the heart, lungs, and joints.

An increasing number of young Icelanders are also victims of psychological or behavioral problems such as hyperactivity.  With the increase in the number of patients, specialists are overwhelmed and access to care is becoming more difficult. Another direct consequence is that these children consume an increasing amount of medication and this has the potential to cause neurological effects.

The number of pregnancies and abortions among adolescents ages 15 to 19 is also relatively high (15 in every 1000 give birth), demonstrating gaps in sexual education and access to contraceptives.

The Ombudsman for children’s rights in Iceland is not always able to receive individual complaints. Children who wish to report a violation of their rights must resort to the complex complaint systems of varying governmental services. In addition, children testifying are not always correctly handled and protected, which often stops them from reporting what they have seen. 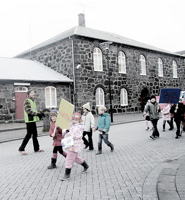 Additionally, the lack of a comprehensive justice system for minors does not guarantee that a child’s best interest is taken into account during the process.

Furthermore, Iceland still has not withdrawn its reservation that it expressed against article 37 of the Convention on the Rights of the Child concerning the separation of children and minors in detention centers. Children younger than 18 are detained with adults, thereby exposing them to serious risk of aggression.

Finally, the lack of reintegration help for juvenile delinquents leaving alternative care centers means that children, often with nowhere to turn, have difficulty reintegrating into society.

Although few Icelandic children may be abused, many are, on the other hand, witnesses of violence between adults. Legislation considers that a child is not a victim as long as the violence is not directed toward him or her. Parental violence has therefore a very light weight in legal decisions regarding child custody. However, this display of violence may have serious psychological consequences for children.

In Iceland, a relatively high number of children begin to work at a very young age, sometimes by the age of 13. Working conditions are generally acceptable, but sometimes it happens that inappropriate working arrangements with certain bosses expose them to long working hours, and serious risk for accidents and harassment. Sometimes the work responsibilities place too heavy a burden on children for their age.

The last amendments to the Criminal Code regarding sexual crimes still does not offer adequate protection against sexual exploitation for children ages 15-18. Cases of rape and other sexual aggression towards minors are not systematically brought to trial, and even less often result in a conviction. Over the last few years, reports of rape have increased, but convictions have not. 70% of cases opened for rape (adults and children) between 2006 and 2009 were closed without punishment of the offender.

Furthermore, underage prostitutes are too often considered as delinquents rather than victims.

Additionally, due to the principle of double criminalization, the national justice system only punishes a crime having been committed abroad if the crime is also punishable in the country where it was committed. This limits the possibility of convicting child trafficking, reducing children’s protection from sale, prostitution, and pornography.

Following the arrival of a growing number of immigrants in the country, cases of discrimination and racism toward foreigners are on the rise, and it has been difficult to control due to the absence of legislation on the matter.

A troubling fact is that the dropout rate of migrant children during secondary school is fairly high, and is mainly due to the lack of help in learning the Icelandic language. Immigrant children also run the risk of finding themselves socially isolated or of forming parallel groups which clash with mainstream society.