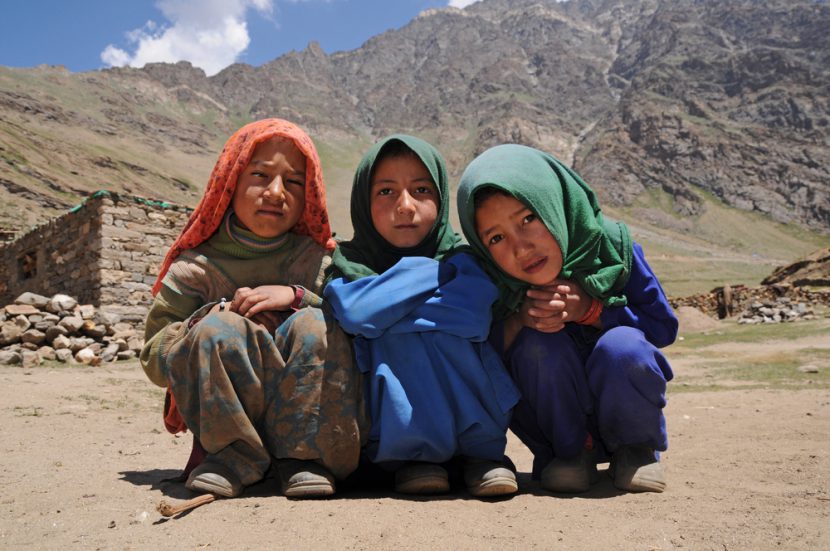 In the wake of the 30th Anniversary of The United Nations Convention on the Rights of the Child (UNCRC), Humanium continues to emphasize the lacking support of children’s rights, which can be currently witnessed in Kashmir.

The children of Kashmir are facing violence and armed conflicts. In this light it is important to remember the Optional Protocol to the Convention relating to the Rights of the Child, regarding the involvement of children in armed conflicts of 2000, in order to gain an understanding of the difficult problems that children growing up in violence are facing. Although this refers to child soldiers, it also concerns ongoing state violence, which children are undeniably facing every day if their region is at war.

“For seven decades, the children of Kashmir have grown up amidst violence,” Malala Yousafai claims following Kashmir’s lockdown, conducted by Narenda Modi’s India (India Today Web Desk, 2019). Malala, the Nobel laureate shot by the Taliban in 2012 for her advocacy of girls’ right to an education, has appealed for peace in the region of Jammu and Kashmir, which has lived in conflict since she was a child.

Kashmir has been the subject of a land dispute between India, Pakistan, and China since 1947, following the partition of India. At the time, the state of Jammu and Kashmir was ruled by Maharaja Hari Singh, who wanted independence for Kashmiris, but this was not going to be the case. In September 1947, after an invasion by Pashtun Tribesmen in western Kashmir, Singh asked India for help. India, however, offered to help on the condition that Kashmir joins the country. Pakistan then held power over the western part of Kashmir, called today Azad Jammu and Kashmir.

In the agreement with India, Kashmir was given a special status (Article 370) with which it would have relative autonomy. This meant that Kashmir would have autonomy over issues not concerning communications, foreign affairs, and defense. (Blakemore, 2019)

Since 1947, Kashmiris have been facing violence with a heavy military occupation, with wars occurring. As explains Malala, children and women in particular have been bearing the brunt of the ongoing and loosely resolved conflict. Today, this is getting worse. (India Today Web Desk, 2019)

On August 5, 2019, India’s Prime Minister Modi decided to revoke the Article 370, stripping Kashmir and Jammu of the small autonomy that they still held, and of their power to prevent outsiders from settling in. (Withnall, 2019) At the same time, Modi’s government conducted an internet blackout throughout India-occupied Kashmir. (Lateef, 2019) With lacking phone connectivity, Kashmiris cannot communicate their current condition to the world, awareness needed in order to lobby for action.

The main issues children are facing in the region currently are violence and lack of education. As stated by a report created by Indian economists and activists, boys have been abducted during midnight raids by the security forces, and girls and women have been molested during nighttime raids by officers. (Drèze J., Krishnan K., Mollah M., and Bhai V., 2019) Although thorough, the report does not include any video interview evidence from ordinary people that the Indian researchers encountered. However, there is a reason for this: parents fear speaking about it in the event that the raids are filed in the Public Security Act cases. The parents’ statement of their boys’ disappearance could lead to their arrest due to interference with state security. Indeed, the raids have installed fear on Kashmiris.

Furthermore, Indian researchers report on lack of food, milk and basic needs throughout the population. This has quite negative effects on children, who are still growing, in need of proper resources for their growth. In regards to health, people have been prevented from travelling to the hospitals, too unsafe considering the current situation. (Ma, 2019) The report has been a useful source of information in a country which is currently facing a media blackout, with journalists unable to travel within the region.

The second main issue that children have been facing is lack of education. Around mid-August 2019, Indian authorities ordered the primary schools to reopen, after having closed them on August 5. They are still opening schools, where restrictions no longer apply. Due to the ongoing conflict, which in practice translates itself to conflicts in the streets and clashes with security forces, parents have been reluctant to bring their children to school. In fact, the lack of safety has lead some parents to state that education is less important than the safety of their children. (Lateef, 2019)

Parents have indeed been creating a form of protest by refusing to occupate the schools with their children. Another issue for parents is the lack of phone connectivity, disabling them from contacting the school authorities when their children are on the premises. It is not only the children; few teachers show up. As stated by Mohammad Younis Malik, the director of school education in Kashmir, 72 of the 166 primary schools which reopened had “ ‘thin’ attendance.” (Lateef, 2019) Low attendance has also been the case in middle schools and high schools. (The Times of India, 2019)

At Hansraj Public School in Panchkula district in Haryana, India, some students have been asked to complete a letter thanking Modi for his decision to revoke the articles. The DAV College Managing Committee, in charge of Hansraj Public School which deals with 900 other schools in the country, is indeed targeting children aged 11 and 12 with propaganda. These children are not of age to understand the conflict, even less form opinions on it. The propaganda aims at using children, and revokes them of their personal rights. (Withnall, 2019)

At Humanium we can not say often enough “Security First! Without security there is no quality education, if at all.’ In our projects in Rwanda, our focus was to end violence and prioritize peace building, before the construction of schools and the development of education. For example, in five regions of Rwanda, we partner with Associazione Volontari per il Servizio Internazionale (AVSI), in the aim of ending the cycle of violence which has been ongoing since 1994, at the time of the Rwadan genocide. Humanium developed an innovative approach designed by trauma care specialists, with interdisciplinary tools to provide psychological and social support to families. The children, who had grown up by then, found themselves in grave situations of domestic violence, which prevented them from developing with the psychosocial approach they needed. Children need a safe environment in which they feel comfortable in order to attend school and be in a working environment.

In Kashmir, with the ongoing conflict, this is not the case. Maybe this motivates us, as an NGO, to take up a project of workshops within the region, and emphasize on a psychosocial approach that will allow children to not only feel at ease going to school, but obtain the mental support needed once having faced violence in the streets. Humanium has been in the region before, conducting 10 projects in India over the course of 11 years, which encompass topics such as child labour, sustainable organic farming, and sustainable development. Recently, in the North, in Madhya Pradesh, we built a school for 50 girls. The school has been active for 2 months. Having experience in the region, and with the psychosocial approach needed for children living in violence, Humanium is well placed to envision a project in Kashmir.

Humanium has also had more experience building schools. In Senegal we built a primary school to improve educational opportunities. Through both our values and our actions, we emphasize children’s rights to an education. This is why we believe it is necessary to raise awareness about the current education situation in Kashmir. It is necessary to create a safe environment in which students can attend school safely, which is not currently the case. Although the schools have reopened, and more schools are planning to reopen, this does not certify safety for the youth. We have to keep talking about it; raising awareness will indeed lobby support which will hopefully enable action. Talking, and maybe also planning workshops!