Children of Morroco and Western Sahara 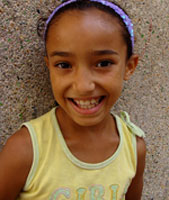 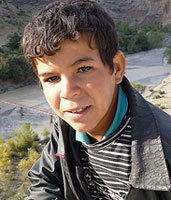 Main problems faced by children in Morocco and Western Sahara:

15% of the population lives below the poverty line (with less than 2 dollars a day).

However, poverty afflicting mainly rural areas is decreasing thanks to action taken by the Kingdom of Morocco.

During the past five years, the infant mortality rate has been 18.7 ‰. Nevertheless, it must be stated that Morocco has made important progress to reduce this statistic.

Morocco now must augment and improve its health care facilities so that all children have the same right to life .

In Morocco, many families have a very difficult life and live in abject poverty. As victims of this poverty, children are forced to drop out of school to seek work.

Child labor affects 8% of children between 5 and 14 years of age. This phenomenon, affecting mainly girls, has still not been eradicated.

Young girls often become domestic servants while boys sell handkerchiefs in the streets or polish shoes. These children are exploited from a very young age.

These economically exploited children are also sometimes sold for sexual services and face abuse or even violence.

Child exploitation in Morocco is part of an illegal and immoral trade that is rarely punished by the law. However, in recent years notable advances have been made with respect to legislation that can help these children.

Even though, since 2002, school has been mandatory and free for all children ages 6 to 15, today only 88% of Moroccan children can be considered as educated.

Although school is free, parents living in poverty cannot afford school supplies. Poor families are sometimes forced to send their children to work to help support the household. This explains the fact that around one in two children over 10 is illiterate.

Efforts have been made by Morocco to allow all children access to education. These efforts must be combined with those of Moroccan civil society to effectively achieve a goal of universal education.

Annually, around 100 to 200 children are abandoned throughout Morocco. Pregnancy outside of marriage is considered to go against tradition. Fearing repercussions, single mothers often flee their family home to hide a pregnancy and then abandon the child.

Morocco has no institutions that can receive the mother and child. Mothers do not have appropriate emotional and financial support and this forces them to take desperate measures, such as the abandonment of their child.

UNICEF and the Moroccan league for children recently launched a new operation called “Prevent the abandonment of children” in order to resolve this problem.

In recent years, Morocco has become an important stopping point for migration before reaching Europe. For some, Moroccan cities have become residences for migrant men, women, and children.

The conditions for displaced migrant children are difficult and they are subjected to malnutrition and health problems. Very often, their right to access health services, education, or even justice is denied. Migrant children who are not accompanied are more vulnerable to abuse and exploitation during their detention.

A growing number of Moroccan children are victims of sexual abuse. This increasing societal phenomenon has spread to all major cities in the Kingdom. A 2008 report from the organization “Touche pas à mon enfant” revealed that, in many cases, children are victimized by someone they know like their parents or even family friends.

Vulnerable children trust these people. Such an assault traumatizes the child and affects them psychologically.

It is even more shocking to note that children less than 8 years old are the most affected by the sex trade. This situation is serious for them because at their age, they don’t know how to make the distinction between normal and sexual behavior.

Girls as well as boys are victims of abuse, such as sexual harassment, prostitution, sexual tourism, or even rape. Rape, the most extreme case, involves emotional trauma and can also result in an unwanted pregnancy.

A real change in mentality is necessary in Morocco, because currently, penalties imposed on pedophiles are too lax. Furthermore, considerable efforts to raise awareness and improve health and legal institutions must be implemented in order to lower the number of incidents of sexual abuse involving children.

The legal age for marriage in Morocco is 18. It is only possible for two minors to marry if they have obtained prior authorization from a judge. However, 16% of underage girls are already married. To obtain this authorization, some families pressure their children until they consent to the marriage. These marriages often have serious consequences on young children’s health, as they do not yet understand what is involved in marriage.