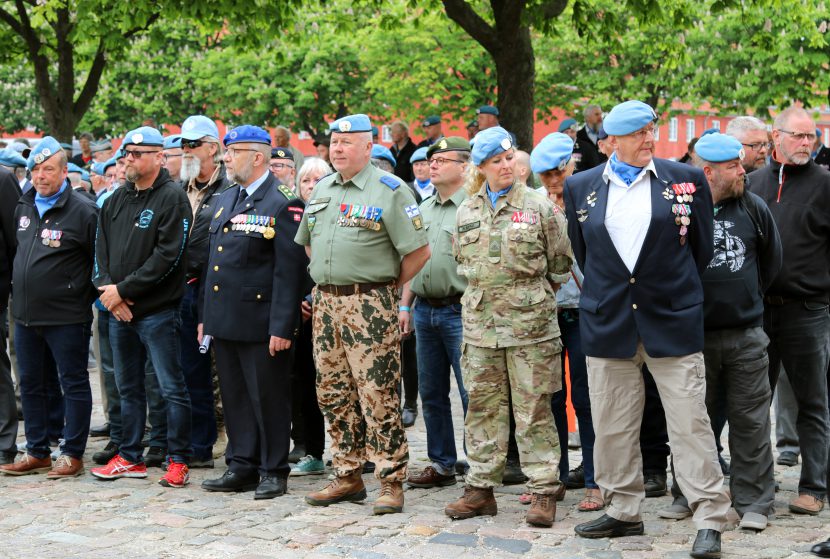 This Wednesday 29th May 2019, Humanium is celebrating the International Day of United Nations Peacekeepers, established in 2002 by the UN General Assembly.[2]

Every year, this day is an opportunity to pay tribute to the more than 100,000 UN peacekeepers – men and women – currently in the field [3] in 14 peacekeeping operations worldwide [4].

It is also an opportunity to remember the many peacekeepers who have been killed in the line of duty since the creation of the forces in 1948. Since then, more than 3,832 [5] members of peacekeeping operations from over 120 countries have lost their lives while serving under the UN flag. These include civilians, soldiers, police forces, international civil servants, United Nations volunteers and national staff.

While peacekeeping operations began as a highly specific assignment (the aim of the mission in 1948 was to monitor the application of the armistice agreement between Israel and its Arab neighbours – “simply” enforcing the ceasefire); their roles and responsibilities have constantly developed as peacekeeping operations have become more complex, including “protecting civilians, disarming ex-combatants, protecting human rights, promoting the rule of law, supporting free and fair elections, minimizing the risk of land-mines and much more[6]… ”

Each year, the international day is given a specific theme, and this year’s is “Protecting civilians, protecting peace”[7] marking the 20th anniversary of the first official peacekeeping mission to protect civilians (UNAMSIL in Sierra Leone) under the mandate of the Security Council.

Protecting civilians as part of peacekeeping operations has gained considerable importance to the point that more than 90% of current UN peacekeepers operate under a mandate to protect civilians in eight operations: the Abyei region, Darfur, the Central African Republic, the DRC, Haiti, Lebanon, Mali and South Sudan.

Ambitions for the Future

Last year, the UN Secretary-General launched a new initiative called “Action for Peacekeeping”, which calls for greater focus on peacekeeping missions with more practical aims, and which aims at increasing the effectiveness, safety and security of these operations.

Furthermore, regarding the involvement of female personnel in peacekeeping operations, António Guterres has committed to ensuring women play a much more active role in missions. The women already among UN personnel are deployed across all sectors – police, soldiers, and civilian staff – and act as role models for people in the countries in which UN operations take place.

Finally, the “Action for Peacekeeping” initiative is an opportunity to renew mutual political engagement in favour of peacekeeping operations.

[1] The acceptance speech of Javier Pérez de Cuéllar (former UN Secretary-General) at the awarding of the Nobel Peace Prize to the UN’s peacekeeping forces in Oslo on 10 December 1988.

[1] Peacekeeping operations symbolise the world community’s will to peace and represent the impartial, practical expression of that will.” Last para. https://www.nobelprize.org/prizes/peace/1988/un/acceptance-speech/

[4] Information on the operations can be found at the following link: https://peacekeeping.un.org/en/where-we-operate