Children of Democratic Republic of the Congo

Realizing Children’s Rights in Democratic Republic of the Congo 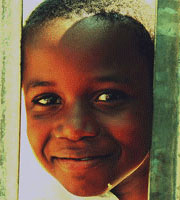 Ravaged by armed conflicts, it is far from ideal to be a child in the Democratic Republic of the Congo (DRC). The situation of children is serious: malnutrition, sexual violence, child soldiers, displacement of children…

Main problems faced by children in Democratic Republic of the Congo:

The Democratic Republic of the Congo is one of the poorest countries in the world with more than 70% of its population living below the poverty line. A large part of the population lives on less than two dollars a day. The gross national income per capita is 160 dollars a year. 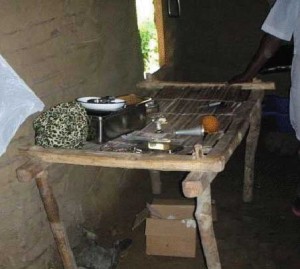 The infant mortality rate in DRC is 19%, which is extremely high, and life expectancy (48 years) is one of the lowest recorded in the world.

The population of DRC is one of those most affected by the AIDS virus. The problem directly affects children since around 930,000 children are currently orphaned by AIDS. These children, having lost their family, find themselves in the streets: this increases the risk of the spread of AIDS

Access to care and vaccinations, in particular, remain problematic given the poor funding of hospitals and the lack of public information.

These deficiencies have resulted in the reappearance of polio in DRC, necessitating the implementation of a huge vaccination campaign for 12 million children less than 5 years old by the World Health Organization. 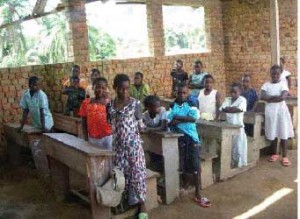 Primary education is not free in DRC. The costs of education are almost as high as the per capita income, and because of this very few children are educated.

Among adults, more than half of the population has never gone to school or progressed past primary school. Only 50% of children ages 6 to 11 go to primary school.

Conflicts that have taken place in DRC affect mainly children, who are its primary victims.

The persisting conflicts in DRC have resulted in the recruitment of children into armed groups. These Congolese children are often captured following the murder of their parents by these armed groups, and are then sent to camps where they are trained how to handle weapons. They become child soldiers required to commit crimes against the population and sometimes against their own family. Around 35% of the combatants present in DRC are children. For these children, the only education they receive comes from war – a violent, dangerous, and bloody environment. Because of this, their future prospects are seriously affected.

One of the tragic consequences of armed conflicts in DRC is the now commonplace practice of rape, whether it be towards women, children or even men. The practice of sexual violence in this armed conflict distinguishes itself from other crimes by its scale and cruelty.

The UN notably remarked that today, rape is considered a weapon of war. In fact, rapes are used in DRC as a weapon to destroy populations.

Congolese children are particularly affected by this scourge, whether in takes place in the family or by armed groups.  In 2009, more than 150,000 cases of sexual violence were reported and more than half of them concerned victims less than 18 years old.

Children are traumatised by these appalling rapes, but few health and legal structures have been implemented. This absence of structure prevents children from reporting these acts and obtaining reparation.

These rapes cause emotional and psychological trauma, and also involve the risk of not only contracting sexually transmitted diseases, but also of unwanted pregnancies.

In addition to being victims of sexual violence, young Congolese girls can also be forced into prostitution or even to marry.

During these conflicts, children, the first victims, see themselves forced into displacement in order to avoid being recruited by armed groups or the violence committed by them.

These forced displacements prevent children from having a healthy diet and accessing education. They then become susceptible to malnutrition and diseases.

This problem is located mainly in Kinshasa (capital of DRC). However, street children are also present in all other areas of DCR. The number of street children is today estimated at 70,000, which reveals the serious situation that they live in.

The average age of these children is 12, and an increasing number of them find themselves in this situation because they are accused of witchcraft.

Witchcraft in DRC sometimes leads parents to drive their children away from home. In fact, as soon as a child shows “symptoms of strange behaviour” and a spiritual authority confirms that he or she is a witch, they are violently driven away from home.

Once driven away, children are left on their own and so must work, beg, or prostitute themselves.

The cost of education being often excessive for parents, they sometimes bring their children to work with them. The child plays an important economic role for its family, because the salaries are so low that they do not allow a family to feed itself.

Therefore, children are forced to spend their day in the country’s ore dumps gathering gravel or copper. This work necessary for ensuring  them a minimum amount of vital food violates Article 32 of the Convention on the Rights of the Child requiring the protection of children from economic exploitation.

Only 31% of births are registered in DRC. The majority of Congolese children do not have an official identity or a nationality; they are invisible in the eyes of society.

This lack of right to identity is particularly troubling for displaced Congolese children or child soldiers. Having no legal existence, they find themselves in an illegal situation with no rights.

“When they came to my village, they asked my older brother if he was ready to join the militia. He had just turned 17 and he said no; they shot him in the head. Then they asked me if I wanted to join, so what could I do? I didn’t want to die.”

A former child soldier taken at 13.