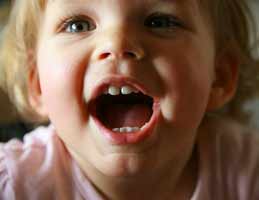 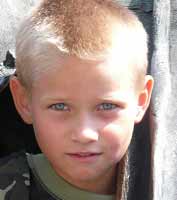 The rights of the child in Poland are fairly satisfactorily fulfilled. Still, the country must continue its work to eliminate some principles and practices that contradict the Convention on the Rights of the Child.

About one in four children in Poland suffer from poverty. Very little government aid exists to support families financially, especially those with newborns.

In Poland, the poverty rate is strongly tied to the widespread unemployment throughout the country.

The childhood poverty rate is one of the highest in Europe, particularly affecting single-parent families and large families.

While children in certain remote regions of the country come from the poorest families and suffer from malnutrition, the opposite problem affects many other young people in Poland. The obesity rate has actually seen a large increase in recent decades. Today, almost 20% of people in Poland are clinically obese.

This condition is mostly due to overeating or poor eating habits, and is particularly worrisome among children. Their health is more vulnerable than adults’ and can be severely affected quite easily. Obesity has many harmful effects for children, and can reach very dangerous and life-threatening proportions.

Discrimination occurs in Poland based on race, gender and sexual identity. 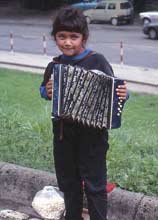 Roma (Gypsies) and other foreigners are usually the targets of this discrimination, although Poland has been attempting to create programs to combat this type of discrimination.

However, Roma are still far from being fully accepted. They are social outcasts, and often the target of dangerous and sometimes violent racist acts, especially among children.

Homosexual teenagers are also the subject of notorious discrimination, even from civil services and some public authorities. Many laws have been introduced to prohibit the circulation of any information about homosexuality in schools, and even to forbid homosexuals from teaching. Fortunately, none of these laws have been passed, but they reflect the Poles’ saddening refusal to accept all sexual orientations.

Sex trafficking is one of the main and most reprehensible problems concerning the rights of the child in Poland.

Preventative measures and awareness alone are insufficient, considering how gravely affected the country is by this problem. There are too few methods to determine the causes and sources of this sexual exploitation. Poland remains one of the largest destinations for sex tourism in the world.

Poland produces more than 8.3 tons of CO2 emissions per person per year. This large carbon footprint has a harmful impact on children’s lives, as well as on their views of the future. This violates their right to live and grow up healthily in a clean environment.

Freedom of Expression and Opinion

In Poland, a child’s opinion is routinely ignored. People are very attached to traditional ideas that advocate absolute parental authority, and pay no heed to children’s ideas. Consequently, children are rarely heard, even if they are the main subjects of a discussion. Laws and programs concerning children don’t take their opinions into account, and are thus poorly adapted to their needs.