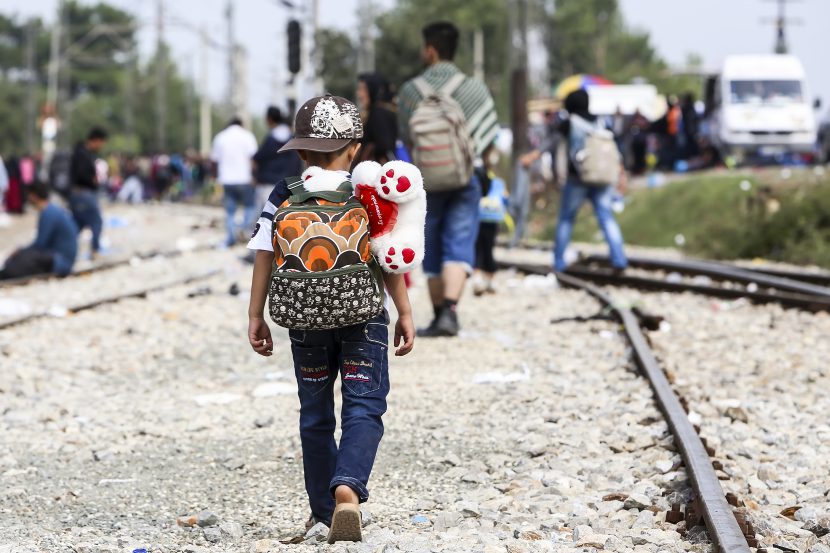 As announced on 18 November 2020 by Notis Mitarachi, Greek Migration and Asylum Minister, Greece is abolishing the long-standing scheme of protective custody of unaccompanied child migrants. This practice is not only endangering the physical and mental well-being of children, but it also violates international, European and Greek domestic law in relation to the rights of the child.

In Greece, unaccompanied child migrants have been systematically taken in custody by the police for 20 years and detained in police cells for multiple weeks up to several months (Hellenic Republic, 2020). In Article 118 President Decree 141/1991, Greek legislation provides for the domestic legal basis to detain children with the aim of their “protection” from harm and criminal organisations, without any formal requirements of time limits.

The detention facilities, police cells, used for this “protective” custody do not meet the requirements for an age-appropriate form of custody as they lack access to leisure, outdoor activities and other age-specific needs of children that are established in Article 37 (c) of the Convention on the Rights of the Child. The “protective custody” qualifies as de facto detention and deprivation of liberty, which has severe effects on the physical and mental well-being of a child (Human Rights Council, 2015).

The Legal Aspects of the Issue

It has to be highlighted that Article 118 PD 141/1991 is not designed for unaccompanied migrant children, and, according to the Greek national legislation, the detention of unaccompanied children should only be permitted in “very exceptional cases”, “as a last resort”, after consideration and in accordance with “the best interest of the child” principle (Article 46 (10A) L 4375/2016).

In 2019, the European Court of Human Rights established in its decision on H.A. and other vs. Greece that the implemented protective custody scheme in Greece violated international law (CRC), European law and Greek domestic law. In detail, the UN Convention on the Rights of the Child was violated as no consideration of the “best interest of the child” principle was implemented in the protective custody procedure.

Additionally, the European Convention for the Protection of Human Rights and Fundamental Freedoms has been violated in respect to the detention conditions (Art. 3) and the unlawfulness of the detention (Art. 5). Moreover, Greek domestic law has also been violated as protective custody has not been used “as a last resort” in “very exceptional cases” (Article 46 (10A) L 4375/2016), but was systematically implemented as the standard procedure for unaccompanied migrant children (ECtHR, H.A. and others v. Greece, 2019).

Changes in Laws and Procedures

On 18 November 2020, the Greek Ministry for Asylum and Migration announced that, since 14 November 2020, no unaccompanied migrant children remain in protective police custody. The efforts to relocate children from “protective” detention into shelters in Greece or elsewhere in Europe started at the beginning of 2020 in cooperation with the European Commission and as a result of multiple judgments by the European Court of Human Rights.

Minister Mitarachi has further stated that, in collaboration with the Ministry for Asylum and Migration and the Citizens’ Protection Ministry, a bill will be submitted to the Greek Parliament “to formally end this practice” of children being held in police custody system, and that a system shall be developed which “will allow for the comprehensive, effective and timely protection of unaccompanied minors” (Hellenic Republic, 2020).

As a member of Child Rights Connect (CRC), an organization that drafted the UN Convention on the Rights of the Child, Humanium strongly engages in protecting vulnerable children worldwide and works for a world where children´s rights are universally and effectively respected, protected and enforced. You can help in raising awareness about children’s issues in the world by supporting Humanium – through sponsoring a child, making a donation, becoming a member or a volunteer.