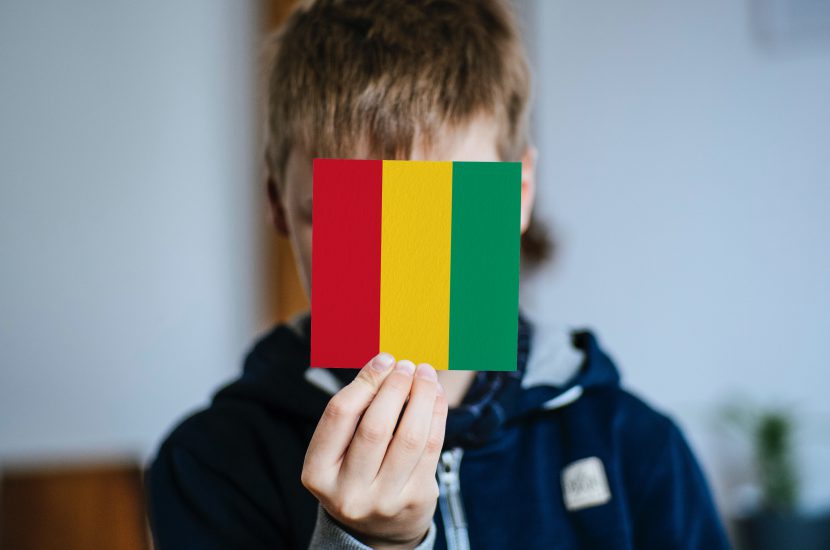 October 18, 2020, marks the day of the Guinean elections. A day of upheaval and instability in a country already plagued by systemic insecurity linked to politics and, more specifically, to the candidacy of the current President of Guinea.

Guinea today is marred by inter-ethnic tensions and the use of firearms against civilians.  In the face of this terror, it is increasingly important to pay particular attention to children who, despite their innocence, are victims of this political crisis.

Elections and Violence in Africa

There are no former heads of state in Africa according to the late Félix Houphouët Boigny, first President of the Côte d’Ivoire (Sepo, 2017, 5). His sentiment so clearly and precisely lays bare the political landscape of so many African states and their defining issue: political alternation. The establishment of a multi-party political system in many sub-Saharan African nations in the 1990s certainly marked a significant shift towards democracy and competitive elections. Nevertheless, these elections provoke fear and anxiety among the general population given the threat they pose to domestic peace and security.

Togo in 2005, Kenya in 2007, Zimbabwe in 2008, Guinea in 2010, and Côte d’Ivoire in 2011: just some examples of times when violence broke out following presidential elections. These disturbances are not confined to politicians and armed groups and they do not spare the general population. The unfortunate reality is that 30 years of democratic experience has done little to free some African nations from this plight. The case of Guinea and its current political crisis following the recent presidential elections is just one notable example.

The Crisis in Guinea

The Guinean crisis began the day after the election of October 18, 2020. It was caused by a stand-off between the current president Alpha Condé and Cellou Dalein Diallo, the main opposition candidate. The electoral commission’s announcement on Saturday,  October 24, of the incumbent 82-year-old president’s victory, with 59.49% of the vote in the elections of October 18, has led to violence in Conakry. Opponent Cellou Dalein Diallo, 68, who proclaimed himself the winner of the presidential election before the results were announced, won 33.5% of votes (Radiodiffusion Télévision Ivoirienne, 2020).

Violence broke out between security forces and civilians, resulting in 21 deaths according to official figures. However, the opposition disputes this figure and estimates that more than 27 human lives were lost. The constitutional council confirmed the victory of the current president on November 7, 2020 (France Télévisions, 2020). The members of the opposition called for civil disobedience and for the international community to act (France24, 2020). However, tensions persist within Guinea despite diplomatic measures taken by the UN, the African Union (AU), and the Economic Community of West African States (ECOWAS) (Ndiaye, 2020).

This post-election crisis, like any such crisis, entails violence. This violence in turn leads to the loss of human life. The most distressing impact remains the devastating effect of these crises on children, whose basic rights are violated.

Child Victims of the Crisis in Guinea

It should be emphasized that by ratifying the Convention on the Rights of the Child (CRC) on July 13, 1990 (United Nations, CRC / C / GIN / 2), Guinea undertook to protect children and guarantee their rights without distinction. The current situation in the country is obviously completely at odds with this commitment.

Thierno Nassirou Sylla and Mamadou Saidou Diallo are both examples of child victims of the police during this period. The facts recounted during the crisis by articles and reports produced by international NGOs detail numerous violations of children’s rights, starting with the right to life, protected by article 6 of the CRC. Thierno Nassirou and Mamadou Saidou were both 14 years old when they were shot by the Guinean police during the protests. Thierno Nassirou was shot in the face and Mamadou Saidou Diallo was shot in the back. According to state authorities, three children have been killed; however, the opposition maintains that the loss of life is greater than the official figures issued by the authorities.

Children’s right to physical integrity was also violated, in particular through injuries caused by security forces. Human Rights Watch notes the shooting of an 18-year-old mechanic that injured his left foot. Some of those injured later died due to lack of access to adequate health care and facilities (Human Rights Watch, 2020).

Articles 8 and 9 of the Convention on the Rights of the Child emphasize the importance of the family bond and children’s right to family life. Sadly Souleymane Barry’s children will be deprived of their father who was shot in the neck and died from his injuries. Souleymane Barry, a 29-year-old trader, left behind two children and his pregnant wife.

Protecting These Children Must be a Priority

Children are more vulnerable than adults. They have neither the right to vote nor much political influence. However, they are, unfortunately, among the most affected by these political crises. They are affected directly as victims of violence and indirectly by the loss of their parents or the denial of their fundamental rights to health, education and a healthy environment.

It is vital that Guinea, and especially its leaders, realize the significant impact of their actions on these children who represent the future of the country. It is therefore essential that they respect the human dignity of these children to prevent them from once again falling victim to politics, as has happened in Guinea and so many other African nations.