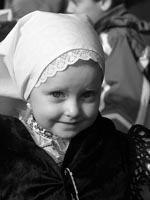 After separating from the Czech Republic and joining the European Union in 2004, Slovakia has made real strides forward concerning the Rights of the Child. However, minorities in this country have been largely ignored, and numerous advances will be necessary concerning such children. 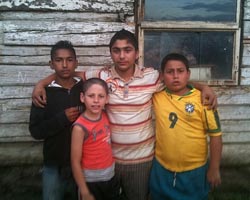 Slovaks generally enjoy a high quality of life. However, minorities in this country are still affected by poverty.

The Romani people, who live in over 600 communities, experience especially harsh conditions. Most of them have no access to electricity, running water, or sewer systems.

Romani children are forced to survive the most difficult living conditions. Their development is likewise harmed by the absence of good nutrition.

One child in 100,000 under 15 years of age dies because of abuse in Slovakia, which is one of the highest rates for any developed country. The death rate of children due to violence doubles if those cases are added for which the cause of death is undetermined.

These numbers are explained by the fact that some families still consider violence as a disciplinary tool, especially in rural areas, where old traditions linger.

99% of Slovak children can attend school. However, the majority of Romani children don’t have the opportunity to attend regular schools. Children’s placement into specialized schools is a case of real discrimination.

These schools are supposed to serve mentally handicapped children, but 80% of their student bodies are Romani children, who show no pathological symptoms.

The schools which take them in offer highly simplified programs, which considerably lower a child’s ability to think. This makes it harder for the children to successfully complete higher education and find a job.

This explains why only 3% of Romani children finish secondary school, and why a cripplingly small percentage (0.3%) earns a college degree.This situation constitutes a violation of the fundamental right to education of the Romani children of this country.

In addition, the Slovak government would prefer to place Romani children in boarding schools. This would not be in the children’s best interests, as they would thus be separated from their family and torn away from their community.

In May 2008, Slovakia adopted a law which forbids discrimination and segregation in the education system. Despite this, the government still hasn’t acknowledged the gravity of the problem, nor taken any concrete measures to rectify the situation.

The Slovak Republic’s laws prohibit the slave trade of children. Still, the country is a starting point, transit area, and, in a lesser capacity, a destination for child victims of the human slave trade, especially in the areas of prostitution and forced labor.

Beyond that, Romani children are often forced into a life of begging. Most victims are recognized as gypsy minors from isolated camps in rural areas of Slovakia.

Laws forbid forced child labor, specifying protection for children against any form of exploitation in their workplace.

However, child labor has not evaporated, and continues to be a real problem in certain communities, especially in the form of begging.

In addition, Slovakia is a stopover country for children who are looking to work in Germany, Austria and other more developed countries in the European Union.

Every person in Slovakia has the right to health care services and free treatment under the Constitution. In this area, minority groups are not subject to any discrimination.

Still, it is sometimes more complicated for children living in rural areas or gypsy camps to access health services, because of a lack of roads and free transportation for poor people.

Slovakia also needs to acknowledge its shortage of doctors, especially in the countryside, which prevents children from undergoing regular medical checkups or accessing emergency care.

Child mortality rates hover around 9‰ for infants and 10‰ for children under the age of five.