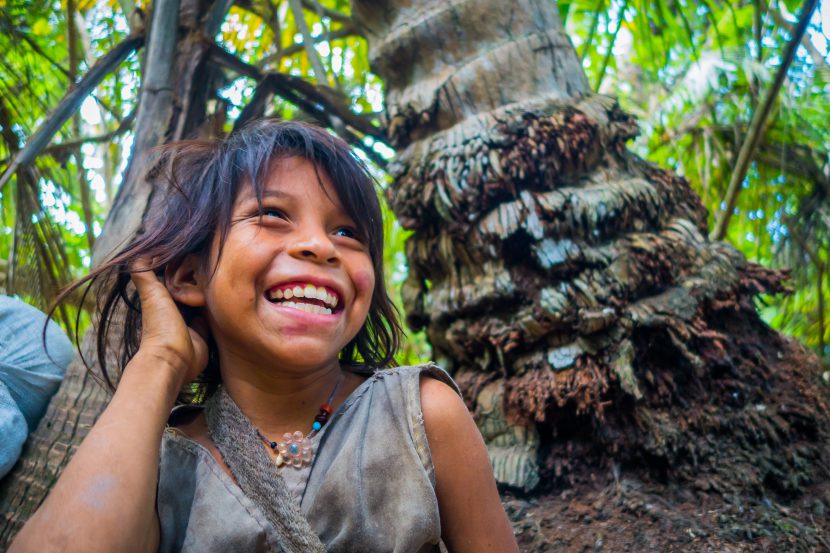 Thank you for reading, Younger Brother. Younger Brother, no matter how old you are, that is who you are to me. You might ask me why. Look around you. Do you see the destruction? Do you see the dwindling forests, the decimated species of animals and plants, the abundant natural disasters, the plastic washing up at your feet on your favorite beaches? Do you feel the heat? I thought so. Well, that’s why.

Deep in the mountains of the Sierra Nevada de Santa Marta in Northeastern Colombia lives a tribe who had chosen to live isolated from the rest of the world for much of their history. It was only around 1990 that they slowly began to emerge from their isolation. Make no mistake, they didn’t lust after our plastic gadgets or toxic processed foods. They were alarmed and, possibly, frightened by the rate of destruction they observed in the immediate vicinity of their mountain sanctuary. And they didn’t even have a television or a computer to see what was going on in other parts of the World…

The Kogi weren’t always mountain people. At the time of the Spanish Conquest they were driven up inland towards the mountains and during the bloodiest years of the civil war between the Government and the FARC (a Colombian armed opposition group) they were forced to even higher altitudes. Michelle Obama’s catchphrase ‘when they go low, we go high’ certainly applies to the Kogi in every possible sense.

“Up to now we have ignored the Younger Brother. We have not deigned even to give him a slap.  But now we can no longer look after the world alone. The Younger Brother is doing too much damage.  He must see, and understand, and assume responsibility.  Now we will have to work together. Otherwise the world will die.“

Mamas are spiritual leaders of Kogi society. The word ‘mama’ is derived from mamos, the Kaggaba (the Kogi’s language) word for the Sun. Every individual, including the mamas, answer to a “single entity”: the World. The Kogi have understood how interconnected our natural world is for centuries.

While industrialized societies kept contaminating the environment in the belief that our oceans and atmosphere were infinite dumpsters, a small mountain tribe in the Sierra Nevada de Santa Marta continued conducting its daily activities careful to preserve the delicate balance between give and take in exchange with Nature.

Future mamas are chosen by divination and begin their 18 year long training after birth. The moros, or trainee priests, spend most of this period living in caves that could be likened to monasteries in “Younger Brother’s world”.  Moros live a life of austerity learning leadership skills and humility. Around the age of 20 they return to their communities as mamas trained in the delicate task of preserving the Universe.

The Kogi are disciplined people. Their society is founded upon strict rules and hierarchy. Does it sound like our western (or westernized) societies in the Industrialized World? It is not quite like that. If we sit down and take a closer look at the drivers of our world we might realize that even autocratic heads of state answer to a single “divine being”: capital. We hear all too much about economic sanctions against this and that state or group of individuals. All these would be undoubtedly pointless if we didn’t care so much about money.

Since their realization of the catastrophe we are facing should we not make drastic changes to our consumerist way of life the Kogi have cared about one thing: blowing the whistle hoping the Younger Brother will eventually wake up before the cliff’s edge. We owe them that we at least try.

Ten things you can do to do justice to the Kogi: