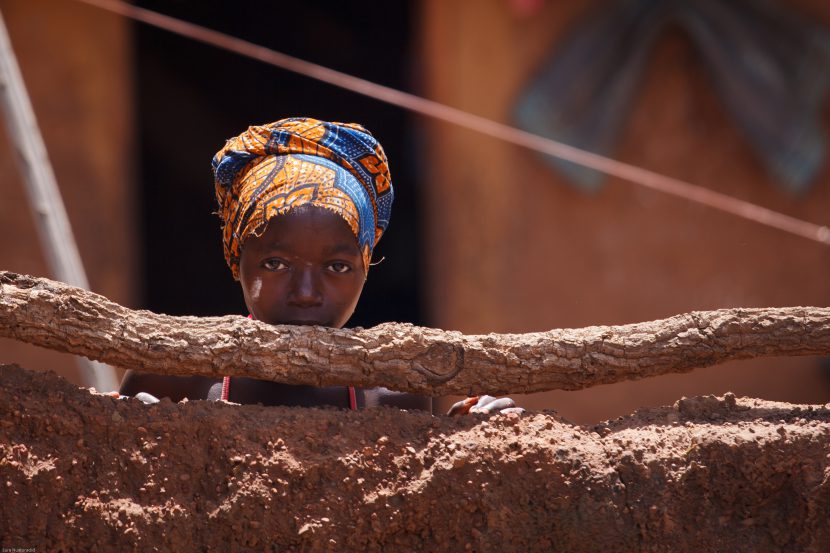 Despite the development of international and national children’s rights and the intensive work of civil society, Zimbabwe is still home to numerous child marriages, threatening the development and well-being of young girls. When a State is unable or unwilling to combat harmful cultural practices, education is the only option.

A public case to shed light on a common practice

The dreadful case of Anna Machaya

July 2021 was marked in Zimbabwe by the death of young Anna Machaya who died in labour, after being married to an adult who was over 15 years her elder. These events took place in the context of practices of the Apostolic Church. Pregnant, the young bride died in childbirth and was buried by her church in the following hours. In the need of a replacement, Human Rights Watch explained that the Church was planning on giving the younger sister of the bride, a nine-year-old girl, as a “replacement” to the widowed husband (Mavhinga, 2021).

Usually kept secret, this case brought light to persisting harmful practices denying young girls their basic children rights. Indeed, child marriage is a rampant practice in Zimbabwe, especially among apostolic churches, which gather millions of followers throughout the country. The UN further assesses that one out of three girls is married before the age of 18: since 2008, 8000 girls in rural Zimbabwe have been forced into early marriages or were held as sex slaves (Linet Sithole, 2019). These practices are perpetuated by religious sects such as the Apostolic churches.

The role of religion in child marriages in Zimbabwe

The limited available data show that child marriage in Zimbabwe is often linked to religion, mainly among the apostolic sects, such as the Johane Marange and Johane Masowe groups. In said groups, it is common for young girls to be forced into marrying older men under the false pretext that church leaders have been directed to do so by the ‘holy spirit’ (Annah V. Bengesai, 2021).

Zimbabwe is a party to several human and children rights instruments, such as the Convention on the Rights of the Child and the African Charter on the Rights and Welfare of the Child. The Protocol to the African Charter on Human and People’s Rights on the Rights of Women in Africa entered into force in April 2008. This Protocol was meant as a way to combat the lack of implementation of the general human rights norms, acknowledging the fact that women in Africa still continue to be victims of discrimination and harmful practices.

However, despite international obligations, Zimbabwean law was scattered and contradicting. Section 70(4) of the Criminal Law Act initially provided that the age limit for sexual intercourse was 16. Worse off, the Customary Marriage Act did not provide any minimum age for marriage. However, these gaps are filled by the Marriage Bill which sets at 18 the minimum age to marry, in line with Section 78 of the Constitution. These slow efforts have been described as a “snail-pace approach” (Linet Sithole, 2019).

Yet, 2015 marked a big legal advancement for child brides in Zimbabwe with the Mudzuru case (Constitutional Court of Zimbabwe, 2015). Two women, former child brides, asked the Court to interpret and apply constitutional provisions on the law on child marriage to address the practice. In this landmark case, the Court ruled that Section 78(1) of the Constitution sets the legal age to marry at 18 years old. It further declared that any law, custom, and practice, which authorises child marriage was unconstitutional.

Finally, the Court held that, as of 1 January 2016, no person, male or female, may enter into any marriage, including an unregistered customary law union or any other union including one arising out of religion or religious rite, before attaining the age of 18. Therefore, from a legal perspective, children’s rights are properly respected and set out, regarding the prohibition of child marriage. However, in practice, the situation differs, and child marriages persist.

…. That is not enforced

Comparative to the amount of suspected child marriage taking place in Zimbabwe, very few prosecutions and sentencing happen, and the government is known to “typically turn a blind eye on the practice” (Chingono, 2021). If one focuses on the case of Memory Machaya, as an illustration of the failure of the State, the failure is apparent.

The husband was charged with the crime of having sexual intercourse with a minor, and for murder, for failing to take his wife to the hospital despite realising the risk she might die. As such, the husband was not prosecuted for the simple fact of marrying a child, despite it being prohibited by law. The limited set of charges did not consider the harmful consequences and violation of the girl’s rights.

It must be noted that the parents were also charged. However, they were merely charged with concealing their daughter’s age by giving the birth certificate of a cousin to the investigators, claiming their child was 22 at the time. While the death of a child causes distraught and pain for the parents, they were the ones who sold their child in this situation, in blatant violation of national law and children’s rights law, against the interest of their daughter. One can wonder if criminalising the conduct of the parents agreeing to these harmful practices could be a way forward, as an incentive for parents to refuse to marry off their underage daughters.

Lack of enforcement can be partly explained by the strong political ties between political and religious leaders. Apostolic Faith groups command about 34% of the population and have therefore been targeted by politicians to gather electoral support (Annah V. Bengesai, 2021). It has been argued that these religious-political ties perhaps explain why policymakers tend to overlook child marriage issues among the Apostolic Faith sect as they fear losing a significant proportion of the electorate (Annah V. Bengesai, 2021).

Ways forward to combat those practices: the power of education

Education as a source of self-confidence and awareness

One of the key elements often advocated for by NGOs and international organizations to counter child marriage is education. A 2017 report on Global Education Monitoring argues that, if every girl would be ensured 12 years of education, child marriage would be reduced by 64% (Malala Fund, 2017). Educated individuals have more self-confidence and a better ability to make their own choice, as well as to make their voices heard (Taylor, 2020). Schools also give the opportunity to girls to be taught about the illegality of child marriages. Indeed, one cannot claim a right if one is not aware of its existence.

Education as an economic booster

Child marriage stems from gender inequalities and thrives in less developed areas. Yet, a child bride, often forced to stop her education, will not develop to earn an interesting wage. However, girls with secondary education (high school) will earn almost twice as much as a woman with no education (Taylor, 2020). Those earnings would be redistributed into the family and boost the economic growth of both the household and the community (World Bank, 2017) (Lisa, 2021).

Enforcing laws banning child marriages and thus securing girls’ education would lead, in the long term, to the economic growth of the targeted regions. As such, States, and in this instance, Zimbabwe, should not negate the economic power of education. Current projects led by various organizations and funded by the World Bank confirm this hypothesis, reducing the risks of child marriages by 58% (World Bank, 2017).

The education of girls is a tool but is not enough. Indeed, young girls often do not make decisions for themselves, but rather follow the decisions made by their parents or higher members of the community (here more specifically religious leaders). Therefore, educating decision-makers is the key to combating child marriages. Indeed, parents tend to believe that marrying off their young daughters will give them safety and is also seen as an economic investment (Buitenbos, 2021). Parents and communities should be educated about the harmful effects of child marriages and the beneficial consequences (both social and economic) of ensuring education to all girls.

Annah V. Bengesai, L. B. (2021, June 9). The impact of girl child marriage on the completion of the first cycle of secondary education in Zimbabwe: A propensity score analysis. Accessed on 18 October 2021, from journals.plos.org.