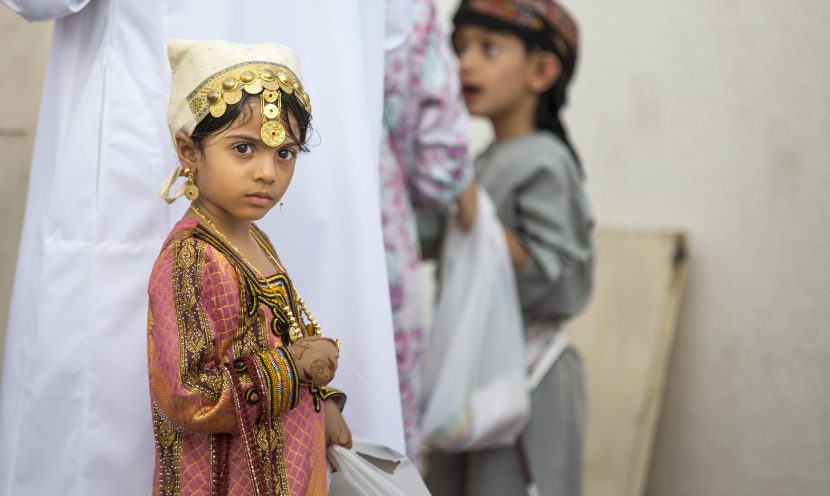 COVID-19 has exacerbated pre-existing vulnerabilities and amplified human rights challenges across the globe. In the Middle East and North Africa (MENA) region, young children from at-risk populations – girls in particular – have been forced to face an array of new hardships including an increased risk of child marriage. A recent public statement from UNICEF stated that the pandemic may force an additional 10 million girls towards child marriage across the globe (Diab, 2021).

With the MENA region accounting for 40 million of the world’s 650 million child brides, there is growing concern that the pandemic’s effects will increase the number of girls forced into early marriage (UNICEF 2021). In particular, the pandemic threatens to catalyse higher rates of child marriage among Syrian refugee communities across and throughout the region.

The definition of child marriage

Child marriage – also termed ‘early marriage’ – is broadly defined as a legal or customary union involving a boy or girl under the age of 18 (UNICEF, 2021). Marriages entered into without consent are defined as “forced marriages” and child marriage is often subsumed by this broader definition because children under 18 are deemed incapable of providing valid consent in many jurisdictions (UNICEF, 2021).

The world hosts in excess of 650 million girls and women who were married as child brides (UNICEF, 2021). The MENA region produces roughly 700,000 child brides each year; one in five girls are married before the age of 18 in the region, similar rates to the global average (UNICEF, 2021). Child marriage is a “severe human rights violation” that frequently deprives children of other rights: education, health, well-being among others (UNICEF, 2021). As child marriage disproportionally affects girls, it is a large-scale manifestation of gender-based violence which reflects the continued existence of patriarchy and gender inequality (UNICEF, 2021).

The international framework for the protection of children against child marriage is spread across numerous instruments. Article 19 of the United Nations Convention on the Rights of the Child obliges states to take all appropriate measures to protect children from all forms of ‘physical or mental violence, injury or abuse, neglect or negligent treatment, maltreatment or exploitation, including sexual abuse, while in the care of parent(s), legal guardian(s) or any other person who has the care of the child’ (United Nations General Assembly, 1989). These obligations include, under Article 19, a responsibility to establish social programmes and protective mechanisms to both prevent and follow-up on instances of child maltreatment (United Nations General Assembly, 1989).

Regionally, Article 21 of the African Charter on the Rights and Welfare of the Child protects children against harmful social and cultural practices (African Union, 1990). Further, the Charter places an obligation on state parties to eliminate practices which are prejudicial to the health of the child and discriminatory to the child based on sex or other status (African Union, 1990). The Charter explicitly prohibits child marriage and mandates the implementation of national legislation which requires all marriages to be registered and outlaws’ marriages of minors under the age of 18 (African Union, 1990).

The importance of the MENA region

The MENA region is blighted by an array of overlapping factors which increase the risk of child marriage. The recent prevalence of conflict and civil unrest in Syria has birthed thousands of refugees who make up some of the region’s most vulnerable adults and children. Nearly six million Syrian refugees are registered asylum seekers in the region (Diab, 2021).

Cultural and religious perceptions of women as inferior to men push more girls into child marriages, exacerbated by low rates of education within and throughout the region. Case study examples help to illuminate some of the challenges forcing young girls into undesired marriages.

To combat these challenges, in 2014, Egypt developed a National Strategic Plan (NSP) for the prevention of child marriage which aimed to reduce the phenomenon by 50% in five years (UNICEF, 2021). The National Council for Childhood and Motherhood (NCCM) supported this framework with the establishment of reporting mechanisms, various helplines and other forms of support for women and children (UNICEF, 2021).

Beyond the refugee crisis, a cultural desire to avoid ‘sutra’ – an Arabic word for the importance of life security and protection from hardship – is accepted by many Jordanians from a variety of religious beliefs (UNICEF, 2021). This drives families to view child marriage as a vehicle to realise stability and security for vulnerable girls. Legally, although the minimum age for marriage was recently elevated to 18, exceptions permit girls to be married as young as 16 in contrast with international norms and standards (Equality Now, 2021).

Inconsistency in the registration of refugees leaves more and more children vulnerable to abuse, particularly as Lebanon does not have any laws in place prohibiting child marriage (Diab). Without a legal framework, instances of child marriage – which was prevalent in Syria before the conflict began – have increased dramatically in Lebanon.

These marriages occurred despite the country’s family code, Moudawana, which expanded women’s rights to include an elevation of the minimum age of marriage from 15 to 18 (UNICEF, 2021). However, like Jordan, this law granted exceptions to the age requirement by way of discretionary judicial powers, nullifying the effectiveness of the legal provisions.

The effects of Covid-19

Globally, COVID-19 has worsened conditions for the world’s most vulnerable. In the MENA region, impoverished communities find themselves even further isolated from society, with schools shut and institutions closed (UNICEF, 2021).

Stay at home orders and other lockdown measures have triggered increases in gender-based violence and secluded vulnerable women and girls from support mechanisms (UNICEF, 2021). Noting the far-reaching effects of COVID-19, the United Nations General Assembly (UNGA) called for more dynamic efforts to combat the child marriage in its fourth resolution on child early and forced marriage (CEFM).

Specific to the refugee populations in the region, a surge in pandemic-induced poverty and the inaccessibility of social services places migrant girls in an especially vulnerable position (Diab, 2021). Greater economic hardships appear to be pushing more migrant families to marry off their girls to escape poverty.

Ongoing UNICEF initiatives in Jordan and Morocco are working to both reframe social norms in refugee camps and advocate for legislative reform across the region (UNICEF, 2021). These interventions have helped illuminate several avenues for future progress (UNICEF, 2021):

We, at Humanium, strongly condemn such behaviour. We are, through our projects, such as the one in India, actively working on reintegrating girls into public schools and therefore ultimately building a world in which girls’ rights are respected, protected and fulfilled precisely through education. If you would like to contribute to achieving a better world for girls, consider becoming our member, sponsoring a child or making a donation.

African Union. (1990). “African Charter on the Rights and Welfare of the Child”, Organization of African Unity, retrieved from Refworld, accessed on 10 November 2021.

Equality Now, (June 2021). “Ending Child Marriage in Jordan: A Bride With a Doll”, retrieved from Equality Now, accessed on 10 November 2021.

United Nations General Assembly. (1979, December 18). “Convention on the Elimination of Discrimination Against Women.” A/RES/34/180, retrieved from Refworld, accessed on 10 November 2021.