Children of United States of America

Realizing Children’s Rights in the United States of America 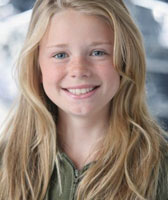 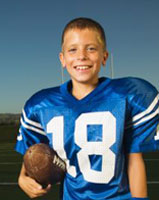 The United States is the only country in the world that has not ratified the Convention on the Rights of the Child. Generally speaking, American children’s rights are adequately protected, but considerable problems still exist regarding health care, child abuse, juvenile law, etc.

Main problems faced by children in the United States of America:

At the end of 2010, the US Department of Agriculture reported that about one in four children suffered from hunger in the United States. The poverty rate among children under the age of 18 has risen to approximately 20 %, but this number varies based on a child’s ethnic and social background. For example, 43 % of African-American children live in poverty.

Poverty has a wide-ranging impact on children’s lives, as poor children are usually in worse health and have fewer opportunities to attend higher education.

Each year in the United States, more than 3 million cases of child abuse are reported. A lot of them have been subject to physical violence, and almost 10 % of these have been sexually abused. An estimated one thousand children per year die as a result of violence or neglect in the US. Most of the time, they are younger than 4 years old.

In addition, the Department of Education reported in 2007 that 200,000 students had suffered corporal punishment at school. Handicapped children are usually the primary victims of such crimes.

Cybercriminals are especially prevalent in the US. The organization “Love Our Children USA” has reported that one in four children has been harassed online. Virtual bullying is often linked to real life at school: violence is regularly recorded on camera phones and posted on the Internet. Many children are also exposed to pornography on the Internet, and American children’s rights organizations are determined to ensure that the authorities pass more effective measures for protection.

The Right to Health

More than 8 million children in the United States have no health insurance, meaning about one in ten children. Thousands of others are underinsured, which impedes their right to quality health care services. Statistics show that these children are ten times less likely to receive treatment for conditions such as diabetes, asthma, oral diseases, and obesity. Children of ethic minorities (African-Americans or Hispanics) are more at risk than others : almost a quarter of them are not vaccinated against the most common serious illnesses.

Although child labour laws have been well enforced in the US, thousands of children, especially Hispanics, work in arduous agricultural environments. They work 14 hours a day during the harvest season, and usually end up abandoning their studies. They are also exposed to pesticides and other agrochemical treatments, which can cause serious health problems.

Reports show that 12 million American families struggle to afford enough food. This affects children in particular, causing anxiety and serious medical problems, such as immune system deficiencies or mental illnesses. Malnourished children are statistically less likely to perform well in school, and many have problems reading and writing. There is also a considerably higher dropout rate among such adolescents.

At the same time, many young Americans suffer from obesity: almost one in three are considered obese or overweight. Again, minorities are more affected than others. Paradoxically, about 45 % of obese children come from difficult social circumstances. Overconsumption of sugary beverages and a lack of activity are the main causes for children becoming overweight.

The American penal and criminal law has many articles that contradict the Convention on the Rights of the Child (CRC). First, detainees who were minors at the time of the crime can be sentenced to the death penalty, which is still legal in some states. This does not adhere to article 37 of the CRC, which states that the death penalty is not a suitable sentence for crimes committed by minors.

In addition, Human Rights Watch found that in 2009, over 2500 prisoners were serving a life sentence for crimes committed before the age of 18. These young detainees were held without the possibility of parole, which also contradicts the CRC (article 37a). The United States is the only country in the world which allows this practice.

Although the United States has ratified the Optional Protocol to the Convention on the Rights of the Child on the involvement of children in armed conflict and has adopted a resolution to avoid the use of minors as soldiers in armed conflicts, active NGOs have revealed the use of over-aggressive recruitment tactics in the US Army, and the presence of many 17 year old soldiers within its ranks.

The US government also continues to provide military support for countries that are known for their use of child soldiers (notably: Chad, the Democratic Republic of Congo, Sudan, and Yemen). The US has not applied the sanctions specified by the Child Soldiers Prevention Act, ratified in 2008.

Worrisome too, is the capture and detention of foreign child soldiers in the US (especially in Guantanamo Bay). The US does not recognize them as detained minors or as child soldiers; instead, they are seen as terrorists and judged as adults, and they are rarely allowed any benefits from mitigating circumstances.

Environment and Views of the Future

As a result of their lifestyles, each American citizen produces an average of 19 tons of CO2 per year, which makes the United States the most pollution-producing country on our planet. If everyone worldwide consumed as much as Americans, we would need more than nine Earths to survive.

This of course influences children’s views of the future, as they will have the looming responsibility of dealing with the negative consequences of pollution on our health and on nature. All children have the right to grow up in a clean and healthy environment. The government must increase its efforts to reduce the ecological damage caused by human activities.