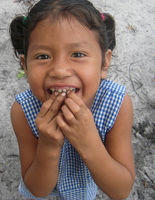 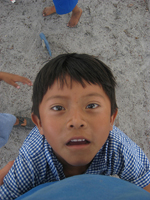 Although Guyana has shown its willingness to improve living conditions for children, they have not put forth enough effort in many areas. Right now the country is heavily in debt and cannot provide economic aid for its impoverished population. Racial tensions and political instability also detract from a complete fulfillment of children’s rights.

Guyana is one of the poorest Caribbean countries. 35.1% of the population lives under the poverty line of $1 per day. This leads to numerous cases of malnutrition and other childhood difficulties, including forcing children to work in order to meet their families’ needs. 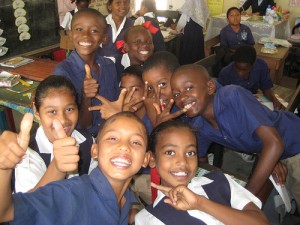 An increasing rate of children, especially boys, abandons their schooling in order to work and fulfill their responsibility to their families’ economic situation. This is due to the equally troubling low quality of education, due to a lack of teachers and their relatively short training period.

In addition, a large number of mostly Amerindian children live in isolated or inaccessible areas, and thus cannot regularly attend school. This causes even more disparities in education between back country regions and the rest of the State. 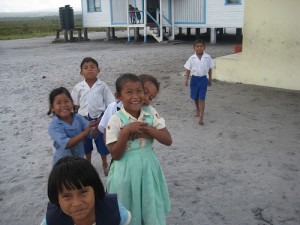 Physical punishments are still a common practice in Guyanese families, schools, and other institutions. National laws do not forbid these practices, which are deemed “Instructive” by some parents and teachers. Such violence is also the result of broken families, difficult socio-economic conditions, and holes in social services.

From 1999 to 2006, reported cases of violence towards children rose from 87 to 310 per year. But these numbers only represent a small part of abuse cases: the most extreme.

Boys can also be sentenced to physical punishment under the law, both by whipping and by caning.

The justice system set up for minors is not compatible with the principles and provisions of the Convention on the Rights of the Child. First, the age of penal responsibility is set at 10 years old, which is too low. Minors of 17 years old are also tried as adults, and may receive the same sentences.

There are no centers to receive juvenile delinquents, which is troubling, as minors could receive prison sentences which put them in the same prisons and under the same rules as adults. This causes very difficult detention conditions. 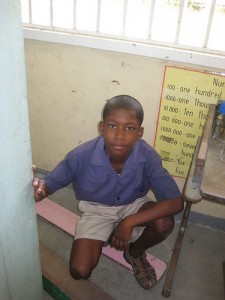 Discrimination is still present against young girls and other vulnerable groups, particularly minorities, the poor, and handicapped children. The constitution does not explicitly prohibit discrimination against the handicapped.

The State has not provided any services for handicapped children. Buildings and public transportation are generally inaccessible. This lack of integration policy causes children living in isolated areas to be doubly disadvantaged.

Amerindian children also suffer from discrimination: their living conditions, the degradation of their natural habitat, and the fact that education is not offered in their native language, prevent their rights as written in the Convention from being completely fulfilled.

Although the child mortality rate under 5 years old has been cut in half over the last 10 years to 33‰, it is still too high. This is caused both by a high number of malaria cases, especially among Amerindian children, and by an increasing number of children suffering from malnutrition, mostly due to iron deficiency anemia. 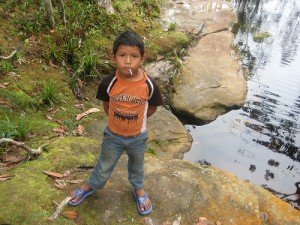 Another problem is the high rate of teenage pregnancy, in part due to a lack of sexual education. This lapse by the State also leads to a rapid progression of HIV/AIDS among young people. Many children and teenagers have been infected.

Although the law requires parents to declare their children’s births, a significant number of minors are not recorded. This happens mostly in rural regions and among the Amerindian population because of rising costs of registrations and the necessary travel for families who live far from major cities.

Although few studies have been conducted on this subject, it is undeniable that many children between 5 and 14 years old work in very difficult conditions. Most of them do not earn money, either through exploitation or because they are helping family. Child labor causes children to drop out of school early and live in poor conditions, and sometimes live in the streets, where they are vulnerable and exposed to many dangerous situations.

Children in the Streets 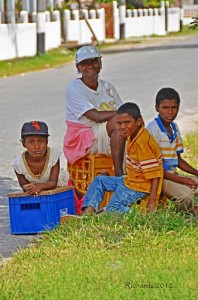 An increasing number of children are living in the streets, either as orphans or far from their families, because of a lack of governmental measures meant to address the problem.

These children do not attend school and have terrible hygiene, gathering around restaurants, fast-food chains, and supermarkets in the downtown business area of Georgetown. They sleep on makeshift cardboard beds on the city sidewalks.

These children survive by stealing or working as fruit vendors. Because of their situation, they are more likely to be victims of every kind of violence, including sexual. Without a family life, drug usage is common among these children. The lack of adult supervision drives many of these minors to criminal activity, including theft and drug trafficking.