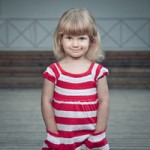 Since its integration into the European Union, Estonia has made a significant effort concerning the Rights of the Child especially in relation to the exploitation of minors, in terms of health care, and in education. Nevertheless, poverty linked to the economic crisis has seen a rise in child prostitution and sexual tourism in the country. What is more, the mistreatment and trafficking of children continues to persist in Estonia. 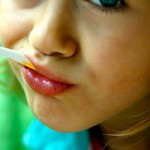 In Estonia, more than one in five children live below the poverty line (living on less than $1.25 per day). The European economic crisis has ravaged the country. The level of unemployment is still high (12.5% in 2011), with children suffering in particular from this problem. Poverty has inevitable consequences on their diet and many are found to be malnourished. To overcome this, some children are forced to prostitute themselves or to work illegally.

In certain regions, more than 50% of the population does not speak Estonian. In order to facilitate access to official information, the government has put in place information services in Russian. Despite the applied efforts to integrate minorities, discrimination persists, especially in relation to employment.

Because of language constraints, Russian-speaking communities (which represent 30% of the population) claim to be victims of discrimination in terms of their salary and their work. In effect, public sector employees as well as those working in the service and health care sectors must be proficient in Estonian.

In this way, the level of unemployment amongst Russian-speakers is practically twice that of Estonian origin. Children naturally suffer from this discrimination, which engenders a lower quality of life, or indeed poverty, therefore limiting their access to the elements essential to their normal development.

Moreover, some migrant children suffer from racist discrimination and agression, in particular racism coming from extremist organisations such as neo-Nazi groups.

In addition to this, some migrant families are victims of harassment from state authorities, notably from border control forces.

Estonia is a point of transit and destination for the traffic of women and children. Some children are treated like slaves in this country that receives and exports human beings like a commodity. Thousands of children are the victim of such activities. Some work without a salary and in terrible conditions for the profit of their so-called « employer. »

Once their passports, visas and other administrative documents are removed, these « employers », exploit the children as much as they please. Sometimes, they even go so far as to brutalise them. The sectors most affected by such activities include the agricultural, building and construction, and industrial sectors, as well as work in domestic households.

Nevertheless, the Estonian authorities go to great lengths to stamp out this scourge.
Sexual exploitation of children

Since the fall of the Soviet Union, the traffic of children destined for sexual exploitation in western Europe and in the United States has not ceased to increase.

The rise in sexual tourism has become a serious problem in Estonia. Whilst integrated into the European Union, the Baltic states remain economically weaker than the EU average. Taking advantage of the relatively low cost of living and its geographic proximity, some pedophiles from western Europe come to Estonia to prey on vulnerable children.

Whilst today this problem remains a marginal one, touching a small number of children, Estonia must nevertheless continue its efforts to prevent this type of sexual tourism.

Mistreatment
In Estonia, the courts have the power to place children in state orphanages if they are deemed to be a victim of parental violence and are in real and immediate danger. The future prospects of these children however is grim. Each year, 1,200 additional children find themselves in this situation, with half of them being placed in foster families. These families however are not trained to receive abandoned children, as often their primary objective in fostering children is to receive money from the State.

In this country, there is no longer a distinction between mistreated children and orphans. Today, the majority of the youth living in orphanages do actually have parents, yet the parents often have problems with addictions, which has lead them to violence. These children, the majority of which are Russian-speakers, are scattered throughout the 35 administrative structures of the country. With very few being adopted, these children fall under the care of the local powers at the age of 11. It is exceptionally rare that they will return to live with their biological families.

These changes are destabilising for a child that has already been through traumatic experiences. Many, lacking a chance at proper integration, will become delinquents, turn to drugs or become alcoholics.