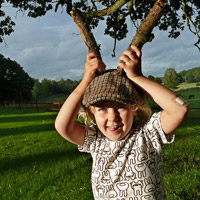 Those who have visited Sweden often see the country as a children’s paradise. Though the country indeed respects children’s rights there is much still to be done, especially in terms of violence towards children and the reception of immigrants.

The main criticism against Sweden is that children’s rights in the country are implemented inconsistently. In reality, there are huge disparities between municipalities and even between regions as these entities possess much autonomy on children’s issues. This means that some young people are less protected than others because they live in places where their wellbeing and specific needs are not sufficiently taken into account.

Sweden has refused to sign the International Convention on the Protection of the Rights of All Migrant Workers and Members of Their Families. Illegal migrants and asylum seekers alike are increasingly sent back to their countries of origin, without correctly taking into account the risk of torture or persecution to which these populations will be exposed. 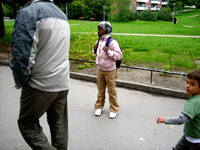 The fate of child migrants or young asylum seekers is left in the care of municipalities’ social services where their needs are not always sufficiently considered. A worrying number of non-accompanied child asylum seekers have disappeared from Swedish reception centres, thus becoming particularly vulnerable to abuse and exploitation.

Children without residency permits only have the right to access emergency medical care and rarely have the opportunity to study. This restricts their development and integration.

In addition, lodging a request for family reunification is sometimes like completing an assault course and doesn’t always end in success, even for people who have been granted refugee status. This means that children are separated from their parents and sometimes left in dangerous situations where their rights are not respected.

Citizenship in Sweden is acquired by blood right. In order to obtain it automatically, a child must have at least one Swedish parent. Children born to stateless parents are thus stateless themselves until their parents obtain Swedish nationality unless they hold a permanent residency visa.

The lack of identity makes these children “invisible” in the eyes of society and therefore vulnerable to discrimination and exclusion. They cannot access certain services, nor can they obtain the protection of minor status.

Since 2000, immigration has become increasingly frequent in the country. This has provoked a rise in xenophobia, racism and discrimination to the detriment of child refugees, asylum seekers or children who belong to migrant families, as well as those from minority backgrounds.  For example, many Roma gypsy children are subjected to bullying at school. Acts of anti-Semitism and Islamophobia have also been observed and recorded.

Disabled children also often have difficulty accessing the appropriate services and accommodations. This harms their social integration and stops them from realizing their full rights. Besides, the total number of these children is unknown due to a lack of statistics.

Swedish teachers can now ban pupils from wearing the veil at school in some situations including laboratory classes or debates. This decision has been criticized as it leaves access to the fundamental right to education up to the teacher’s discretion.

Swedish children and teenagers are becoming increasingly affected by obesity. A study from 2011, the first of its kind to be carried out in the country, revealed that 17% of children of 7-9 years of age were overweight and 3% were obese. These weight issues are the cause of several health concerns, including heart, lung and joint problems.

Furthermore, the number of children experiencing psychological distress is on the rise. Excessive alcohol or drug consumption, suicide attempts and other acts of self-harm are becoming more frequent, which is putting the health of young people in danger. The problem of drug addiction among teenagers is not being correctly addressed by current organizations, and no statistics are available on this subject.

Isolation is still authorised and used as a form of punishment in juvenile detention centres. This practice which confines a child to a cell alone and limits all contact with other human beings can have serious psychological consequences. 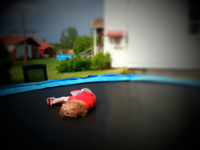 Despite the ban on slapping or spanking children in Sweden, there are a worrying number of cases of abuse, neglect and other forms of violence against children. A study carried out in 2008 showed that up to half a million children could be considered to be at risk because they live with a parent who is dependent on alcohol or drugs, is violent or has a mental disability.

Legislative measures and preventative actions have been implemented, but there is much still to do. Domestic violence is not yet considered an offence under the Penal Code.

Many children are taken from their families and placed in reception centres each year. Others run away or have to leave their homes. In all cases these children, deprived of parental protection, find themselves in vulnerable situations and risk having their rights violated even more. This is all the more worrying because the control and follow-up services of these establishments are insufficient and there is no complaints procedure for these children without parental protection.

Child exploitation for all ends is formally banned in Sweden. However, in 2010 the Committee on the Rights of the Child expressed worries over the extent of the trade in children for sexual and economic exploitation. Illegal child migrants who have no protection are particularly vulnerable. Hundreds of young Romanian, Russian, Nigerian and Albanian girls, among others, are brought to Sweden every year for prostitution. However, the exact number of child victims is unknown, as no study examining the issue has been carried out.

Sweden is far from being a clean country as it emits 5.3 tonnes of CO2 per inhabitant. This has a direct and harmful effect on the lives of children and their future prospects. Their right to live and grow up in a clean environment is not respected.