Georgia, which is located in the Caucasus region, has experienced years of extremely cruel armed conflicts. Children have suffered enormously and although their situation is now improving, it shows that certain people are still ignorant of their rights.

Almost one third of the population of Georgia lives below the poverty line. All the same, the country has had much economic progress, which has considerably reduced poverty but it is clear that it still exists. However, poverty affects the population very unevenly, as it depends on where they live. It has many harmful consequences for children, particularly in view of their access to accommodation, health services, education, etc.

The Georgian Constitution strongly guarantees the rule of no discrimination. Despite this, discrimination exists widely in the country. Thus, minority children, disabled children, refugees and even those from poor families are constantly victims of discrimination. They also suffer many other problems, which put a considerable strain on them enjoying their most fundamental rights.

Sexual discrimination also occurs in Georgia. Thus in practice, young girls do not have the same rights or options as boys.

In recent proposals, Georgia has made health one of its priorities and this endeavour has helped make a considerable progress in this area. However, there are still worrisome problems that require the state’s attention.

Lately, pregnancy has become a source of many problems and as it poses dangers for women and unborn children by resulting in a high death rate of newborn babies as well as an increase in premature births. 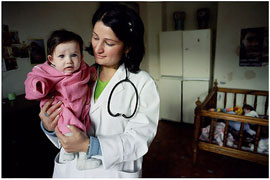 In addition, geographically speaking, there is no guarantee that the available health services is be sufficient to cater to the entire population. This is illustrative in the fact that most remote rural areas do not have buildings and adequate materials to provide decent health facilities. In addition, in certain regions, the water available is of poor quality and this considerably increases the risks of disease and complications.

Almost 20% of children in Georgia are made to work in order to provide for their families. Because of their youth and ignorance, employers are often able get away with giving them extremely dangerous tasks with knowing that they will not complain. Hence, the working conditions of such children are often difficult, harsh and exhausting.

It is tragic to note that certain families encourage their children to work without sending them to school, due to their fragile economic situation. There are many unfavourable consequences of such a practice as it not only affects their physical health but also their morale, education and future.

In Georgia, the repercussions of armed conflicts are still largely visible, especially with relation to children. In fact, many children have suffered physical and mental trauma due to the violence they have seen.

In addition, approximately 30,000 people have been displaced because of conflicts and have become refugees in camps. Their new living conditions are in no way conducive for a child to develop in as there is limited or no leisure, sports or cultural activities and is rather detrimental for growing children as such activities provide them with many physical and mental benefits.

The Right to protection 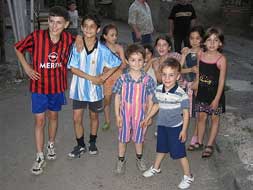 The Convention on the Rights of the Child (CRC), which was ratified by Georgia, guarantees Protection as a children’s right. However, though children are theoretically kept in a “safe environment” to ensure that they get the best protection possible, realistically, they are still sometimes found in insecure and dangerous situations.

Illustrating such concerns are certain surveys which reveal that children have been victims of arbitrary arrests, bad treatment and roughness from presumably none other than the police. In addition, conditions of arrest are terrible as youth can be jailed very early, since the age of penal majority in Georgia is 12 years.

Similarly, even the family is sometimes unable to ensure the safety of the child. In fact, many children are victims of child abuse in their own homes. However Georgia is acting to eradicate this violence particularly by banning corporal punishment in schools, although this is widely accepted and occurs within families.

17 % of young women in Georgia are forced into marriage before the age of 18. They are therefore prepared for their duties as a wife very early on. These marriages often have detrimental repercussions on the health of young women who do not yet understand the consequences of marriage.

The Right to identity 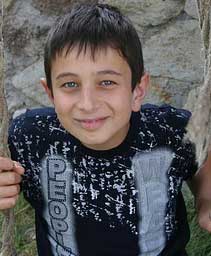 In Georgia, the rate of registering births is not very shocking as 92% of births are officially registered. However, with regards to applying the right to identity, it has many discrepancies. In fact, registering births today is much less common in children of minority groups, as well as children who are refugees or displaced. This brings about many major difficulties for these people because they cannot enjoy their rights as they are considered invisible in the eyes of society.