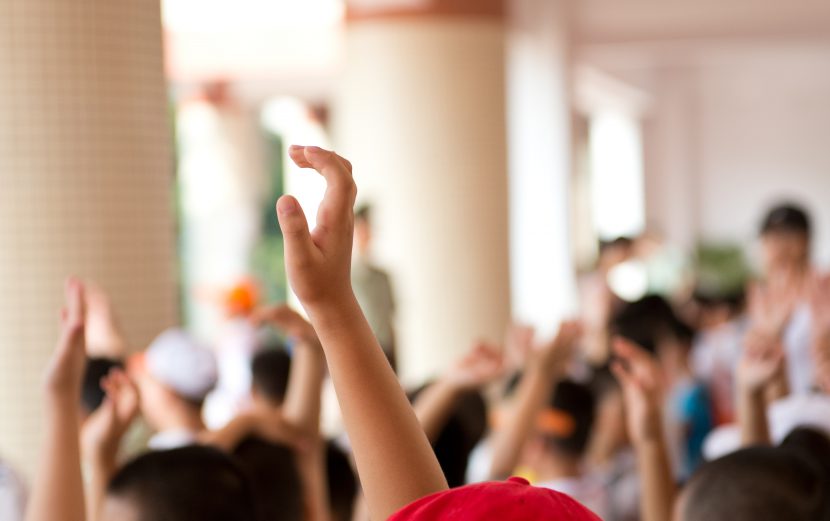 In light of the Annual Day on the Rights of the Child held on 1 March 2021, Humanium participated as a facilitator and member of a working group on the Sustainable Development Goals (SDGs) to gather the voices of children around the world. This was made possible thanks to Child Rights Connect, which brings together several large organizations to coordinate and give coherence to the group work of NGOs on children’s rights issues.

The voice of children: an indispensability

This consultation is part of a long process in which children from around the world have informed the UN Human Rights Council of their ideas and insights on their life experiences of the SDG topics: ending poverty, development, climate change, access to justice and more besides.

“It is us who understand the challenges we face, more than anyone else. Yet decisions about us are made without our consent or involvement, because we are invisible to everyone.”

– Juan [1], one of the children during the consultations

Organizations and other actors have led the first participatory workshops with children, who learned about the SDGs and the UN missions on these topics. The children had the opportunity to give their opinions on some SDGs and ask questions. Thanks to this initiative, the children were able to participate in smaller consultations where they met a UN delegate, who gathered all the ideas and conversations.

Humanium had the honor of meeting children from many Latin American countries during consultations with the UN delegate. We moderated the event for the children from Latin America and made it easier for them to speak up. They were therefore able to elaborate on their experiences in relation to the SDGs.

“[I] believe in myself, I know I can do a lot of things, but it has been a long road from being a helpless and isolated girl to become a strong, determined and independent girl. I don’t cry anymore, I do things now. My friends and I do a lot of things to make our lives better here. We fixed up our school, which was in very bad shape.”

– Silvia, one of the children during the consultations

The children raised many of their concerns about Covid-19 and its impact on their education and their country’s economy. They shared a lot about poverty and daily discrimination, and the major issues of nutrition and infant mortality.

Access to an adequate health system was also frequently mentioned, in an increasingly strong link with access to sexual education, and the fight against domestic violence. All this without forgetting of course the development issues that have been of great concern to the children consulted. These not only related to climate issues and urgent measures to be taken, but also to the corruption present in their country and the road to building a State that takes care of its citizens, and thus its children.

“I think the primary concern of young people is police abuse against young black people. We see this every day in our communities. The young black community are afraid most of the time and many avoid the streets.”

– Lucas, one of the children during the consultations

In total, 17 consultations were held, with 449 children aged between 6 and 17 from at least 25 countries spread over 5 regions: East Asia, Latin America, Sub-Saharan Africa, Europe, and finally the Middle East. The objective being to give a voice to voiceless children, all this information is to be collected for both the International Day of Children’s Rights and subsequent events.

“By 2030, [States must] ensure that all men and women, especially the poor and vulnerable, have equal rights to economic resources, as well as access to basic services, ownership and control of land, in addition to other forms of property, inheritance, natural resources, appropriate new technologies and financial services, including microfinance.”

– Maria, one of the children during the consultations

Indeed, after this annual day comes the High-Level Political Forum. Through all these efforts, the hope is that children’s experiences and world views can be conveyed in the UN General Assembly resolution on children’s rights and in the SDGs.

[1] Participants’ names have been changed for confidentiality reasons.